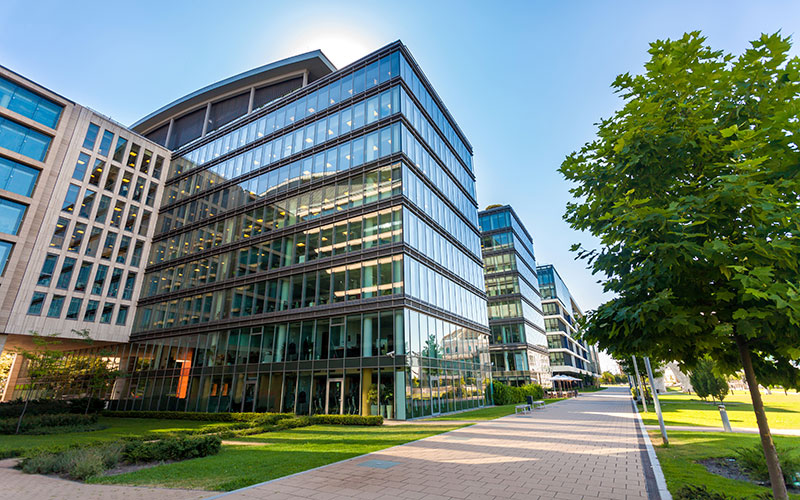 The UK’s commercial property capital values rose 0.3 per cent in December, according to the CBRE’s Monthly Index.

This represents the first time that values have risen at the all-property level since October 2018.

Capital value growth for the year was down by 7.6 per cent.

In December, rental values were flat at 0.0 per cent, the first time in 10 months that a decrease has not been posted, taking annual growth down by 2.5 per cent.

In December, the industrials sector reported capital value growth of 2.7 per cent, the largest monthly increase for the sector in the history of the index.

This takes annual growth to 4.8 per cent, making industrials the strongest-performing sector for five consecutive years.

December total returns were 3.1 per cent, another record-breaking monthly increase, and 9.9 per cent for the year. Industrials South East outperformed over the year with total returns of 11.4 per cent.

Office sector capital values increased 0.1 per cent in December, the first increase in values since February 2020.

This was driven by central London offices, where values rose 0.7 per cent over the month. The fourth quarter posted capital growth of -0.6 per cent for the office sector with annual growth coming to -4.2 per cent, the weakest annual performance since 2009.

In December retail capital values weakened by a further -1.0 per cent.

In 2020, retail was weakened by shopping centres, which reported falls in capital and rental values of -30.0 per cent and -13.6 per cent respectively, the subsector's weakest-ever annual performance. In December retail total returns were -0.4 per cent, taking annual returns to -11.6 per cent.

Toby Radcliffe, research analyst at CBRE, said: “2020 was a year of remarkably different sectoral performance, reporting the greatest divergence between the strongest and weakest performing sectors in the index’s history (at 21.5 percentage points). Throughout the year the retail and (to a lesser extent) office sectors were challenged by the external pressures imposed by the Covid crisis. Meanwhile, the industrial sector thrived.

"The sector responded to 2020’s challenging environment posting a strong annual performance including December’s record-breaking capital growth and total return. Consequently, 2020 ended on a positive note with all property capital value growth tentatively moving back into positive territory for the first time in over two years. However, with the UK starting 2021 in a third national lockdown the extent to which the industrial sector can continue to bolster the all property performance remains to be seen."