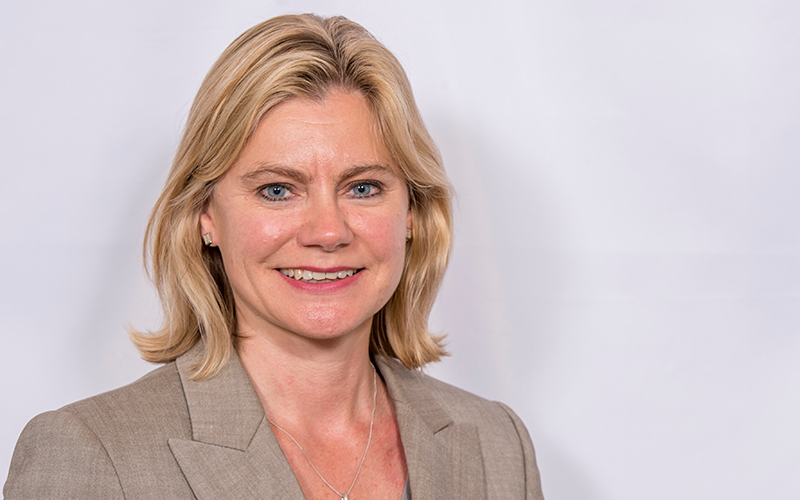 Sean Haley, regional chairman at Sodexo UK & Ireland, said there were elements in chancellor Rishi Sunak’s Budget that were “extremely encouraging” and “positive” such as the increased funding for the Levelling Up Fund. But, he felt that it missed the chance “to clarify for the nation exactly what levelling up will entail”.

Haley said: “The issues behind geographic inequalities in this country are deep-rooted, varied and not easily resolved. But if this policy – which played such a starring role in the manifesto – is to start delivering, then I feel strongly that social value must be embedded right from the beginning.”

He said Sodexo had put its support behind former education secretary Justine Greening’s 14-goal proposed framework for levelling up. The framework, ‘Levelling Up Goals’, provides the “clearest iteration of the areas that must be addressed if this challenge is going to be met head-on and, most importantly, it provides a structure for measuring progress”.

Haley added: “While this kind of systemic change must of course be led by government, we all have our roles to play and I would strongly encourage business leaders to review these 14 goals and determine how their own social impact could be measured against this framework.”

Business rates and the green agenda

Although the government’s business rates announcement was widely welcomed, some questioned whether they could be helping other property types.

Tim Beattie, head of UK rating at commercial property adviser JLL, said: “We welcome the government’s announcement that eligible retail, hospitality and leisure properties in England will benefit from a £6.835 billion extension of the existing relief scheme and receive 100 per cent business rates relief from 1 April 2021 to 30 June 2021 and 66 per cent business rates relief for the period from 1 July 2021 to 31 March 2022. The second tranche will be capped at £2 million per business for properties that were required to be closed on 5 January 2021, or £105,000 per business for other eligible properties.

“We also welcome the government’s announcement that businesses, such as supermarkets, that did the right thing by repaying business rate relief, will be no worse off from a tax perspective than if they had paid business rates in the first place.

“The elephant in the room remains those sectors and property types, such as offices and car parks, which are also suffering as a result of the pandemic and will still not receive any relief despite the severe restrictions effectively imposed upon them during each lockdown. The government should therefore ensure that the thousands of rate appeals made by businesses are fast-tracked to a swift conclusion to help alleviate the pressures these businesses also face.”

Tony Danker, CBI director-general, added that the government “must now have a laser-like focus on the UK’s competitive position in the round, including fundamental reform of the unfair business rates system” to “remain attractive for every type of business, from the innovation, high-growth UK homegrown firm to the global firms investing in the UK”.

Clive Docwra, managing director of property and construction consultancy McBains, said he was “disappointed that it appears green retrofit schemes, such as the Green Homes Grant, were not renewed, as such programmes not only help contribute to carbon net-zero targets but also provide a lifeline to many construction firms in terms of maintenance contracts”.

Docwra said: “On a macro-level, we’d have also liked to have seen a bigger commitment to wider green initiatives to help encourage the industry to move towards net-zero. And while the chancellor may have introduced a fast-track visa scheme for high-skilled workers in the tech sector, we’d have welcomed similar applying to the construction industry, because a combination of Brexit and Covid has led to an exodus of high-skilled construction workers from the EU and elsewhere. The doubling of payments to employers for taking on trainees may encourage more firms to take on replacements, however.”

Hannah Vickers, CEO of the Association for Consultancy and Engineering (ACE), said: “The built environment sector is the engine room of the economy and the freeports and city deals announcements are exactly the sort of holistic, low-carbon regeneration programmes we need to simultaneously create jobs, level up opportunities and hit net-zero.”