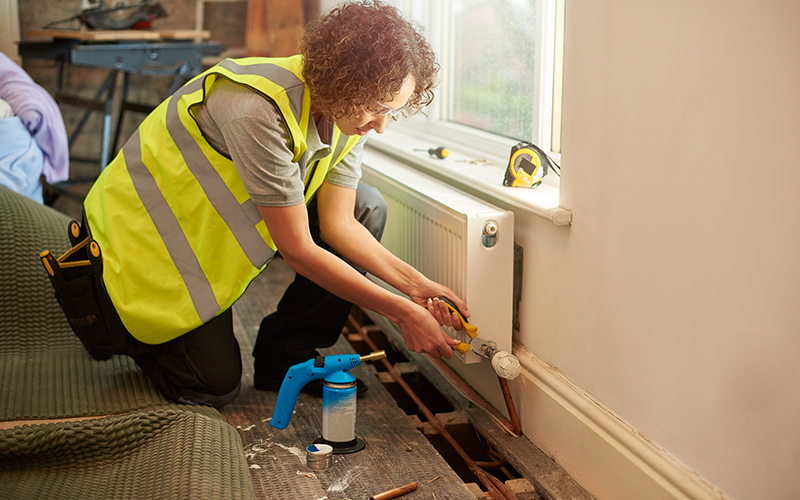 More women are considering roles within the trades professions after the pandemic, according to research.

New research from field service management software Powered Now has shown that 21 per cent of women in the UK during the last 12 months have considered a career in the trades.

Of those 21 per cent, five trades were most appealing and these are: handywoman, bathroom & kitchen fitting, roofing, decorations and painting and extension providers.

Powered Now's research also shows that 15 per cent of women currently within the trades have seen their client demand reach a record high during the pandemic.

With home improvements going through a period of rapid growth - the market research provider Kantar has indicated that £4.94 billion was spent on home improvements last year, £552 million than the previous 12 months - now presents an opportune moment for women to pursue careers in the trades.

Ben Dyer, CEO of Powered Now, has commented on the increasing influence of women in the trades.

“In a turn of events, the pandemic has highlighted that the trades is a haven for employment, and perhaps has been an unexpected catalyst to help move the industry closer to gender parity. It isn't often that you associate International Women's Day with construction, but hopefully people will start to recognise the careers that are indeed available to women.

“Of course, as more women pursue careers in the trades, it will help to dismantle the trope that manual labour is just for men. We have found that existing businesses in the trades run by women can often be the most innovative, with female-only trade SMEs providing a service for those who are uneasy who they allow in their homes. Therefore, we would like to use this celebratory day to recognise the innovation that women bring to our sector, and hope that 2021 is a year in which we see these trends continue to flourish.”

Last year, research conducted by Direct Line found that there were more than twice as many women working in trade professions including electricians, plumbers and construction workers in the UK than 10 years ago.

The data was commissioned by Powered Now from the 9th-11th November 2020, in accordance with the British Polling Council’s guidelines. The sample size was 2,105 people.