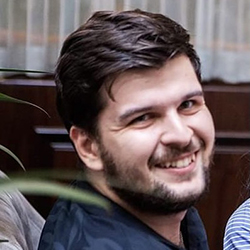 Sheruan Bashar, International Workplace’s resident data scientist, gives his opinion on current and future applications of artificial intelligence as it relates to the sector. More on AI and FM can be found in the new March-April edition of Facilitate.

What is the general perception of AI in the market?

" In actuality, how often is 'true' AI used in general life? AI is what we use on a daily basis but known as “good algorithms”. This includes search results in any search engine, video and music recommendations, voice assistants and online chat or support. The general idea is that the more clean data you have, the better the algorithm will perform. It is all about data. Following that, the bigger the company is, the more data it can generate (in a usual scenario). However, smart stuff can also be created without AI. How are learners currently experiencing AI? It depends on the platform by which they experience learning. Content is still in the main created by humans, but AI can solve specific problems, like marking or fraud detection (for exams) or recommendation of more interesting / relevant training. AI can be used to suggest courses and training to create a specific skill set."

What do you think might be the next widespread application for AI in business?

"Voice assistant and bots are becoming more common and can now be delivered not only by large tech companies, but by smaller ones too. Everyone is familiar with household applications such as Alexa, but we can expect to see this level of interaction applying in the business world in the near future as much as in the consumer setting."

Is AI a threat to jobs?

"I do think there is a widespread misunderstanding about the impact of AI in as far it is a threat to levels of employment. You often hear that work on lower paid manual tasks will be replaced by AI, but in so many ways it’s process-driven tasks that can be more efficiently delivered by AI. Which means that in a lot of cases, it is supervisory and managerial roles that will see most change, and in higher paid technical sectors such as the finance and legal professions. Even in those cases, AI may prove to be less of a threat to jobs, and more of an impetus to improve efficiency.

"A good example, in the learning services sector that we operate in, it is perfectly possible that tasks that have traditionally been undertaken by a competent and experienced human being – such as researching and curating knowledge; creating, managing and updating content; mapping learning needs to roles and individuals; and measuring learner engagement – will be much better done by a bot than by a person. But it doesn’t mean that competent and experienced L&D professionals won’t have a role – AI will just help them to use their time more incisively and intelligently.

"Equally, where learning is concerned then cognitive load is an issue. Anything that gets in the way of letting a learner focus on learning uses up valuable brain space, particularly when people are learning online. Think about how frustrating the instructions can be when you sign up to something new. Intelligent use of AI can steer new users to the right information only at the time they need to know it using predictive algorithms based on a huge range of known facts and data. In cases like this, AI isn’t a threat to anyone’s job, it’s simply a tool to make their lives easier and better." 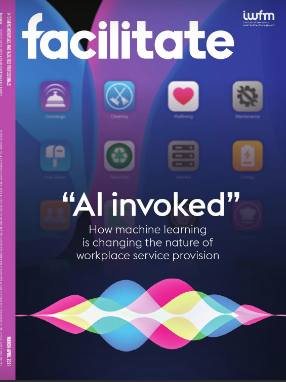 The March-April 2021 edition of Facilitate considers the impact of artificial intelligence in all aspects of workplace and facilities service provision. IWFM members can click here to access the digital edition.