IWFM webinar: Focus on culture to make the return to work a success 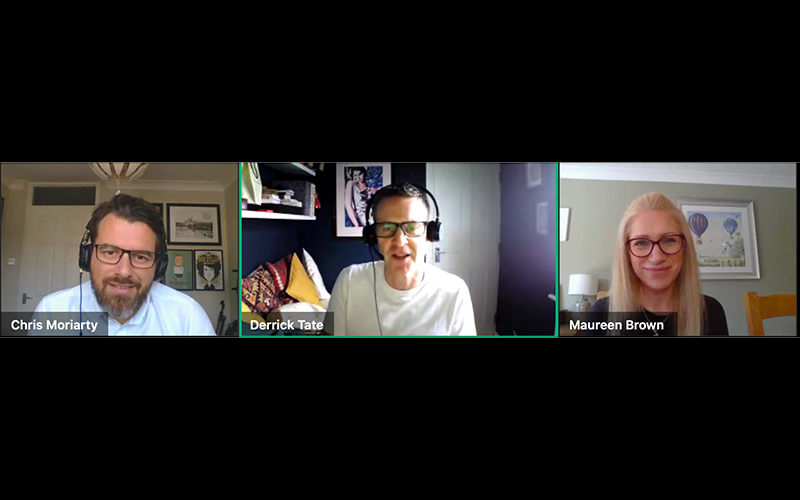 Organisations have a lack of certainty and confidence about what the workplace should and will look like as businesses reopen their physical spaces, listeners to a webinar hosted by the Institute for Workplace and Facilities Management heard this week.

The result is that few companies have come out with an official policy on the future of work. However, companies like audio streaming and media services provider Spotify recently announced that employees will have complete decision-making powers over where they work but the company has specified when they will work; namely, during specific hours in a traditional working day.

Maureen Brown, managing director of recruiter Sullivan Brown Resourcing Partners, one of the speakers on the webinar title ‘The Future is Hybrid’ and part of IWFM’s ‘Navigating Turbulent Times’ series said: “It’s very brave of companies to come out and say: ‘This is what we’re doing; we’re nailing our flag to this; this is our approach’. Because we don't really know yet. It’s only now, after a year, that people are starting to see what has and hasn’t worked for them.”

The prevailing sentiment is that companies will opt for a hybrid working model, in which employees will be expected to come into work for a certain number of days in a week and be able to work from home or out of the office during the remainder of the time. The new arrangements will mean workplace and facilities managers will mean a number of pressing issues will need to be overcome, such as planning space and providing desks.

As webinar host and IWFM director of insight and engagement Chris Moriarty suggested, workplaces could be overwhelmed on a Tuesday and empty on a Friday.

To solve the uncertainty, companies could take two main approaches, said Derrick Tate, director at PwC, leading real estate advisory and hybrid transformation. He said: “The first one sounds a bit brutal and painful but it is a valid strategy: just let it run its course; let it go naturally and see what happens.

“There will be people who turn up at 10.30am on a Thursday and they ain’t going to get a desk because the place is full. That will happen, but manage that pain and see how people react. I’ve worked in those sorts of offices and people will find a place to sit and work. If they see a desk that's got stuff sitting out but nobody's been there for an hour, they'll push the stuff to the side and they'll use it.”

Taking the passive approach can also result in end users changing their behaviours reactively on their own. Tate said: “If people know that if you come in after 10am on a Thursday then you won’t get a desk, they will start coming in on a Friday or Wednesday instead.”

However, most companies do not want to be passive. They understand that flexibility is an essential offering to attract and retain talent, but they want managed flexibility. But how best to manage this remains the key question.