Government should ‘establish fund to help with remediation of cladding’ 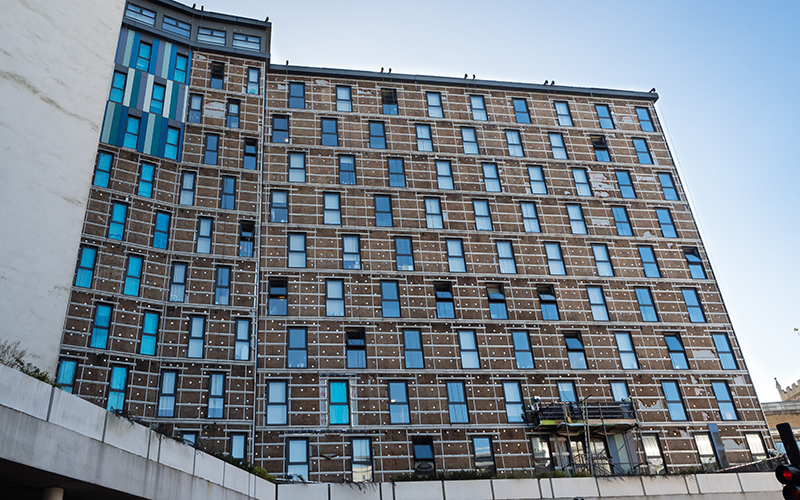 The government should establish a comprehensive building safety fund that addresses "the true scale of fire safety issues", says a select committee in a new report.

The Housing, Communities and Local Government Committee says finance for the fund should be provided by government and the building industry.

The committee finds that existing arrangements for remediation of cladding that base funding support on building height and materials should be changed so that financial support is targeted where residents' safety is most at risk.

Proposals to fund cladding remediation on buildings below 18 metres through a loan scheme, requiring leaseholders to pay up to £50 a month, should also be abandoned.

The committee said the fund would be paid for by the government and industry. This would be open to all buildings with existing fire safety issues with no barriers based on height, types of tenure or the nature of fire safety defects. Priority should be given to buildings where residents are most at risk, assessed through holistic, evidence-based processes.

The government should also recommit to the principle that leaseholders should not have to pay for the removal of unsafe cladding from their homes.

Clive Betts, chair of the Housing, Communities and Local Government Committee, said: "While the extra funding for cladding removal is welcome, it will be swamped by the sheer scale of fire safety issues in multi-occupancy buildings.

"In the years since the Grenfell tragedy, we have been shocked by the reality of the danger that flammable cladding poses, by how pervasive these materials are in modern buildings and by the frequency with which fundamental fire safety measures, including fire breaks and sprinkler systems, are simply not there.

"£5 billion in funding is significant, but just cannot match the ongoing legacy of these fire safety failings.

"Most importantly, the government's recent proposals fail to adhere to the fundamental principle that leaseholders should not have to pay to fix these problems.

"That is why we have called on the government to enhance support and develop a comprehensive building safety fund that targets support to where occupants are most at risk, rather than the current height- and product-based approach.

“Proposals to implement a loan scheme for leaseholders to pay for cladding remediation on buildings below 18 metres should also be abandoned.

"We call on the government to revisit its proposals and develop a scheme that truly matches the scale of fire safety issues.

"It must prioritise support to where the safety risk is greatest and rebalance the financial burden so that it falls on the government and industry, and not on leaseholders."

The select committee also states that government is not collecting sufficient data to understand the full scale of remediation needed for buildings. It says that without better information the government cannot know the true cost of remediation, the timescale for all buildings to be made safe or the capacity of the industry to carry out the work.

It states: "As a matter of urgency, the government should collect and publish more data on the number of buildings awaiting remediation work. This data should include buildings between 11m and 18m, as well as buildings above 18m."

Kate Henderson, chief executive of the National Housing Federation, said: "It's good to see the select committee recognise the impact of the building safety crisis on social housing. It is not right for leaseholders or people living in social housing to shoulder any of the costs of making buildings safe.

"These building safety defects are the result of a failure of regulation and poor practice from manufacturing and construction firms. The absence of government funding to remediate social housing has essentially resulted in a stealth tax on social landlords and their residents which far exceeds any action against those responsible; and is affecting the ability to maintain existing homes and build much needed new social housing.

“The scale of this crisis is such that government is the only body with the power and resources to resolve it. We know from our recent YouGov poll that three-quarters of MPs agree with the committee's recommendation – the only fair and viable solution is for government to cover all the costs upfront and then claim these back from those responsible.”

The report was launched just after MPs once again voted down an amendment to prevent fire safety costs being passed on to leaseholders as the fire safety bill was debated in Parliament this week.

London (Greater)
Up to £47,276 per annum plus excellent benefits
Reference
59097
END_OF_DOCUMENT_TOKEN_TO_BE_REPLACED