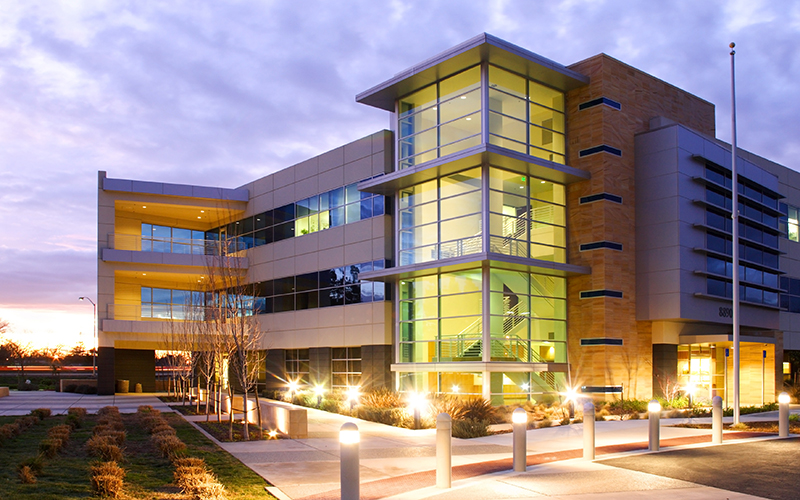 Capital values increased 0.5 per cent across all UK commercial property in April 2021, according to the latest CBRE Monthly Index.

This is the third consecutive month to report positive capital value growth at the All Property level. In April, rental values rose 0.1 per cent and total returns for the month were 1.0 per cent.

The retail sector reported a -0.1 per cent fall in capital values in April.

This represents the smallest monthly fall in values for the sector since February 2018. Standard Shops in the South East saw capital values increase 0.2 per cent, driven mostly by rising values for supermarkets.

Although shopping centres continued to post declining capital values, the decrease of -1.8 per cent in April was the smallest in nine months.

In April, capital value growth continued for the Industrial sector, albeit at a reduced rate of 1.8 per cent, down from 2.6 per cent in March.

This growth rate was evenly represented in the South East and in the Rest of UK, both at 1.8 per cent. Industrial rental values displayed a similar trend of continued growth but at a lower rate than March, increasing 0.5 per cent. This was driven by higher growth in the South East at 0.6 per cent, compared with 0.4 per cent in the rest of the UK.

Industrial total returns for the month were 2.2 per cent.

Toby Radcliffe, research analyst at CBRE, said: “April reported positive capital value growth at the All Property level for the third consecutive month. However, unlike previous months the figure was not pulled down by Retail performance. In fact, Offices and Retail reported the same decline in capital values in April, the first time the two sectors have posted the same capital growth since November 2017. This reflects a potential convergence in the performance of the two sectors as some Retail sectors saw declines in value level out and even start to rise again while Office sector values remained flat. Meanwhile, Industrials continue to perform strongly across the country.”