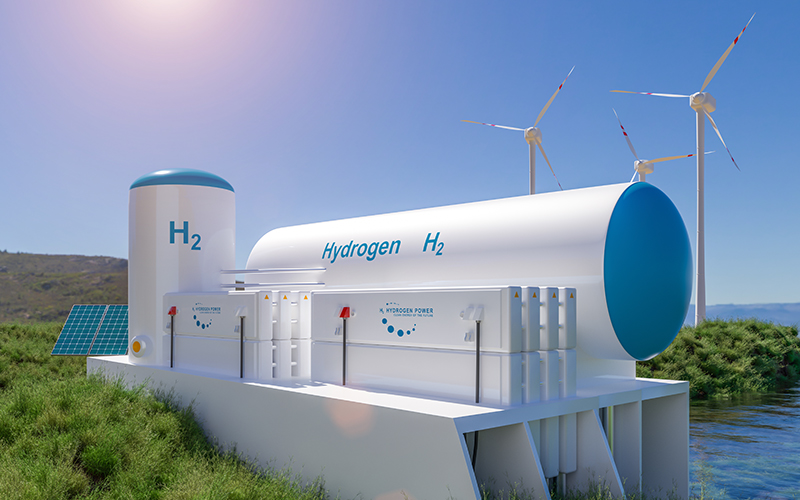 Industrial decarbonisation in the UK will have “a monumental role to play in achieving net zero”, a conference audience has been told.

Speaking at the Royal Town Planning Institute’s Planner Live North conference last week, Professor Joseph Howe, executive director and professor of energy at University of Chester, spoke about how the recently published Sixth Carbon Budget, a requirement under the Climate Change Act, means that by 2035 carbon emissions need to have been reduced by 78% on 1990 levels.

Industrial clusters are areas producing chemicals, glass, paper, ceramics, cement, food and drink, plus production of oil, iron and steel. Six are being planned for the UK, in Grangemouth, Teesside. Merseyside, Humberside, South Wales and Southampton.

The aim is to establish “the world’s first net-zero carbon industrial cluster by 2040 and at least one low-carbon cluster by 2030”.

All six industrial clusters are based on using carbon capture and hydrogen as the realistic option for deep decarbonisation, with some of these projects potentially operational as soon as 2025.

Howe suggested that the first UK ‘hydrogen neighbourhood’ is likely to be in the north of England, with a ‘hydrogen town’ by 2030.

At the same event, speakers spoke of the need for quadrupling wind power  capacity in the period to 2035, this following a near doubling of capacity in the ten years from 2011 to date. Agricultural land use is also expected to change as solar developments and biomass supply supplant current livestock production as a priority.