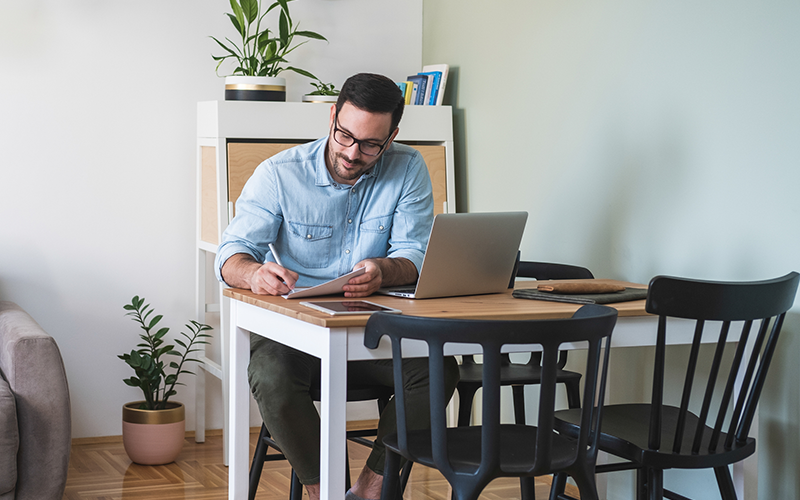 The Office for National Statistics (ONS) has produced data showing considerable variety in workers’ experiences of working from home during 2020.

In total, 36.5% of the UK’s working population said that they had worked from home during the year -

Using Annual Population Survey (APS) data, ONS has reported considerable varieties in demographic and industrial sector experience of working from home in 2020 in a report, 'Homeworking in the UK Labour Market: 2020'.

Understandably, at the other end of the spectrum were sectors such as water supply, sewerage, waste (28.2 per cent) and health and social work (26.8 per cent).

The figures also show considerable variety by age group. While 19.2 per cent of tops aged 20-24 had worked from home, 32.8 per cent of those aged 40-44 reported doing so.

Regional variation shows that close to half of all workers in London – 46.4 per cent – had reported working at home at some point in 2020. By contrast, the same figures were 26.6 per cent in the North East and just 25 per cent in Northern Ireland.

In an article supporting the statistics’ release, ONS policy analyst Chris Shine said it was able to use multiple data sources to provide an “holistic view” of the developing situation.

“For example, using APS (Annual Population Survey) data we see that prior to the pandemic in 2019, just 26.7% of the workforce on average during the year reported that they had done any work from home. LMS (Labour Market Survey) data told us that by April 2020, following the outbreak of COVID-19, the proportion of people in employment who had done some work at home had increased to 46.6%.”

Using weekly OPN (Opinions and Lifestyle Survey) data, ONS was able to track a reduction in working from home towards the end of August (27%) rising back to 47% following the reimposition of lockdown in the autumn and winter.

However, Shine says that it is “too soon to say” the extent to which the shift to working from home will prove permanent.