How we 'consume' workplaces to change, argues CRE expert 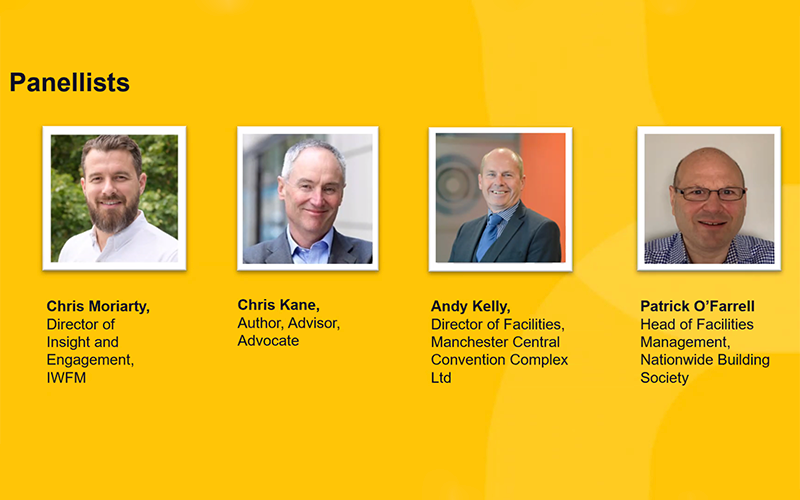 Before the pandemic, the only way to “consume” the built environment was to buy or lease a building; organisations had to have a building for their offices.

“Well that's been blown out of the water for many organisations,” said Chris Kane, author and director of management consultancy Six Ideas. “You’re now looking at a sort of a spectrum where 90 per cent of the availability was only via leasing or buying.

“I think in the next three to five years you'll see that spectrum widening, so 50 per cent of that will be available on some form of flex model, maybe not a WeWork or Regus type model, but that’s where I see huge innovation coming in, facilitated by proptech [property technology].”

Kane was speaking at an IWFM webinar, entitled ‘Hybrid working: how do you make it a reality?’ as part of the Turbulent Times series.

The focus on flexibility and the use of proptech will mean that new models can be explored, Kane said, but it will also “bring together the crazy situation now where we have office buildings where many of the services are operated by a property management function and then tenant services by facilities management, whether they be in-house or out-of-house. That’s so fragmented, it's so inefficient, but it's also so wasteful of results.”

The result is going to be a “lot of disruption for a lot of folks in the pure real estate world”, Kane argued. But people are already thinking about different models for the way we 'consume and provide' the built environment. The key? Involving users.

“I would urge everybody in the workplace services sector to stand up and make sure that the voice of the people who really count, the people who operate these buildings 24 /7, have an input into what that new model will look like.”

In the same event, Patrick O’Farrell, head of facilities management at Nationwide Building Society, spoke about how his company had insourced many staff in the organisation’s administrative buildings soon after the collapse of its service provider Carillion, helping to ensure a flexible response to the pressures of the pandemic.

Nationwide has now split its service delivery model into two: the retail environment uses an outsourced model based for cleaning and maintenance, given the geographical spread of the branches; and an insourced model in its administrative buildings.

Insourcing enabled flexibility, O’Farrell said. “Certainly for us it’s easier to be able to respond, and it was easier for us to talk to people about changing some of the things we expected in their roles rather than get tied up in contractual conversations about now needing to do a little bit more of this and a little bit less of that.”

The full hour-long event can be viewed here.