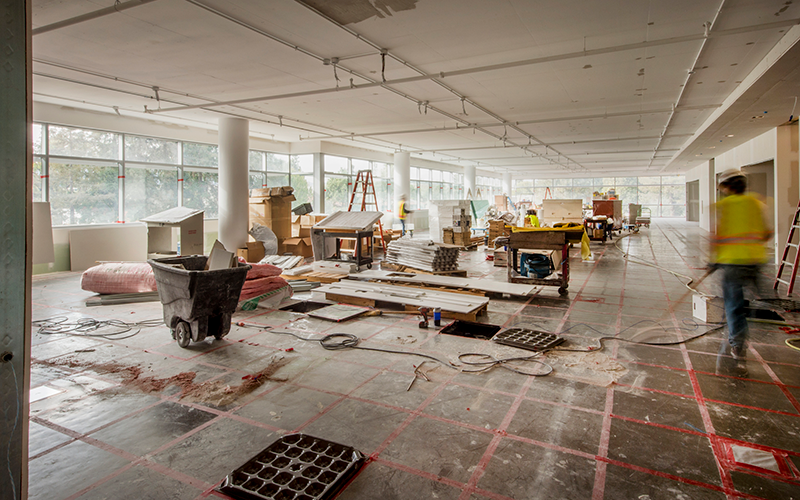 A tool produced by the Construction Innovation Hub has been hailed as a ‘practical and long overdue’ step in accepting facilities management as a core component in the government’s Soft Landings framework.

Tom Boland, global head of digitalisation for construction software firm Zutec called the tool “highly considered and very practical,” adding that “while it is designed for the public sector, it should be used more widely”.

The Construction Innovation Hub, funded by UK Research and Innovation,  seeks to transform the UK construction industry by bringing together work from BRE, the Manufacturing Technology Centre (MTC) and the Centre for Digital Built Britain (CDBB).

Its latest tool has been designed in this instance for local authorities. The Local Authority Government Soft Landings (GSL) Interactive Navigator was developed in association with the National Association of Construction Frameworks (NACF) and Local Government Association (LGA).

It ties in to the GSL framework by asking questions about how a building is to be used so that user needs are core to the design and construction process.

“The navigator is highly considered and very practical,” said Boland, “and while it is designed for the public sector, it should be used more widely.

“Using the RIBA Plan of Work as a foundation and then having clear deliverables at each stage, including setting an FM strategy from Stage 0/1, places an important focus on the end goal rather than on a single piecemeal phase of construction.

“One potential pitfall is that this becomes used as a box-ticking exercise, rather than as a way for the broader AECO* / built environment sector to up its collective game.”

“For too long, FM has been digital construction’s poor relation. Frequently, facilities teams are involved too late in the process and brought in almost as an afterthought. This has a knock-on effect at completion where systems don’t align and costly problems arise. Bringing in FM expertise earlier and involving them from the early project phases should lead to better designed, better functioning buildings."

BIM Early Steps Roadmap and other tools for local authorities.