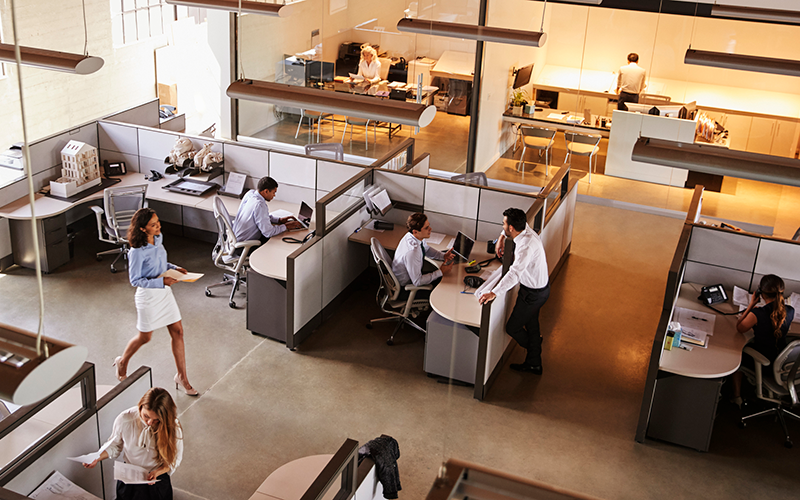 The number of people who have died from exposure to Covid at work is being “massively under-reported” by employers, according to a report by a trade union.

A study by the TUC highlights a huge discrepancy between Covid work-related deaths reported by employers and data from the Office for National Statistics (ONS) and Public Health England.

But according to reports filed by employers just 387 (2.5 per cent) of these deaths were of workers contracting Covid at work.

The union body says this under-reporting has badly undermined health and safety regulation enforcement during the pandemic, meaning employers were less likely to face action from regulators for putting staff at risk. The report shows that in sectors with high numbers of deaths during the pandemic – such as food production and transport – only a small fraction of deaths have been reported as work-related by employers.

Figures from the ONS show that between March 2020 and December 2020 more than 600 people working in the transport sector died.

But according to reports filed by employers (over the longer period of April 2020 to April 2021), just 10 deaths in the transport sector were work-related.

Figures from the ONS show that 63 food production workers died between March 2020 and December 2020.

But according to data supplied by employers (over the longer period of April 2020 to April 2021), just three of these deaths resulted from work.

The TUC believes that the true number of work-related deaths in these and other sectors is much higher, especially considering the high number of breaches of safety protocols seen during the pandemic and the high numbers of outbreaks.

Employers are required by law to report deaths, injuries and illnesses that take place at work or in connection with work.

This is done through a mechanism called RIDDOR (The Reporting of Injuries, Diseases and Dangerous Occurrences Regulations 2013) which logs work-related deaths, illnesses and injuries for the Health and Safety Executive (HSE).

But under the current reporting system employers are given “free rein” to decide whether a Covid-19 diagnosis is the result of occupational exposure or from exposure outside of work premises.

The TUC says this loophole has led to employers not reporting the true scale of Covid work-related deaths and infections to the HSE, despite this information being vital to containing the spread of the virus.

The TUC says that for the HSE to do its job effectively it must possess an accurate and up-to-date picture of where and when work-related deaths and infections are taking place. But during the pandemic, it has only been provided with very partial information from employers.

This has prevented the HSE from carrying out potentially urgent inspections and ensuring employers take the necessary action to keep workers and the public safe, states the report.

TUC analysis shows that just one in 218 workplaces has been inspected by the HSE (between March 2020 and April 2021) and not one single employer has been prosecuted for putting staff at risk.

The body says this “crisis of regulation and enforcement” has allowed bad bosses to get away with flagrant labour rights abuses – adding that the pandemic has highlighted Britain’s enforcement system’s long-standing deficiencies.

As well as calling for improvements in the way work-related deaths and infections are reported, the body says the government must reverse cuts to the HSE of the past decade, which it says left the country “underprepared and vulnerable” to the pandemic.

TUC general secretary Frances O’Grady said: “Everybody deserves to be safe at work. But this pandemic has exposed a crisis in health and safety regulation and enforcement. Employers have massively under-reported Covid work-related deaths and infections. This has made it much harder for regulators to track where outbreaks are happening and allowed bad bosses to get away with flagrant labour rights abuses. It’s staggering that not a single employer has been prosecuted for putting workers at risk of contracting Covid-19. The government must fix the deficiencies in how workplace deaths, illnesses and injuries are reported. The current system is letting bosses off the hook.”

O’Grady added that ministers had to fund enforcement bodies properly “so they can recruit and train qualified workplace inspectors, inspect more workplaces, and prosecute companies who don’t keep their workers safe”.

Darren Hockley, managing director at DeltaNet International, said: “Organisations have a responsibility to protect their employees. Health and safety responsibility doesn't stop at fire safety policies, with Covid-19, it’s ensuring employees work socially distanced, there is a one-way system in the workplace and there is easy access to ensure workstations are continuously sanitised for starters. With a distinct discrepancy with Covid-19 deaths reported in several industries, it clearly shows there is more work to be done with health and safety training across all industries, not just with employees but with the employers responsible. The government needs to ensure companies understand the consequences of not following protocols and guidelines, by prosecuting those who continually fail to keep their employees safe.”

A spokesperson for the Health & Safety Executive told Facilitate: “To address the 387 figure as coming from TUC research is seriously overplaying this. TUC have simply told you the figures that are published on our website, linked below.

“We are committed to getting the most accurate picture possible and working with employers, trade and other representative bodies to ensure that RIDDORs incidents are reported. We’ve always recognised that figures reported elsewhere are higher than those we have on record, this is because reporting requirements are different. During the pandemic we’ve bolstered our guidance for employers on reporting and communicated through various channels what is required to be reported. No changes have taken place to the reporting process itself, or the clear legal duties on employers.

“RIDDOR is the first step in HSE enquiries being made into a case and direct evidence to suggest occupational exposure will be required, which is understandably challenging given the prevalence of the coronavirus there has been in the general population.”