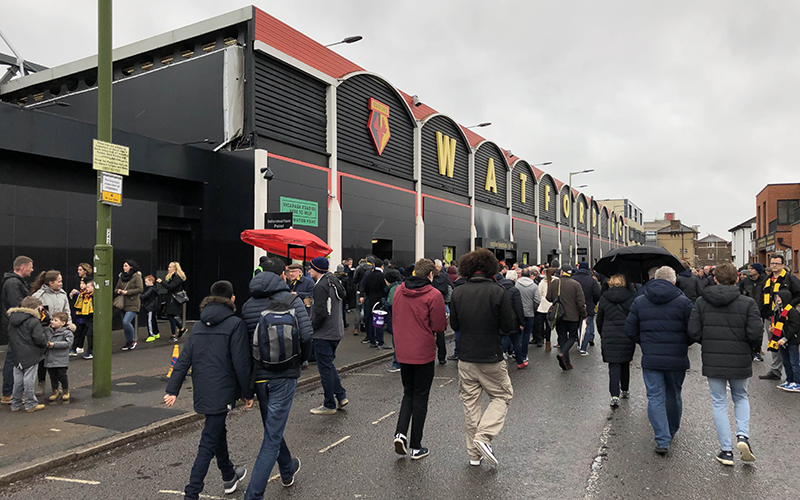 The 10-year deal at the Vicarage Road stadium will begin with the 2021/22 season and means that Levy will be delivering food and beverage during the Hornets’ match days as well as managing the venue's conference and events schedule.

During the season, the team’s supporters will be able to use Watford FC's official app to pre-order before setting off for the match, and technology options inside the ground will include touchscreen ordering panels to make sure that the ground’s serving points become easy collection areas.

Among other innovations, Levy is introducing cashless tills and digital screens to help speed up service, and reducing physical contact to guarantee that the best hygiene measures are in place as Hornets' fans return to the ground in large numbers for the first time since the outbreak of Covid-19.

Fans will also benefit from Levy’s partnership with KERB, allowing the sampling of a variety of dishes from across the world through a network of street food caterers. The deal will also enable supporters to sample new locally sourced beverages along with beers from the existing supplier Tring Brewery.

Jon Davies, managing director of Levy UK + Ireland, said: “With promotion to the Premier League confirmed, we’re confident that we will give Watford fans another reason to cheer upon their return to Vicarage Road.

"At the heart of our approach, we’ll bring a more modern take on catering and hospitality at the club.

"We have additionally looked at ways to maximise the venue’s potential outside of match days with a renewed focus placed on improving the club’s conference and events business.”

Paul O’Brien, Watford FC's commercial director, added: “We want to offer them the very best for our supporters. Appointing Levy to handle our catering and hospitality will play a huge role in us achieving that.

Levy last week announced that it had won a hospitality deal with Newbury Racecourse in Berkshire.