Defence sites to benefit from new FM contracts worth £1.6bn 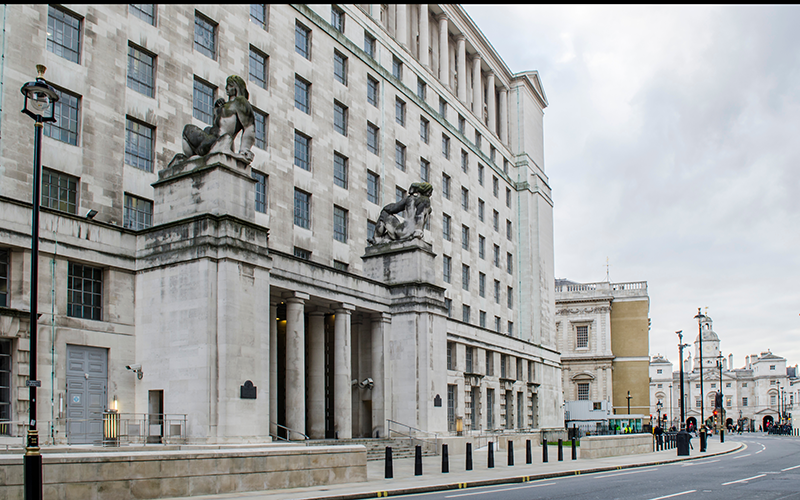 The DIO, which is currently relocating its HQ to Lichfield, Staffordshire, manages the Ministry of Defence estate – Willy Barton-Shutterstock

FM contracts worth over £1.6 billion have been awarded by the Defence Infrastructure Organisation (DIO) to deliver vital building maintenance and repairs across the UK’s defence estate.

The contracts form part of the new Future Defence Infrastructure Services (FDIS) programme, which is split into three phases and will see a total of 10 new contracts being awarded between now and 2022. The DIO said it is currently the most valuable FM procurement in Europe.

The first four new contracts awarded, which cover key maintenance work, repairs, servicing and hard FM across the defence estate, were revealed yesterday (14 June). The bidders are Mitie, which has won works in the Scotland and Northern Ireland region, VIVO – a joint venture between Serco and Engie for the Central and South West regions, and Vinci for the South East. 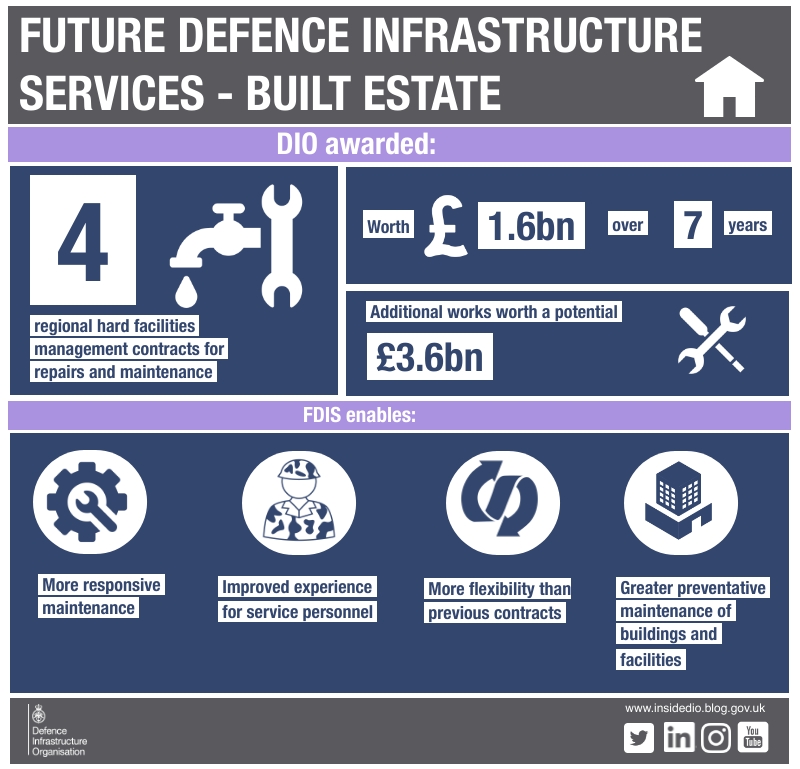 VIVO has gained contracts to provide asset and FM services in the South West and Central regions – the largest two regions of the four that were competed for, representing around two-thirds of the MoD’s estimated value of lot 3 of the FDIS contracts.

The core contract value for these two regions is estimated to be about £900 million over the initial seven years. There are a further three one-year extension options. In addition to the core fixed-price contract for each region, there will be significant amounts of additional project work to be commissioned as required by the DIO, and although the value of these projects is uncertain, the MoD estimates them to be worth a further £2.5 billion. The core services include planned and reactive maintenance, as well as mandatory safety checks. The potential additional project work will range from small-scale asset replacement and refurbishments to large construction projects. Following a six-month mobilisation phase, the core work is scheduled to start next February.

VINCI Facilities’ contract is worth up to £1.1 billion, which includes £423 million for the core contract and a potential £732 million for billable works across the South East. The total contract is also for a seven-year term, with an option to extend for three additional years. It is one of four regional hard FM and capital works contracts and VINCI Facilities will be managing at least 6,200 buildings and infrastructure assets supporting MoD military and civilian personnel in more than 59 establishments.

VINCI said its focus is on “enhancing the customer experience in all aspects of our engagement with the MoD and raising expectations of what facilities management can achieve through intelligent preventative maintenance and the modernisation of the MoD’s buildings, facilities and infrastructure”. The company said it would apply its expertise in asset and digital management and the targeting of maintenance and capex funding, with a programme “closely aligned to the Build Back agenda”. The team expects to sustain employment in the South East for at least 800 people, employed either directly or as part of its supply chain.

Later phases of the FDIS programme will see contracts awarded for accommodation services and management and maintenance of the UK Defence Training Estate. Covering some 31,000 assets, these contracts will support at least 400 defence sites across the UK. The new contracts will replace the existing Next Generation Estate contract (NGEC).

In addition to the core services, the contracts awarded will support the delivery of up to £3.69 billion of other works. The initial contracts are for seven years with performance incentivised options to potentially extend up to another three years.

FDIS represents a new way of working for DIO, which manages the Ministry of Defence’s estate, in line with wider government policy and uses the approach set out in DIO’s Commercial Strategy. It is designed to enable a better relationship with suppliers based on “openness, honesty and trust”.

Contractors are expected to use industry-recognised building maintenance standards to ensure that buildings are maintained at the right frequency to increase the lifespan of buildings and other assets, as well as delivering energy efficiency. The new contracts allow for more efficient processes and quicker delivery for high-volume, lower-value works, to secure better value for money. Suppliers are also required to collect and manage estate data, exploit digital technology and provide estate intelligence to enable the DIO to better support the Armed Forces to make investment decisions about how to manage the portfolio.

A key part of the DIO’s selection process involved the use of “Behavioural and Collaboration Assessments (BCA)”, whereby suppliers and DIO representatives were put into teams to co-create solutions to realistic and relevant project and contract challenges. The results were captured and resubmitted by suppliers and were scored as part of their submissions. This has been recognised by the procurement industry as a unique approach to the procurement process.

David Brewer, the DIO’s chief operating officer, said: “The Future Defence Infrastructure Contracts for the built estate represent an increased investment in maintenance by the MoD and will offer improved response times and increase the amount of planned maintenance.

“The built estate contracts will create and sustain thousands of jobs and protect local supply chains throughout the UK.

“DIO is committed to building a broader and more diverse supply base, working with both larger companies and SMEs through our supply chain to support local industry and deliver the facilities that the military need to live, work, train and deploy.”

The contracts were procured through the Crown Commercial Service FM Framework, which was set up to procure FM services across government. The DIO said this approach to procurement leverages government buying power, increasing value for money for the taxpayer. It added that this procurement “has sought to bring together good practice from across the FM market to introduce a more collaborative way of operating. This will provide the flexibility needed for an ever-changing Defence estate and ultimately deliver an improved experience for personnel”. 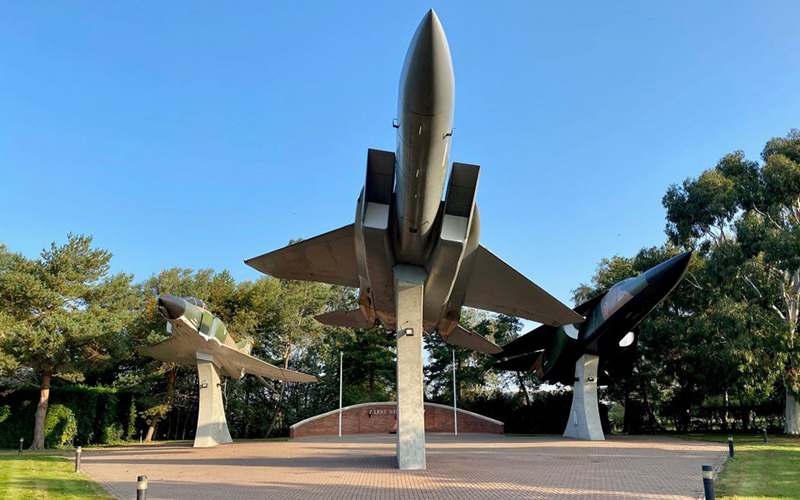