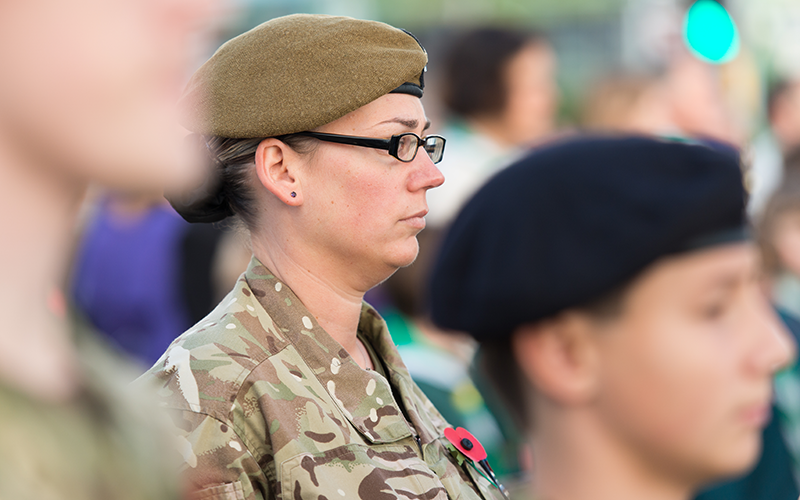 The facilities management sector is “a good career fit” for armed forces veterans, according to research by support services firm Mitie.

The report has revealed that over two-thirds (70 per cent) of former servicemen and women say that FM roles match their skill set.

More than three-quarters (77 per cent) of veterans would recommend a career in FM to other armed forces leavers, according to the research. Although 50 per cent of veterans say it was a challenge to find work after leaving the military, four in five (84 per cent) managers say veterans are likely to possess the skills most urgently needed in the sector.

The report, Mobilising Veterans in the Facilities Management Industry, shows both veterans and managers in the FM sector agree that the sector is a natural match for former servicemen and women. With more 20,000 veterans leaving the armed forces every year to join the civilian workplace, the report looks at how the FM industry can better support ex-service personnel.

The research found that many of the key skills developed in the military – reliability, ability to perform under pressure and professionalism – are a strong match for those most needed in the FM sector.

Despite having the key skills needed to help them succeed in their FM careers, many ex-servicemen and women were concerned that their lack of technical facilities management knowledge might limit their career opportunities. However, although managers noted the importance of these skills, they should not be seen as a barrier, with over half (53 per cent) saying that they would like to see employers offering more role-specific training to support ex-forces employees.

Though the report found that a career in facilities management is a good fit for veterans, more than a quarter (27 per cent) of former servicemen and women felt unprepared and in need of guidance when looking to join the civilian workplace. Half (50 per cent) said that it was a challenge to find work after leaving the military, with a lack of job-seeking skills, such as CV writing, and not understanding which jobs would best suit their military experience highlighted as key barriers.

The report also highlighted how important the armed forces community is in providing support to men and women recently leaving the forces. A third (29 per cent) of veterans found their FM roles through a recommendation from someone they knew in the sector. Meanwhile, around a fifth of veterans said that creating employee networks (21 per cent) and providing mentors (18 per cent) are crucial ways employers can help smooth the transition to civilian life.

Mitie will use the findings of this report to guide its own initiatives to help ex-servicemen and women transition to civilian life and build their career in facilities management. This will support Mitie’s commitment that at least 2.3 per cent of its employees will have a military background by 2025, 0.5 per cent above the average for the UK population.