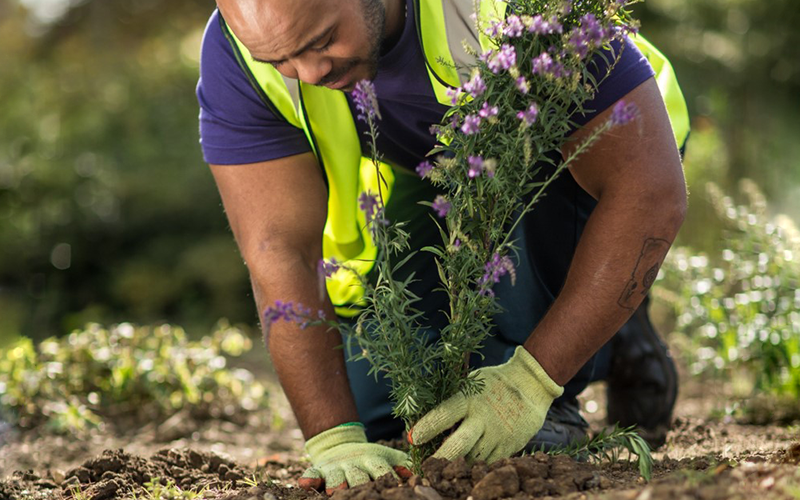 Mitie has met or exceeded all 13 of its environmental, social, and governance (ESG) targets for 2020/2021, according to its 2021 Social Value Report, launched today (8 July).

The report details how Mitie has progressed against its industry-leading targets over the past financial year. It lists achievements under each of the five pillars of Mitie’s Social Value Strategy: People, Responsible Supply Chain, Community, and Environment, all of which are underpinned by Innovation.

Following the acquisition of Interserve’s FM business, Mitie now has more than 75,000 colleagues and as a large UK employer, maintains its commitment to promoting skills and employment opportunities – developing a workforce that is representative of the communities and customers it serves, from the frontline to the boardroom, by 2025 and is making improvements to the way it hires, develops and rewards staff.

Over the past year, Mitie has increased the percentage of racially diverse colleagues on its leadership team to 8 per cent, exceeding a 3 per cent target. And 21 per cent of leaders are female, exceeding a 20 per cent target. For three years running the group has been listed in the top 10 on the Inclusive Top 50 UK Employers list.

Pursuing a responsible supply chain, the group says it has set ambitious targets to increase its spend with Voluntary, Charity and Social Enterprise (VCSEs) and SMEs, recognising the contribution that these key groups make to local communities, economies and vulnerable groups. During FY20/21, Mitie spent nearly £500,000 with VCSEs, compared with a target of £300,000, and 29 per cent of spending was with SMEs in line with its target. It also became a signatory to Social Enterprise UK’s (SEUK) ‘Buy Social Corporate Challenge’, committing to buy more from social enterprises.

Mitie states that it is an active part of the communities in which it operates. This has included supporting colleague health and wellbeing, particularly during the pandemic while employees have been on the frontline looking after the critical workplaces. In addition to a range of mental and physical wellbeing initiatives, 2,300 hours of health and wellbeing training were delivered, well in excess of the 2,000-hour target.

Through the Mitie Foundation, colleagues also exceeded the target of 8,000 volunteering hours in the community, despite the challenges posed by Covid-19.

As part of its commitment to the armed forces, Mitie says it achieved a recruitment level of ex-military personnel at 2.6 per cent – 0.5 per cent above the population average.

Since the launch in February 2020 of Mitie’s Plan Zero commitment to achieve net zero carbon emissions for its operations by 2025, while also helping customers reach their own sustainability targets, just under 22 per cent of Mitie’s fleet – at least 1,200 vehicles – have been switched to electric; carbon emissions have been reduced to 19,205 tonnes, less than the 25,000-tonnes target; and waste to landfill now stands at only 12 tonnes, below the 350-tonnes target. Hitting these targets is keeping Mitie on track to reach zero operational emissions by 2025, 25 years ahead of the UK Government’s target. To help customers reach their sustainability targets, Mitie released its Plan Zero Playbook, through which, it states, clients have saved £28 million.

The group states that all five pillars are underpinned by “a constant focus on innovation which is shown by Mitie’s commitment to finding new ways of delivering social value through fresh thinking”, giving the example of February’s launch of the UK’s first electric gritter for commercial use, ‘Gritter Thunberg’, to help businesses limit their emissions impact.

To support a safe return to the workplace after the Covid-19 pandemic, it introduced air disinfection solutions using the power of ultraviolet rays to help eradicate viruses and bacteria in the air and on surfaces.

As a result of all its work to deliver on its social value commitments, Mitie says its ESG leadership is being recognised externally by bodies such as CDP, which awarded it with the  ‘Leadership Ranking’ in December, and Sustainalytics ranked Mitie the number one ESG business support services company globally.

Simon King, director of sustainability and social value, said: “Social value is at the heart of how Mitie operates, both within our own business and for our customers. Our people are the driving force of our organisation and we are committed to being an employer of choice, as well as leaving the world in a better place through innovation and environmental leadership.

“We have the opportunity to make even more progress over the coming years, and I look forward to leading the sector and leaving a positive legacy in the communities in which we work.”