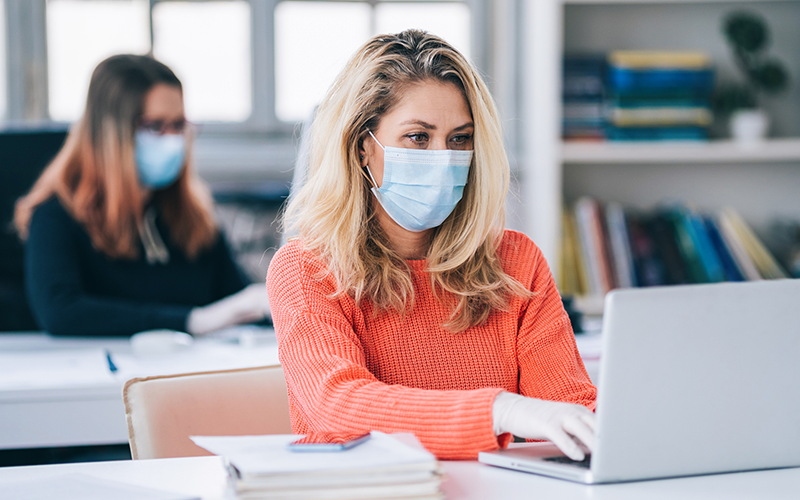 Responding to various comments by Prime Minister Boris Johnson, chancellor Rishi Sunak, transport secretary Grant Shapps and other government ministers ahead of the lifting of Covid-19 lockdown restrictions on 19 July, Mawson said: “The picture ministers are painting is confused and is not reflecting what workers want and need and how forward-thinking employers are adapting to the new realities.”

Reacting to the lifting of the requirement to wear masks on public transport, Mawson said that many workers will not feel safe travelling on buses or trains where others are not wearing masks.

“If you want people to feel safe to commute so that they can get back to 'normal' you should keep mask-wearing as a norm on public transport. Removing the requirement is making it harder for those who feel at risk, which will probably be mostly the over-40s and those with health worries,” said Mawson.

Responding to the comments by the chancellor that younger workers were keen to return to the office, Mawson pointed out that extensive research by AWA among its clients, receiving more than 16,000 responses from employees, found that young workers want as much flexibility to work at home as older workers.

“From our own data, we know that that under-29s want broadly the same flexibility as the rest of the working population, but they have a greater sociability need, which of course they satisfy by being with the peers and socialising after work,” said Mawson. “However this doesn’t need to be five days a week; most people want to work two or three days a week.

“As far as having to be in the office to learn from older colleagues, now is a time for reinventing these practices and norms. Younger people learn in very different ways now – they are much more attuned to discovering things by watching a YouTube video as opposed to being 'taught'. Interestingly, government departments are adopting new ways of working and have been on that journey for 10 years.”

Paul Nowak, deputy general secretary of the Trades Union Congress (TUC), said: “We all want the economy to unlock as soon as possible. But it is vital that people returning to work have confidence their workplaces are as Covid-secure as possible.

“It is not acceptable for the government to outsource its health and safety responsibilities to individuals and to employers. Personal responsibility will have a role to play, but ministers cannot wash their hands of keeping people safe at work. With cases rising the government must send out a clear message to employers to play by the rules or face serious action. That means publishing clear guidance based on the most up-to-date science and consultations with unions and employers.”