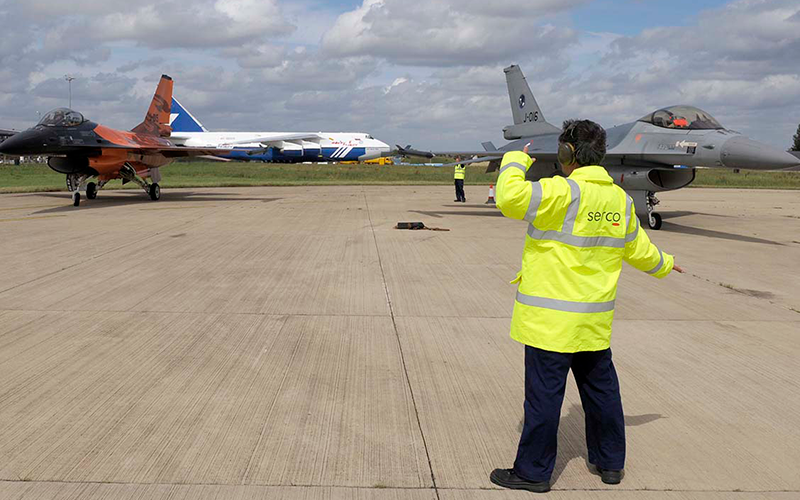 Serco is to double its staffing at RAF Brize Norton with the award of a contract to carry on providing specialist support services at the Oxfordshire base.

The contract, awarded by the MoD following a competitive process, is worth about £40 million over the initial three-year period and there are another two one-year extension options included, bringing the total possible value to about £65 million.

Serco will introduce new services to those it has been delivering to the base since 1997. Services to be added include airfield services, additional engineering, transport, fuels, logistics, cargo/freight movements, fitness instructors and administration. These will complement existing ramp services to aircraft, engineering, security, IT support, photography and transport services.

The number of Serco employees at the base will more than double, freeing up RAF personnel. A recruitment campaign is now under way.

Paul McCarter, managing director of Serco’s Defence business, said: “As the UK’s largest military airbase and single airport of embarkation for the UK Armed Forces, Brize has a critical role for the UK and we take great pride in the part our team plays as part of RAF Brize Norton Whole Force, particularly during times of high operational tempo. We are excited about the prospect of expanding the services we provide and being able to continue our partnership in the coming years.”

It is the main operating base for the RAF's entire air transport and air-to-air refuelling fleets and is the largest station in the Royal Air Force.

Group Captain Emily Flynn, RAF Brize Norton station commander, said: “The station’s operational tempo is high and this contract provides an exciting opportunity to modernise the way we deliver some of our support services.”