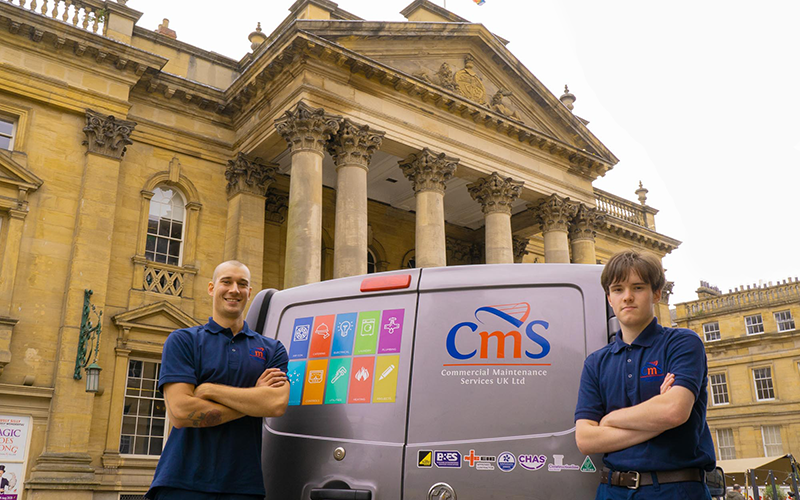 Commercial Maintenance Services (CMS) has won a heating contract at the historic Newcastle Theatre Royal, a grade I listed building in Newcastle upon Tyne.

The Gateshead-based facilities maintenance company will service and maintain the heating system at the theatre in the city’s Grainger Town heritage quarter.

The project is complex because of the building’s historic nature and because it comprises different areas that have been added over the years.

The works will involve maintaining a plant room and individual gas boilers throughout the theatre, plus 24/7 repair support from the provider’s emergency response team.

CMS specialises in the installation, maintenance, and repair of business-critical services such as gas, plumbing, heating, air conditioning, electrical and catering equipment.

Nic Smith, CMS’s operations director, said: “Newcastle Theatre Royal is a much-loved part of the city’s landscape and is familiar to thousands of people in the region and beyond, who have enjoyed the wide variety of shows staged there.

“It is an immense honour to help maintain the critical services of such a prestigious building, that is one of the country’s leading theatres, and help it continue to offer a comfortable environment for audiences.”

Bethany Waterworth, the theatre’s operations coordinator, said: “The enjoyment and comfort of our customers is a top priority and ensuring our heating system is running efficiently is an integral part of this.

“We also have a duty of care to preserve such a historic building to the highest standards and it is important that we use contractors that are capable of delivering a quality service.”

Newcastle Theatre Royal was granted its royal licence by King George III and was originally in Drury Lane, off Mosley Street, when it first opened in 1788. It later moved to its current location in Grey Street, where it was regarded as a flagship development in builder Richard Grainger and architect John Dobson’s plans to reshape the city.

Many stars of the English stage have trodden its boards including Sir Ian McKellen, who once described it as his favourite theatre.

Reconomy has been appointed as Karbon Homes’s waste and recycling partner for around 30,000 of the housing association’s properties across the north-east of England and Yorkshire.

City-based Jaguar Building Services has extended its contract with British Land to provide mechanical and electrical maintenance services at Paddington Central in London.

Contract caterer BaxterStorey has been awarded a three-year contract with AQA Education in Milton Keynes to provide a food service highlighting sustainability and minimal food waste.