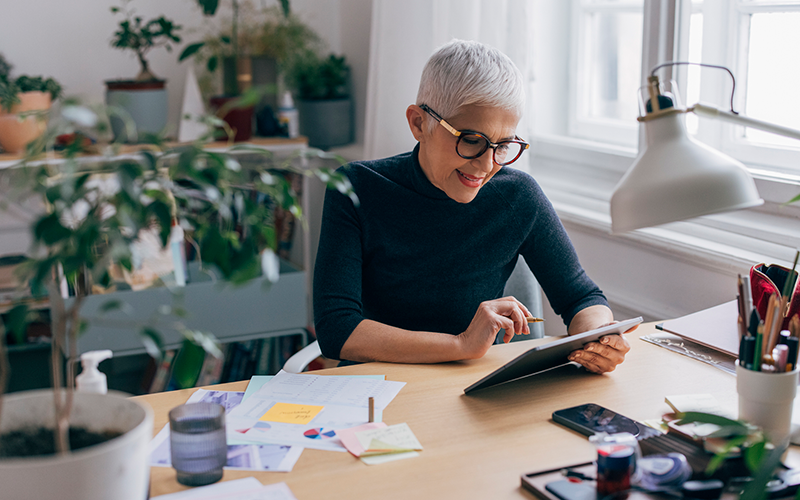 New research findings reveal that over a third (38 per cent) of those aged over 55 have not received any workplace training for at least a decade – or ever.

This compares with 67 per cent of those aged 35-54 and 83 per cent of 18-34-year-olds. The research by the City & Guilds Group is urging businesses to “stop the silver talent drain from the workforce by investing in upskilling valuable older workers – or risk further productivity shortfalls during the recovery period” in the face of the growing skills gaps in the UK owing to the pandemic and Brexit.

As many older workers were made redundant by the pandemic, the findings show this group is at the highest risk of being left behind when it comes to formal workplace training – making their skillsets increasingly less relevant and individuals less employable.

The findings also showed that less than half (47 per cent) of older workers think they have all the skills they need to succeed in the workplace, and only 20 per cent plan to retire soon – meaning that most will be left with outdated skill sets.

The figures also suggest that training is not being geared towards the needs or aspirations of older workers. Working-age adults aged 55-plus are most likely to say that the last workplace training they received was not useful for their current job day to day (20 per cent), while half don’t feel that the training they received would help them to live a more fulfilled life (47 per cent).

Meanwhile, with City & Guilds Group’s recent Skills Index report revealing that only just over half (54 per cent) of businesses state that their organisation can recruit the skilled individuals it needs, the new data also demonstrates a huge opportunity to harness the valuable experience of older workers to fill skills gaps in the post=pandemic and Brexit world. However, currently just one in seven (14 per cent) businesses state they would consider turning to recruiting or retraining older workers or retirees to tackle skills shortages.

Kirstie Donnelly MBE, CEO of City & Guilds Group, said: “We are all living longer, healthier lives than previous generations, meaning more people will also need to work until they are at least 70 to ensure they have enough saved to retire. But with the pace of change in businesses only exacerbated by the pandemic – and the data painting a clear picture of chronic underinvestment in training older, more experienced workers – we risk consigning a generation of valuable workers to the scrapheap, just when many industries are crying out for more workers post-Brexit and as we unlock society after the pandemic.

“With many older workers impacted by the pandemic, we also need to create opportunities for them to re-enter the workplace, for instance, through flexible work or training that fits around their responsibilities. Ultimately, if we don’t keep on investing in our workforce throughout their lives, recognising their value right through to retirement, older workers will not to be able to contribute effectively to their employers and the economy in years to come. And this is something we simply can’t afford.”

Kevin Rowan, head of organising services and learning at the Trades Union Congress (TUC) said: “We fully agree with City & Guilds’ findings regarding older workers being left behind in the workplace. In our own research considering supporting older workers, released earlier this year, the TUC identified that older workers had been disproportionally impacted by the pandemic. We called for more support to help workers who need or choose to work later in life to identify and get access to training or resources they need, and better rights to enable them to work flexibly.

“Access to learning opportunities are an important feature of good-quality work and fulfilling lives, including maintaining good mental health. Older workers being disadvantaged or prevented from learning is both economically and socially damaging, short-sighted and counterproductive. We need genuine lifelong learning for all.”