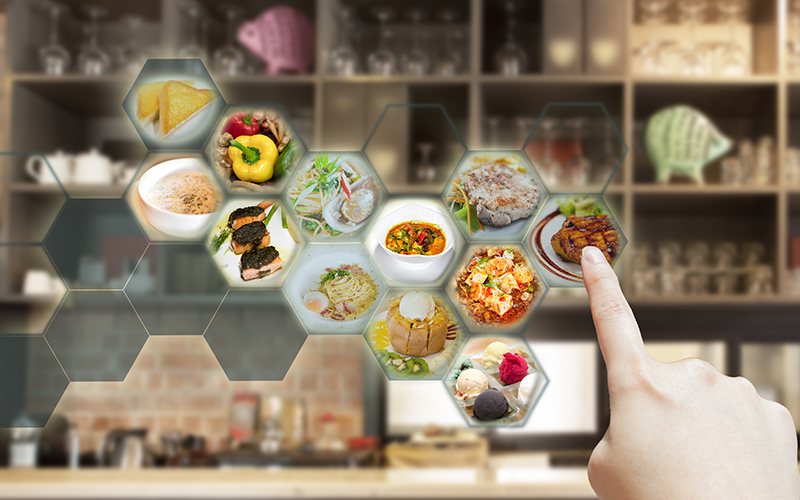 Experts suggest that tech solutions are one way of solving the skills crisis in the sector. – Shutterstock

9 in 10 contract caterers are facing shortages this year

51 per cent of businesses anticipate shortages n all roles

39 per cent are concerned about back-of-house roles only

Last month, Facilitate reported on how catering and hospitality experts are warning of staffing shortages in the coming year as the consequences of a global pandemic and Brexit hit the sectors. Where are gaps and how can they be filled?

Data analysed by catering experts Taf Consultancy shows that 9 in 10 contract caterers are facing shortages this year. The data also shows that 51 per cent of businesses anticipate shortages in all roles and 39 per cent are concerned about back-of-house roles only.

But what this scenario also exposed was how little is going into adequate training for these sectors. Last week, research by the City & Guilds Group even suggested that older workers who were under-trained in general by businesses, could be used to plug some of these skills gaps.

Adele Oxberry, CEO of Umbrella Training has told Facilitate that the problem is a long-running one and dates back before the pandemic.

Oxberry says: “It [lack of investment in training for catering/hospitality] had started before the pandemic but, as a consequence of new government priorities since the pandemic, it has accelerated. Government initiatives to support a world post-pandemic, such as the Plan for Jobs and Lifetime Skills Guarantee, do not recognise the hospitality skills challenge as a priority."

She says that "hospitality and catering as a sector has been pushed further back in the queue for any investment by the government".

Demand plays a huge part in this, according to Oxberry. "The sector has a historically poor reputation in parts and demand for jobs isn’t always high," she explains.

She says: "Kitchens in colleges and universities such as University of West London were all being closed due to a lack of demand for their culinary courses. Mergers in colleges have also weakened opportunity for the sector, with fewer courses on offer.

"Colleges and education providers are required to also position themselves with local and regional priorities, so the focus has been redirected to suit those needs."

"Too many sectors are finding that recruiting skilled, motivated staff… is far more challenging today than it was prior to 31 December 2020."

But Chris Stern, managing director of the Stern Consultancy, also says: "We really need to get better at making hospitality an appealing profession at all levels.  On the continent for example, front of house service has long been seen as a worthwhile long-term career.  Here, it has too often been seen as a stop gap.  Initiatives like the Gold Service Scholarships and awards at all levels within the Cateys go some way to professionalising our industry, but it’s still not enough.

"It’s probably not  much helped with so many people being attracted to degrees at university, few of which are vocational.  I feel that as a country we could and should do more to recognise vocational qualifications and how our industry can be a great long-term career."

Last year there were calls for a minister to be created for the sector. A petition created by food writer Claire Bosi, writer and ex-wife of chef Claude Bosi, called for the post to “be created for the current, and successive governments”.

Oxberry agrees with the idea. "We do not hold enough political weight as a sector. The pandemic has shone the light on UKH who have challenged and lobbied as best they can. But the need for our own minister is apparent to truly make us heard and this needs to be facilitated."

But the government has said a minister is not needed and that a minister with responsibility for hospitality already exists.

A Department for Business, Energy and Industrial Strategy spokesperson also told Facilitate that employers should invest in "our domestic workforce instead of relying on labour from abroad and the Government will continue to take the necessary steps to ensure employers can access the skilled workforce they need as we safely reopen the economy".

The spokesperson adds: “Our Hospitality Strategy includes measures to help address current recruitment challenges as well as make the industry a career option of choice. This includes highlighting opportunities to jobseekers through dedicated work coaches and exploring options for vocational training that support careers in the sector.”

Tracey Ann Fairclough, managing director of TAF Catering Consultancy, last year suggested that exploiting technology solutions to feed workers was one of the ways to ameliorate the situation.

Oxberry says "it is a viable and solid solution not only because automation can replace so many roles in an increasing labour shortage situation, but also the cost-effectiveness can fully support all businesses of all sizes."

She adds: "IT systems have always been around but not completely utilised or bought into. These have applied to many operational processes such as HR functions, salaries, door keys that also operate your entire room, Covid-19 secure customer details, payment transactions and anything to do with a booking. Collecting customer data can support with sending key messages and giving reward/loyalty points... Web generation, payments, and mobile technologies – all of these have become the norm since the pandemic for what seems like a new generation. There are so many grants by government that support with digitalising your business as well which really support with moving into automation comfortably. Some hotels are going as far as introducing robots."

Brexit has only accelerated the need for investment but Oxberry thinks "the government does not appear to be on board with this".

Last week, Andrew Alleway, co-founder and managing director of Tidy Green Clean, a commercial cleaning business in Aberdeen, said that Brexit "isn’t working for business and the pandemic is merely exacerbating it”.  Alleway said: "Too many sectors are finding that recruiting skilled, motivated staff to work in their industries is far more challenging today than it was prior to 31 December 2020."

Oxberry says: "Employers relied heavily on our European counterparts to fill vacancies, yet we are now seeing the impact of a lack of labour due to low interest from homegrown talent in Britain. We need a national campaign led by the government showcasing great case studies of young people from all backgrounds in the sector and progressing. Pay and terms and conditions of employment need to improve – this must happen for the sector to be taken seriously by the next generation."