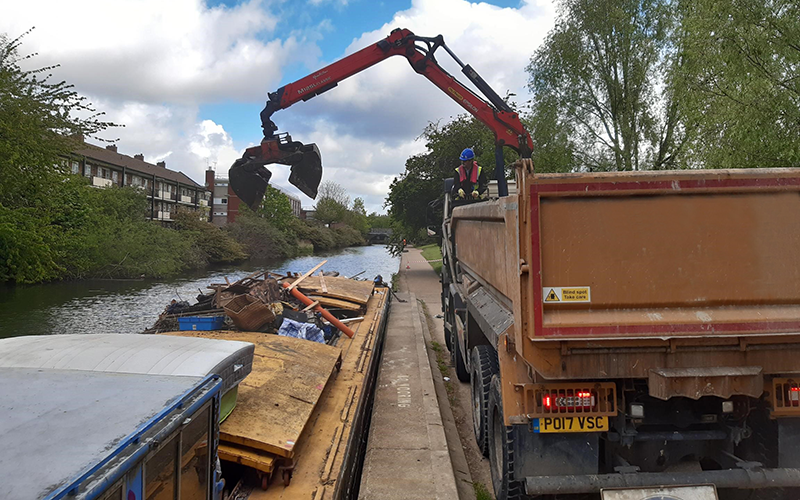 Reconomy has won a new contract from the Canal and River Trust to collect, process, and dispose of hazardous waste materials from about 2,000 miles of Britain’s waterways.

The circular resource management specialist will introduce a range of waste management services and systems to protect the environment from the effects of hazardous waste, improving life for users of the waterways.

This deal expands the range of services Reconomy already provides to the trust, such as the collection of general waste from some sites.

The trust is responsible for England and Wales’s legacy of 200-year-old waterways. The charity maintains at least 2,000 miles of waterways, including 2,980 bridges, 1,580 locks and 335 aqueducts – as well as many wildlife habitats and natural ecosystems.

Reconomy said it would support the trust in its environmental endeavours and collaborate to help deliver the organisation’s broader sustainability goals and aspirations by managing some of the more challenging waste scenarios it faces and improving its environmental footprint.

Harvey Laud, divisional director at Reconomy, said that as a partner to the trust the company had “developed a sound understanding of the challenges presented in managing such a varied and beautiful estate”.

“The team is so enthusiastic to deliver an exemplary service for the trust and its stakeholders and is eager to get involved in some of the exciting projects we have planned.”

Jamie Bryan, the trust’s framework contract manager, added: “Our canals and rivers run through some of the most heavily populated communities in England and Wales, providing accessible green and blue space where they are needed most. They also bring vital wellbeing opportunities to millions, which is more important than ever, given the struggles we have all faced over the last 18 months.

“The swift and correct management of waste – and in particular, hazardous materials such as oil and fuel spillages and fly-tipped waste – is critically important to maintaining the high standards of our waterways.”

A third of white-collar professionals have stated that they are “very likely” to leave their job in the coming months, unless more understanding and assistance is directed toward personal matters that affect their work.
Surveys
Open-access content
Filed in:
News
Also filed in:
Contracts
Environmental Quality
Waste management
Recycling
Infrastructure