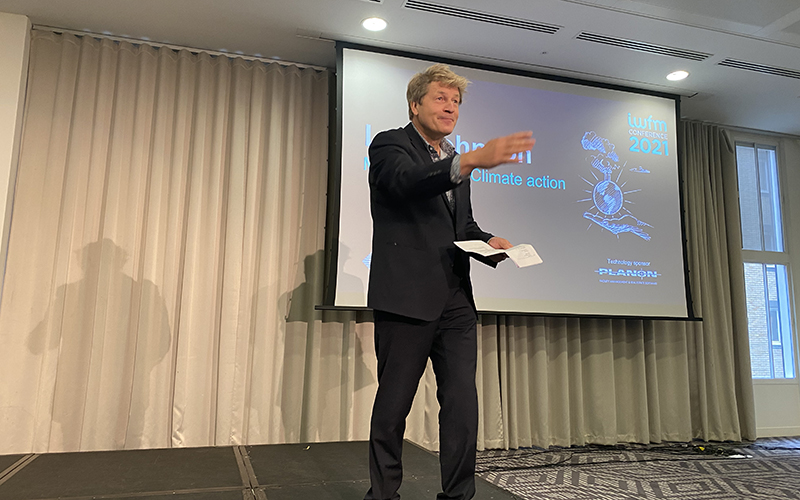 Leo Johnson at the IWFM's 2021 conference

"It’s not just about Net Zero; Net zero is no more than a first step. You can’t just shunt everything through space and time to 2050 and then ask a future generation to do stuff.”

The theme of the IWFM Conference 2021 was 'Emerging stronger’, with speakers tackling the megatrends affecting the world of work. Leo Johnson, co-presenter of Radio 4’s FutureProofing and disruption lead for PwC, considered the impending challenges of the climate crisis and how this profession could rise to them.

Keen to deliver an environmental ‘truth bomb’, Leo Johnson spoke of workplace and facilities management’s creativity as a profession and how it can be pivotal to a carbon-neutral future.

He warned of tipping points tending to follow a slew of accelerating crises, informing us that last year’s forest fires made the Amazon rain forest, for the first time, a net emitter of carbon.

So – solutions? “What can you do with capitalism to get it back on the right track and focused on climate change?”

Johnson challenged delegates to choose between broad ‘big idea’ options: a wealth tax to fund low carbon innovations; a personal carbon allowance; geo-engineering; a global assembly to take the critical multinational decisions; or ‘ecocide’ – making crimes against the environment a crime you could be charged with by the International Criminal Court (ICC).

Delegates chose variously from this list, but one thing Johnson was sure of was that Net Zero 2050, despite all the fanfare, can only be the first step and not by any means an end goal. We would, he said, be “slightly delusional” to rely on net zero.

There are positives, however.

“A few things give me a bit of optimism. One of them is the level of innovation going on in the transport, energy and food sectors, which is collectively 90 per cent of emissions – there is some sexy stuff that's happening.”

Venture capital has started to “really up its game” with climate tech suddenly “the hottest game in town”.

What’s more, some solutions have the potential to offer exponential gains. Electric vehicles don’t just cut down on fuel emissions, they can last up to seven times longer, create much less friction and have much lower wear and tear on the moving parts.

Similarly, ever more intricate methods of fossil fuel extraction are increasingly expensive to initiate, with the cost curves for renewables making them ”cheaper and cheaper”, while a complete revolution in food production means that these three sectors are poised for huge change.

Johnson also pointed to the work of the Task Force on Climate-Related Financial Disclosures and that, as a result of this combination of technology and the broader market, the government is responding. Subsidies for the fossil fuel sector would soon be switched to instead accelerate and promote a whole series of innovations in clean technology.

So – what can this sector do?

Beyond the certain impact of Internet of Things sensors on energy consumption – simply responding well to performance data – the future could be one with vertical farming opportunities, for instance. “What about using some of the office space that's freed up for some actual greenhouse production? “You've got this potential to create spaces where the office gets reimagined."

“We've had offices that often have sucked; offices that were symbol for the third Industrial Revolution, of Taylorism, of bowing down to the God of efficiency, just putting people in these boxes where their job is to follow the process. I think that's all for the birds.

“No one's going to want to come to these places. I think the real opportunity is the office as a place for real collaboration, where we get together and do stuff.

"My hunch is that reimagining that free space, bringing in social enterprises into the unused spaces in the buildings or turning offices into mini work hubs where you can bring in outsiders where the boundary of the corporation starts to shift."

“Technology is the amplifier of intent. What we need right now is our intent towards the world and towards each other to be rekindled. There's nothing like being with each other. We're at this perilous moment where we're thinking that the intelligence is in the machine and decisions taken by the machine."

Workplace and facilities management, particularly post-pandemic, has a key role to play in shaping a pragmatic yet functional response to the climate crisis.

1. Are you working with other local businesses to maximise space in a hybrid working environment?
2. Are you ensuring as much IoT measurement of building performance as possible? Every small improvement counts. 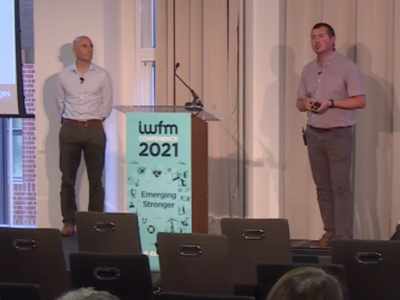 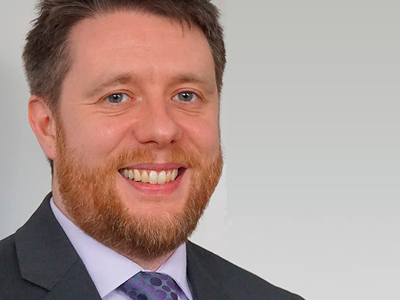 IWFM Conference 2021 Report: Gordon Mitchell on data, standards and the future of the built environment 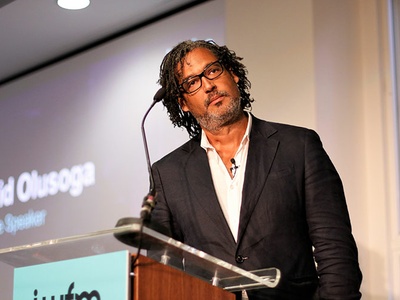 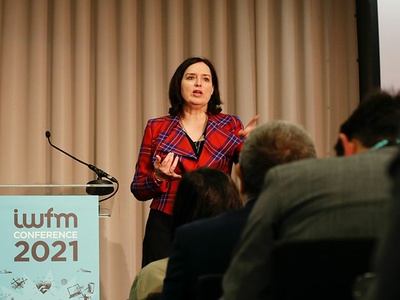 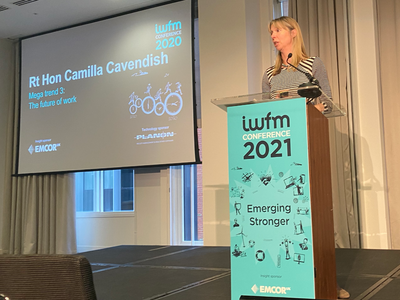