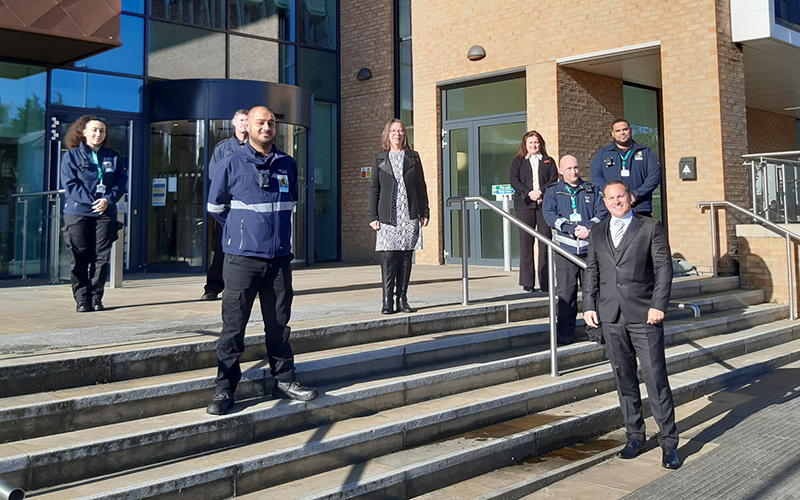 The council in west Hertfordshire, which includes the towns of Hemel Hempstead, Berkhamsted, Tring and Kings Langley, has provided District Enforcement’s environmental officers with powers to issue fixed penalty notices (FPNs) if they witness people littering, failing to clean up after their dogs or breaching the borough’s Public Spaces Protection Orders (PSPO).

The firm’s officers will patrol Dacorum Borough’s town centres, rural areas and public open spaces from this month. Initially, they will aim to engage with residents and remind them to put their litter in the requisite bins or encourage them to take it home with them.

Officers will wear body cameras to capture interactions between officers and members of the public. They are empowered to issue FPNs of £80 for littering and PSPO breaches. If an FPN is not paid, the offender could face prosecution and a bigger fine.

Dyl Kurpil, managing director of District Enforcement, said: "Our service has been set up to be cost-neutral for Dacorum – officers are not incentivised to meet financial targets or goals and our sole ambition is to reduce the amount of littering and dog fouling on the streets. We have a dedicated team of officers who will, on a daily basis, patrol the borough and take a fair and proportionate approach to educating the public and issuing FPNS for environmental crimes witnessed.”

Councillor Julie Banks, portfolio holder for community and regulatory services at the council, added: “Littering and dog fouling are some of the most reported issues to councillors and we will be taking a more targeted and proactive approach to tackling these antisocial activities.

“Residents tell us time and again how frustrating it is to see litter, cigarette butts and dog faeces out in their communities. Our environmental services team work extremely hard to clean up communities, but a small minority of people continue to drop litter or fail to clean up after their dog. As a consequence, we are introducing proactive enforcement to target this unacceptable behaviour.

“We want people to take pride in where they live and we are confident that the professional approach of District Enforcement will help to change people’s attitudes.”