Kier reconfirms pledge to electrify its fleet by 2030 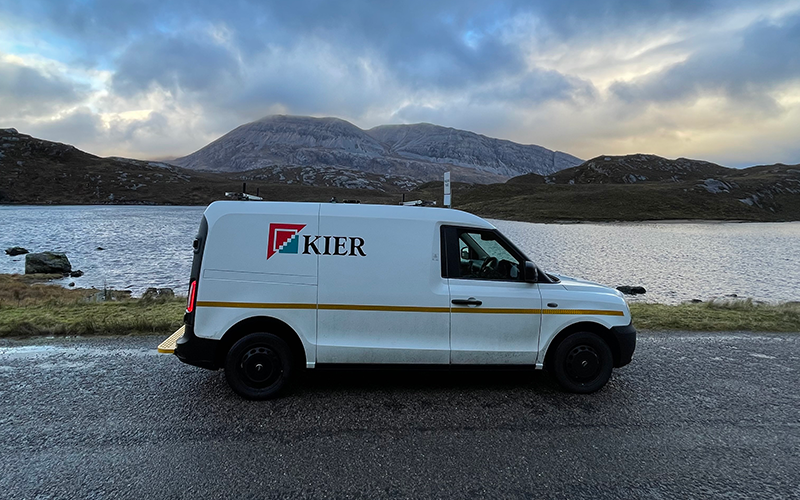 Kier has joined the EV100 by transitioning to electric vehicles – Kier

Construction and FM firm Kier has joined the EV100, the Climate Group’s global initiative for companies committed to speeding the transition to electric vehicles (EVs).

The group announced its commitment during COP26 to electrify its fleet of 3,730 vehicles and support its employees’ EV adoption by installing EV charging stations at 30 UK locations by 2030.

Jo Gilroy, Keir’s head of environment and sustainability, said: “We are proud to be joining EV100, alongside other like-minded organisations. This solidifies our commitment to having a fully electrified fleet by 2030, which is a commitment we have also made in our Carbon Reduction Plan. It also directly feeds into our group’s purpose to sustainably deliver infrastructure which is vital to the UK.”

Sandra Roling, head of transport at the Climate Group, added: “EV100, which continues to grow in reach and impact, is a powerful catalyst for electric transport and a vessel for crucial climate action from businesses. It’s encouraging that so many additional companies this year have recognised the vital role they have in tackling the climate crisis and the critical opportunity offered in transportation electrification.

“This is the Climate Decade, and it’s vital that business and government collaborate effectively for the world to limit global warming to 1.5°C.”

Since its launch in 2017, EV100 has grown rapidly to drive the electric vehicle revolution. In 2021, more than 440,000 new vehicles have been committed and membership has increased by almost 25 per cent to include 120 companies. Its member companies employ over five million people, with total revenues topping $1.8 trillion.

Through EV100 member commitments, at least 5.4 million vehicles will convert to electric by 2030 and more than 9,400 charging locations will be installed.