Women make up half of workforce but only one third of management positions, says report 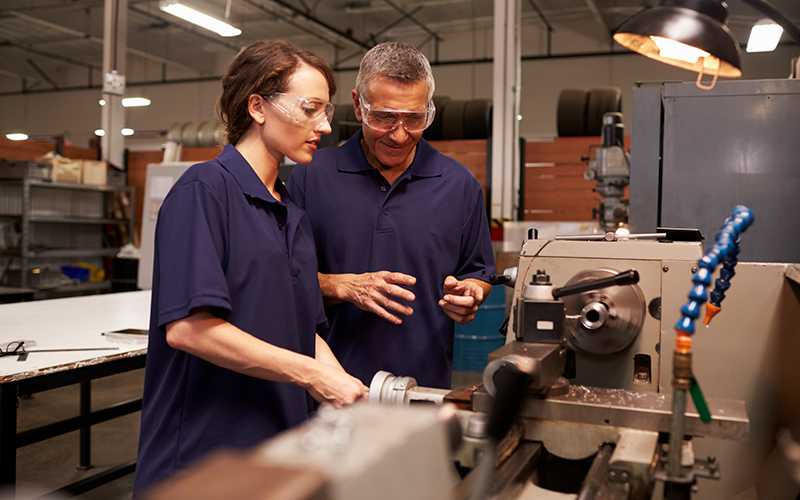 Women make up nearly half (43 per cent) of the global workforce, but only a quarter (27 per cent) of management positions and a third (31 per cent) of supervisor roles, according to a report by ethical trade membership firm Sedex published on Equal Pay Day.

The report also reveals that in certain sectors and roles, gender imbalances are particularly prominent. These typically follow traditional gender norms of male-dominant and female-dominant industries, it says.

For example, the data reveals that women's workforce participation is 60 per cent in services to buildings and landscape activities (including cleaning), 69 per cent in human health activities and 62 per cent in the apparel manufacturing sector.

But women account for just 26 per cent in computer programming, consultancy and related activities, 21 per cent in security and investigation, and just 14 per cent in specialised construction roles. These three sectors require specialised, more technical skills, and are also typically better paid.

The agriculture and apparel manufacturing sectors have the largest gaps between men and women when comparing workforce composition against the workplace equality data points included in the report. These sectors are also recognised as having labour-intensive and low-skilled work within their supply chains, are reliant on migrant labour, and often have tough conditions that put workers’ health and safety at risk.

The study suggests that one solution to promote better working conditions for women lies in greater female representation on worker committees.

These provide channels through which workers can raise issues and concerns to management. Collective bargaining opportunities provided by worker committees (and other forms of associations) allow workers to drive positive change.

These issues also have an impact on the breadth of some of Sedex’s insights. At an aggregate level, more than 80 per cent of sites did not provide gender-disaggregated information for promotions or worker committees. Over 90 per cent did not separate data on worker grievances by gender.

Sedex represents 60,000 organisations from across the global supply chain.