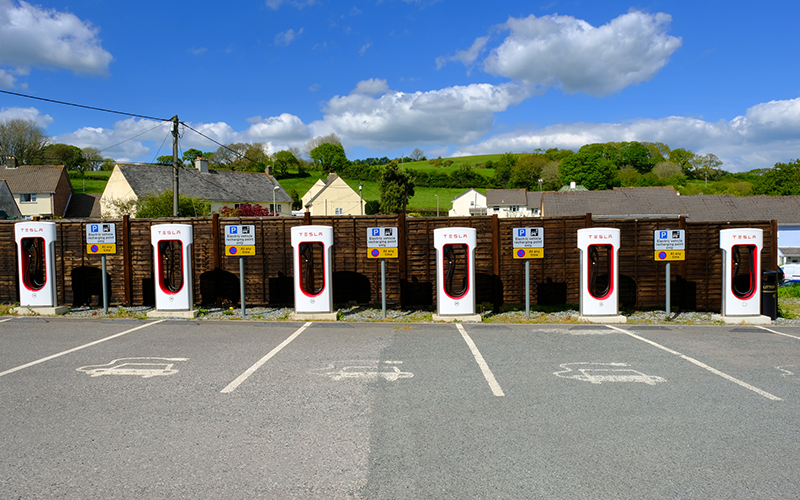 All new and renovated buildings will be required to install electric vehicle charging points from next year, under new government rules.

Prime Minister Boris Johnson said that new buildings such as supermarkets and workplaces, as well as those undergoing major renovation, will need to have the charging points. The rules will also apply to new homes and those undergoing large-scale renovations.

Johnson said that this would create up to 145,000 extra charge points across England each year in the run-up to 2030, when the sale of new petrol and diesel cars will end in the UK.

After consulting with industry, the government will also introduce simpler ways to pay while travelling, such as contactless, at all new fast and rapid charge points.

The government said that this announcement builds on the 250,000 workplace and home charge points it had already supported to date.

Commercial Maintenance Services (CMS) UK said the requirement for electric vehicle charging points was a “major leap forward” in the creation of a practical nationwide network.

The company launched its EV charging installation service earlier this year and said that it was experiencing rising demand as commercial and public sector organisations become more aware of the need to improve their sustainability.

“However, businesses also recognise that electric vehicles are the future, and they must respond by installing charging infrastructure, to meet the needs of their employees, customers and visitors,” he said.

“This rule change represents a major leap forward in dramatically expanding the charging network to ensure it can support the expanding number of EV owners.”

The government also said that £9.4 million would be invested into the Whitelee green hydrogen project to develop the UK’s largest electrolyser, a system that converts water into hydrogen gas as a way to store energy and supply local transport providers with zero-carbon fuel.