Grenfell driven by 'agenda of deregulation' 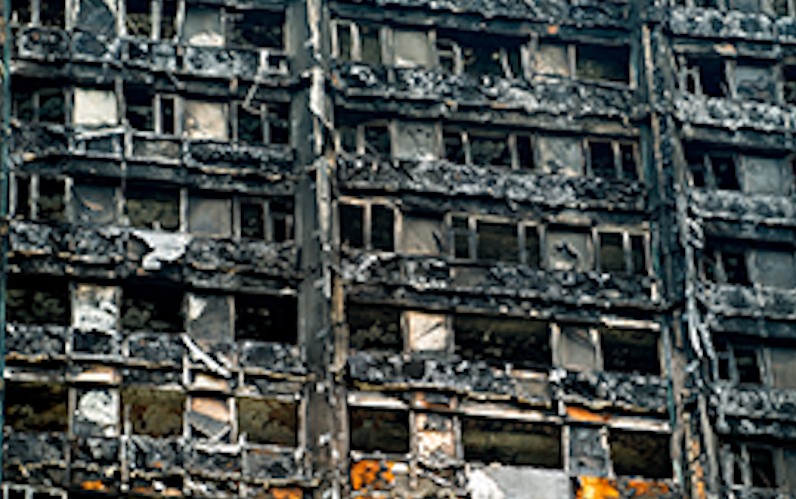 The aftermath of the horrific Grenfell Fire in 2017. – Shutterstock

The Fire Brigades Union lawyer for the  Grenfell Fire inquiry has placed central importance on the “agenda of deregulation, privatisation and marketisation” as causing the disaster.

Martin Seaward said that an agenda “which encouraged companies to behave recklessly towards building safety” was “actively and, regrettably, deliberately created by central government”.

The comments were made as part of the opening statements for Module 6 of Phase 2 of the inquiry, which is set to focus on government.

Seaward said that this agenda of deregulation, privatisation and marketisation had been in place for “more than four decades”, across multiple governments, and had “predictably… degraded public services such as building control and fire and rescue services, thereby [weakening] enforcement of these regimes, and led to the abolition of national bodies, ambiguity and confusion in the guidance which has been left unclarified, a culture of complacency created towards fire safety, both during and after building works, and private companies being enabled to put profit over people”.

He stated that, in turn, these factors “contributed to the systemic failure of the building and fire safety regimes, thereby enabling the installation of cheap and dangerous rainscreen cladding systems all over the UK, including at Grenfell Tower”.

Seaward specifically named the evolution of  building safety regulation “Approved Document B [ADB] with ever greater complexity and flexibility, bringing concomitant ambiguity and scope for manipulation” as an issue here, with confusion around the ADB being “ruthlessly exploited by manufacturing companies for their own commercial self-interest” according to Seaward.

He also pointed to the introduction of the Building Regulations 1985, which “replaced the previously detailed technical and prescriptive regulations, covering at least 300 pages, with ‘functional requirements’ covering just 25 pages, supplemented by guidance in the ADB”. This introduction of “functional” requirements was described by Seaward as a “major change”, which brought with it “significant flexibility” that in turn “could be and was exploited by some in the construction industry”.

Seaward also noted that after the Lakanal House fire, a 2009 fire in which six people died, none of the coroner’s “recommendations were implemented either effectively or at all either by Lord Pickles [Secretary of State for Communities and Local Government when the recommendations were made], his successors or anyone else in government” – which Seaward said was “the consequence of the government’s deregulatory agenda”. The recommendations included ones relating to “stay put” guidance, guidance on high-rise firefighting, and sprinklers.

Facilitate has approached the government for a response.