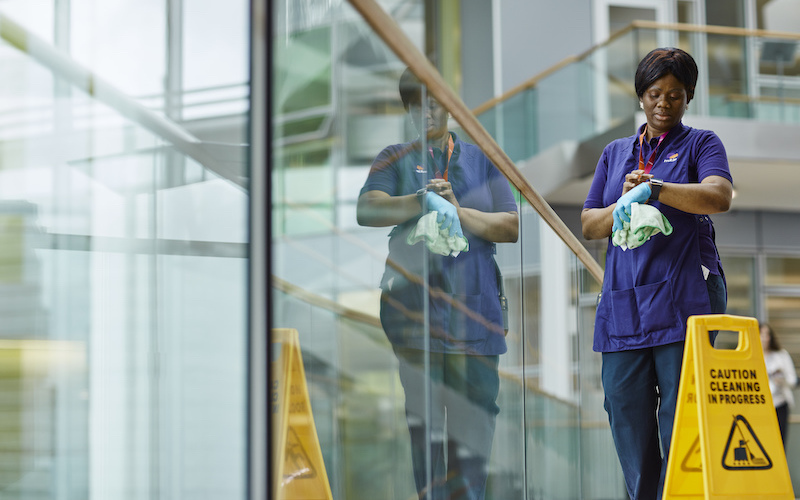 The update gives guidance for the full year, which ends 31 March 2022. It shows that revenue from Covid-19-related contracts was greater than expected at £109 million during the quarter albeit a fall of £40 million on Q2 FY22 figures (£149 million).

Excluding pandemic-related contracts, Q3’s revenue of £899 million was 6% ahead of that for the second quarter (£846 million), because of growth in the legacy Mitie and Interserve businesses. New contract wins and renewals over the period were worth more than £550 million.

The period saw the group gain new contracts at Lincolnshire Police Force, John Radcliffe Hospital, and IFM services wins with a large British manufacturer and Hitachi Rail. Its contract renewal and extension rate has remained at over 90%, with renewals or extensions from the Co-Op, Heathrow and Deutsche Bank during the quarter.

Figures for Q3in each sector show: