Businesses will increase salaries to attract and retain staff 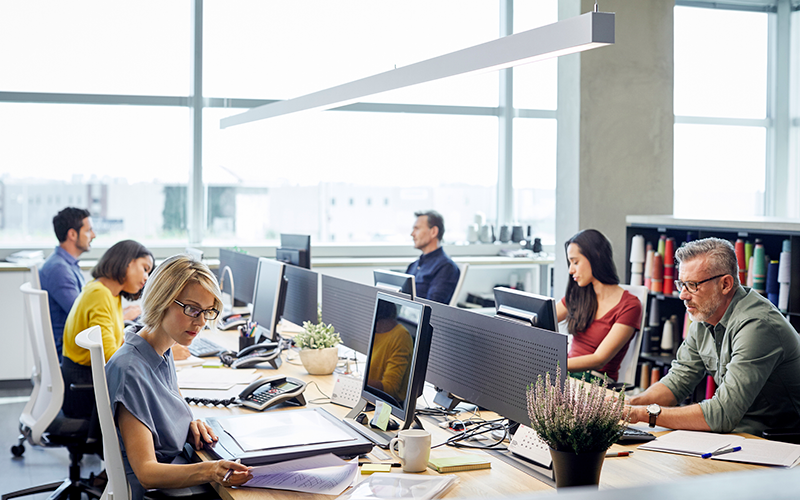 Employers expect to make pay awards of 3% in 2022 as they look to combat increasing recruitment and retention difficulties, reveals a quarterly labour market report.

The Labour Market Outlook from the CIPD, the professional body for HR and people development, highlights the scale of the growing challenge facing organisations in finding and keeping staff, and how they are responding. This quarter’s pay award figure is the highest since the survey was conducted using its current methods in the winter 2012/13 report.

More than 1,000 employers were surveyed in January about their hiring, pay and redundancy intentions for the first quarter of the year.

Over two-thirds (70%) of employers said they plan to recruit in the next three months to March and just one in 10 (11%) plans to make redundancies. Redundancy intentions were significantly higher before the pandemic, at 16% in winter 2019/20.

But although recruitment intentions remain strong, almost half (46%) of UK employers report having vacancies that are hard to fill. Two-thirds of employers (64%) anticipate problems filling vacancies in the next six months, with a third (33%) expecting these problems to be ‘significant’.

In response to recruitment challenges, in the past six months almost half (48%) of employers with hard-to-fill vacancies have increased wages to attract new hires and 46% of employers have advertised more jobs as flexible.

Overall, employers report that the median basic pay increase in their organisation (excluding bonuses) in the 12 months to December 2022 will be 3% – the highest figure recorded in the past 10 years of the CIPD’s reporting.

Other popular responses to retention difficulties in the past six months include improved flexible working arrangements, implemented by almost half of employers (48%), focusing more on employee wellbeing (45%) and increased investment in training and development (36%).

Jonathan Boys, labour market economist for the CIPD, said: “Even though businesses anticipate making record pay awards to their employees this year, most people are set to see their real wages fall against the backdrop of high inflation.

“What is encouraging is that more employers are looking beyond pay increases to help attract and retain staff by providing more flexible working opportunities and investing in more training and development, as well as taking steps to support employee health and wellbeing. Together these practices can broaden the range of candidates employers can attract and may also reduce the need to recruit more staff, which should reduce wage inflation pressure to a degree.

“However, the UK Government must also address skills policy failings to support greater employer investment in workforce training. In particular, there is a growing need to reform the Apprenticeship Levy into a more flexible training levy to help reverse the falling number of apprenticeships going to young people and enable employers to use the levy for other forms of more flexible and cost-effective training for existing employees.”

Other key findings from the report include: