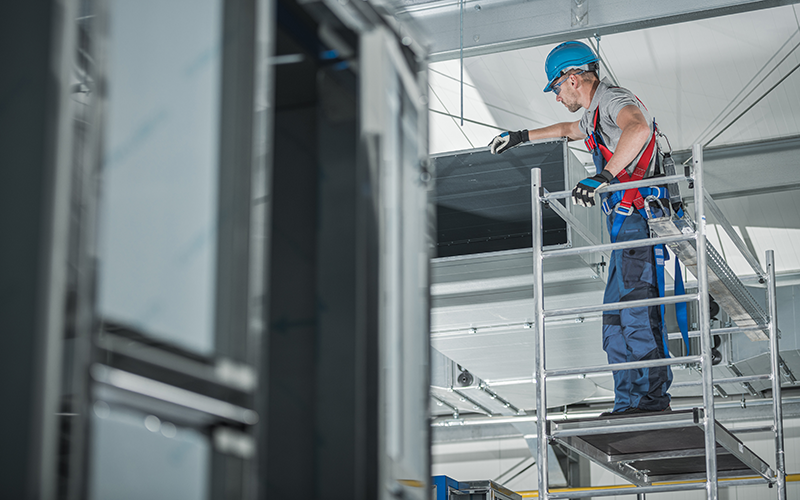 A new Building Safety Regulator is at the heart of the proposals and we are pleased to see the introduction of the New Homes Ombudsman, this will help to ensure there is consistency in redress for consumers across the property sector when buying and selling homes.

Timothy Douglas, head of policy and campaigns at Propertymark

The Building Safety Act, which was given royal assent last week, is already having a big impact on the industry, according to some in the sector. But further action is needed.

The secondary legislation needed to turn the main proposals of the Act into specific legal measures are already in draft form and will provide the detailed actions required over the next 12 to 18 months, the Building Engineering Services Association (BESA) said.

BESA said that the ‘culture change’ demanded by Housing Minister Michael Gove and other political figures is already having an influence on the sector.

The Act covers all work that needs to be notified under the Building Regulations. There is a widely held misunderstanding that the new laws are only for high-risk buildings. In fact, they cover everything apart from DIY work, BESA said.

The legislation is also very focused on naming individuals who can be held legally accountable for actions and omissions in planning, procurement, and operation of buildings. Each building will have an ‘accountable person’, who must also be able to “plan, monitor and manage” work.

Under the legislation, the client has responsibility for appointing competent firms, but contractors must also be honest about their ability to carry out the work they are being appointed to do. This means firms must be able to provide evidence that they were competent to complete a piece of work should there be a subsequent legal action.

The new Building Safety Regulator, already appointed and supported by the Health & Safety Executive (HSE), will be carrying out in-depth reviews of 12,500 ‘high risk’ buildings over the next five years to look for failings retrospectively. Those retrospective powers can also be used to look into problems on projects already complete and currently underway – hence the need for high standards of work now and not at some indeterminate date in the future.

Debbie Petford, legal and commercial director at BESA Group, said: “Industry bodies, like BESA, are aware of the impact on responsibilities under the new regime, which is why we have been signposting these changes for some time.

“Our members are well briefed, but there is more to do so we will continue providing legislative updates and advice alongside the technical guidance and standards needed to be compliant.”

Although Propertymark, the membership body for property agents, welcomed the Act, it said: "Ministers had previously promised that leaseholders would be protected from the costs of cladding remediation, but landlords owning multiple properties have been prevented from accessing the fund as they are viewed as being of ‘significant wealth’."

Timothy Douglas, head of policy and campaigns, said: “Propertymark continues to believe the legislation falls short on the UK Government’s pledge that those who did not cause this crisis would not have to pay to fix it, because there are leaseholders who will still not be eligible to access to the Building Safety Fund and that is unfair.

"A new Building Safety Regulator is at the heart of the proposals and we are pleased to see the introduction of the New Homes Ombudsman, this will help to ensure there is consistency in redress for consumers across the property sector when buying and selling homes."

More news from the sector

A third of white-collar professionals have stated that they are “very likely” to leave their job in the coming months, unless more understanding and assistance is directed toward personal matters that affect their work.
Surveys
Open-access content
Filed in:
News
Also filed in:
Health & Safety
Statutory Compliance