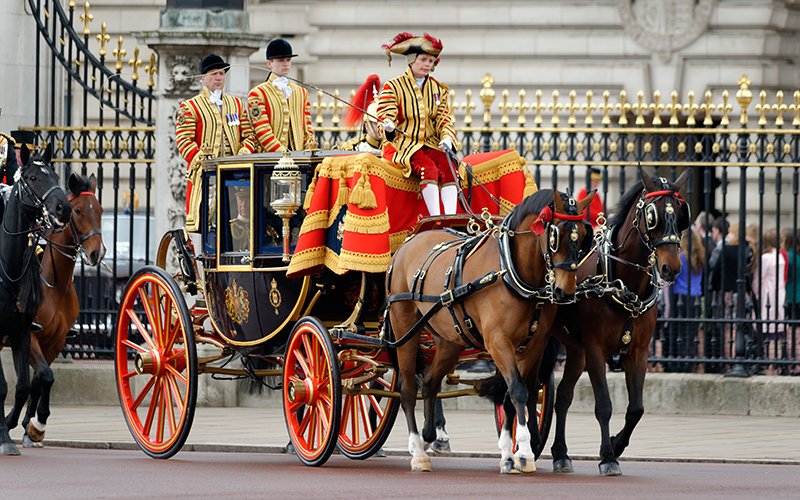 An energy security bill to support the transition to cleaner, more affordable and more secure energy was announced in the Queen’s Speech yesterday (10 May).

The legislation will “build on the aims of the COP 26 summit” and “also aims to deliver the commitments in the British Energy Security Strategy and the Ten Point Plan for a Green Industrial Revolution”.

The speech also included a Levelling up and Regeneration Bill intended to support local growth “to empower local leaders to regenerate areas” and “will include reforms to the planning system – designed to support more public involvement in local development”.

There was also an announcement of how public sector procurement will be simplified and reformed with the intention to support opportunities for smaller businesses.

Julie Hirigoyen, chief executive officer of green body the UK Green Building Council, said: “The Queen’s Speech acknowledged the need for cleaner, more secure and affordable energy. The government should use its energy security bill to throw a lifeline to millions of renters and homeowners by introducing a package of measures on minimum energy efficiency standards. Without government action to insulate homes, there is no end in sight to the energy bill crisis and no prospect of meeting the UK’s climate commitments.

“Planning reform is long overdue to deliver development that is aligned with our climate commitments and homes that are protected against increasing energy costs. If the government is to achieve its ambition to transform the UK by spreading opportunity and prosperity, then the upcoming bill must ensure that the English planning system is in line with the Climate Change Act and puts us on the pathway to net zero. This will help deliver sustainable development that improves the quality of life for all communities across the UK.”

Simon Virley, vice-chair and head of energy and natural resources at KPMG, said: “The measures set out today in the draft energy security bill are all welcome steps to building a low-carbon economy over the longer term.  But there is nothing in the draft bill that will help consumers with the cost of living crisis in the short term, or help improve energy efficiency, which is the most cost-effective way to permanently reduce energy bills, lower carbon emissions and reduce our dependence on imported oil and gas.”

Molly Scott Cato, former Green MEP and now professor of economics at the University of Roehampton, argues that while higher renewables targets are welcome, the government continues to mistakenly pursue blind alleys such as hydrogen and fracking.

She said: “Yesterday’s announcement of the energy security bill is an encouraging sign that strategic planning of our energy system is finally being taken seriously. Despite being advocated by environmentalists for decades, it’s tragic that the war in Ukraine and a huge spike in energy prices are the catalysts for the government to address our energy crisis now.

“While higher targets for renewables are welcome, the government is still favouring blind alleys such as the misnamed hydrogen (often just a modified form of fossil fuel) and fracking. “Despite holding the COP presidency in Glasgow last year, the expansion of these fossil fuels means the government is turning its back on the recent promises it made.

“The energy security bill needs to develop our abundant renewable energy resources that are the fastest and cheapest way to supply the electrification of our society and economy. For example, Simon Evans from Carbon Brief has identified 649 onshore wind and solar projects in the UK that already have planning permission, meaning they could be rapidly installed. If they all went ahead, they would save more gas than we currently import from Russia.

“Most importantly, the energy security bill fails to focus on the most efficient way to gain energy security: by reducing energy demand through switching from private to public transport and increasing energy efficiency, primarily by insulating people’s homes. This will lead directly to energy bills becoming lower due to homes being better insulated and is the best way to tackle the cost of living crisis.”

A third of white-collar professionals have stated that they are “very likely” to leave their job in the coming months, unless more understanding and assistance is directed toward personal matters that affect their work.
Surveys
Open-access content
Filed in:
News
Also filed in:
Energy management
Sustainability
Environmental Quality