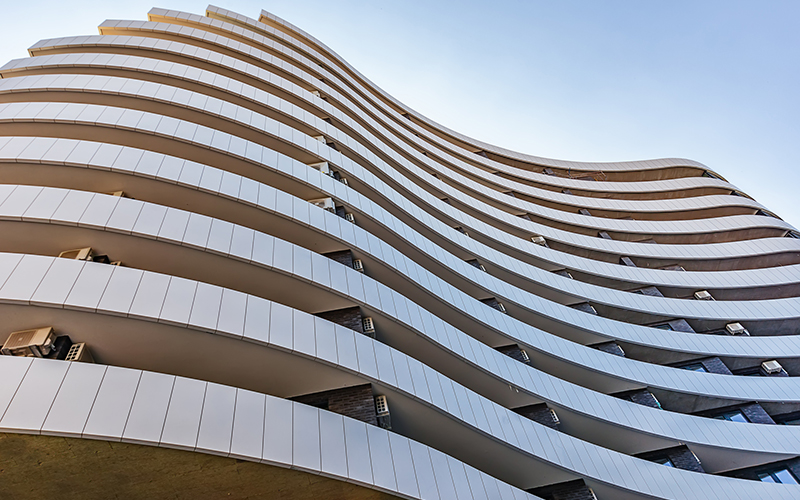 Proposals for how developers would pay to fix unsafe buildings have been set out by the government as it moves a step closer to imposing its new building safety levy.

It has now begun consulting developers and other interested parties on the plans, which will see an estimated £3 billion collected over the next 10 years.

Under the proposals drawn by the Department for Levelling Up, Housing and Communities, developers of residential buildings, regardless of their height, will have to pay the levy contribution as part of the building control process.

This will mean that unless the levy is paid, a developer could not move on to the next stage of the building process, which could lead to project delays and affect future revenues.

Rowley said the consultation would give industry and local authorities "an opportunity to work with us going forward".

The government’s proposals include an option to alter levy rates depending on where in the country the building is, with lower rates in areas where land and house prices are less expensive. It also suggests that local authorities will be best placed to act as the collection agents as they have the necessary systems, data, knowledge, and relationships in place with the developer sector.

To protect the supply of affordable homes, it is proposed that they should be exempt from a charge, along with a number of community buildings, including NHS facilities, children’s homes and refuges, including those for victims of domestic abuse.

The levy will be reviewed regularly so that it can be adjusted to take account of changing circumstances, such as wider economic conditions. There are also plans to protect small and medium-sized enterprises by excluding smaller projects.

The levy will run alongside the developer pledges that were announced earlier this year. Under the pledges, 49 of the UK’s biggest homebuilders have committed to fixing life-critical fire-safety defects in buildings over 11 metres where they had a role in developing those buildings in the past 30 years. This amounts to a commitment of at least £2 billion.

The levy was first announced in February 2021 and plans to extend it to cover all residential buildings were confirmed in April 2022. It is one of the ways the government seeks to ensure that "the burden of paying for fixing historic building safety defects does not fall on leaseholders or taxpayers".

The consultation seeks views on the delivery of the levy, including how it will work, what the rates will be, who must pay, what sanctions and enforcement will apply, and who is responsible for collecting it.

The consultation will be open for 10 working weeks from 22 November and seeks the views of all interested parties, especially developers of all sizes, building control professionals and local authorities. Their views will be taken into account before any final decisions are made next year.

Proposals for how developers would pay to fix unsafe buildings have been set out by the government as it moves a step closer to imposing its new building safety levy.
Open-access content

London (Central)
Up to £90,000 per annum plus excellent benefits including generous pension and holiday entitlement
Reference
59252
END_OF_DOCUMENT_TOKEN_TO_BE_REPLACED