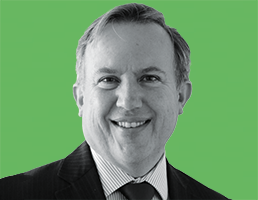 Mike Sewell offers advice on how to be energy efficient.

The planet's average surface temperature has risen by about 0.9°C since the late 19th century, driven largely by increased CO2 and other human-made emissions.

NASA says most of the warming occurred in the past 35 years, with the five warmest years on record taking place since 2010.

During the 1970s and 1980s there was a direct relationship between energy consumption and the economy; as one grew, so to do did the other. However, over the past 15 years, GDP has grown while energy consumption has dropped year on year.

End users must also be engaged and educated to use a space efficiently and manage waste.

This formula can lead to massive savings of as much as 55,000MW/h and £4.5 million, along with carbon reductions of over 600 tCO2. This equates to saving the same amount of energy and emissions used to operate two major hospitals in a year.

Don't despair. We want to use less energy and the technology is there to help us do that. Let the economic benefits be the driver, and we can ensure future generations have a planet where they can live and prosper.

London (Greater)
Up to £47,276 per annum plus excellent benefits
Reference
59097
END_OF_DOCUMENT_TOKEN_TO_BE_REPLACED