Who cares about community? 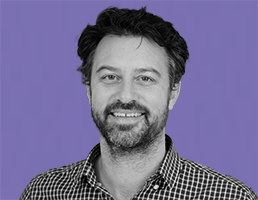 The community element of co-working thought to differentiate itself from the flexible office has not worked, says David Galsworthy.

It did not lead to value-added relationships and networking.

But community didn't fail because it wasn't compelling - it was over-hyped and poorly executed. WeWork has epitomised this failure. But the writing had been on the wall for years.

Other elements associated with the sector - convenience, flexibility and service - appeal to a wider market. They align when deployed at scale and they don't require as much understanding of customers.

The original explosion of interest in co-working 10 years ago came about through its fusion with the tech startup ecosystem, fuelled by a sense of purpose and public interest in tech's potential to challenge the status quo.

Times have changed and, despite community and tech's bruises, redemption is here.

The new administration will be energised to support initiatives that can create growth and help position UK plc as a leader in innovation in a new post-Brexit world.

But London's tech ecosystems aren't being properly leveraged. Most players don't have well-established physical spaces dedicated to supporting sector unique goals. Instead, they are being serviced by the old flex principles, with a generic product offering.

Selling desks remains the flex sector's major revenue stream - a business model from the 1990s is still the industry benchmark. Community has been done with desk arbitrage for 10 years and there's a limit to how much a customer will pay for a desk, resulting in limited differentiation.

The market needs concept-driven ideas underpinned by business models that sweat a physical asset to deliver more than a 30 per cent gross margin.

London (Greater)
Up to £47,276 per annum plus excellent benefits
Reference
59097
END_OF_DOCUMENT_TOKEN_TO_BE_REPLACED