NHS operations and estates & facilities: a partnership of astronomical importance 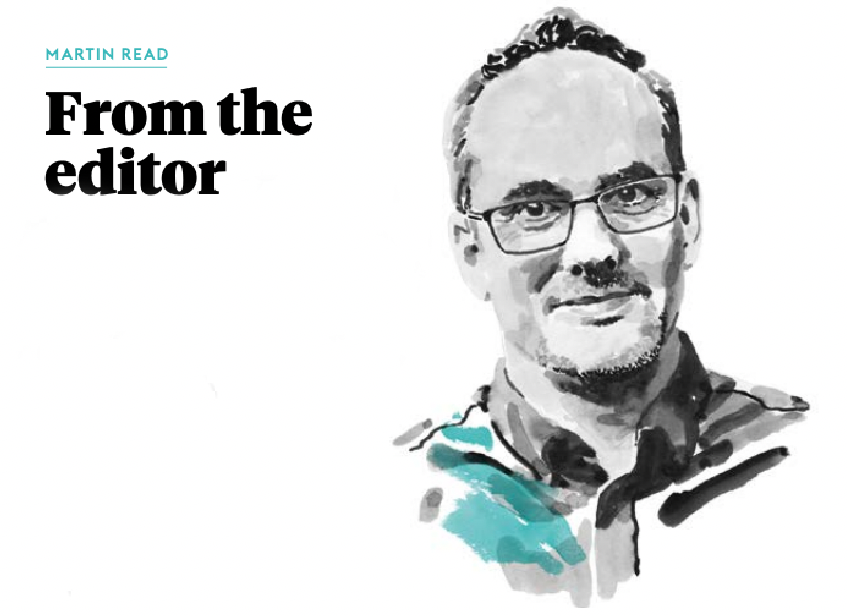 Professor Kevin Fong, consultant in anaesthesia at University College Hospital in London and a part of their emergency response and major incident planning teams, has also worked with NASA and the European Space Agency. He’s also interviewed the people that ran the Apollo missions.

At the recent IWFM Conference, Fong spoke movingly about how the pandemic helped him realise just how critical the partnership between NHS operations and their estates and facilities teams really was. He also spoke about how the Apollo missions, particularly the Apollo 13 recovery operation, were for him ‘the birth of what you understand as the modern art of estates and facilities management’. A realisation that a spacecraft is not flown by just three people, it’s flown by 3,000 – including all those servicing the operations and facilities.

This reminded me of a classic cleaners' anecdote I wrote about in a leader comment back in November 2017. Ahead of our reporting from the conference, I’ve reposted it below. (PS: our article on Professor Fong’s presentation will be linked to this page in the coming days.)

So anyway, JFK visited NASA back in the early Sixties. The young president was assessing progress in the USA’s increasingly fractious space race with the Soviet Union, an endeavour seen as critical to the world’s number one superpower’s status. And as he was being shown around, Kennedy was introduced to a janitor busily mopping the floor.

“What are you doing?” asked the president.

Suddenly, magic filled the air as our janitor seized on this golden opportunity to make history with a response so pithy, inspirational and apposite that today, close to 60 years later, its resonance is if anything more powerful than ever.

Standing up straight and addressing his commander in chief directly, our hero spoke:

Hah, no, seriously, he did NOT say that. Great if he had, obviously, but no. In fact, legend attests, he said this:

“Well, Mr.President, I’m helping put a man on the moon.”

This juxtaposition of a literally space-age ambition with the most down-to-earth of job roles struck a memorable chord. Because, of course, it’s surely true: We all play our part no matter how great or small the contribution to an overall plan.

Except that, actually, I’m beginning to have my doubts about the effectiveness of this glorious old anecdote. Don’t get me wrong, I admire its broad truth. But while it’s good at getting the inclusivity point across, it does so with a focus on just the one (admittedly essential) facilities service task.

Here’s why that’s important: In the busy days following October’s ceremony I’ve been lucky enough to meet several of this year’s BIFM Awards winners. An outstanding bunch, for sure, but when I asked which external perception of FM they would gladly be rid of, the answer was surprisingly universal: they all wanted to stop people saying: “Oh, so you’re the guys who clean the floors / toilets”.

You can tell how much it grates, this reduction of the FM role to a single, blunt everyday task. The people who express such a jaundiced view – and they are clearly still legion – would have no time for the NASA janitor’s idea that such tasks are part of a more detailed picture. They just see the task, not the goal.

Had Kennedy bumped into an all-round, multi-service toting FM, things may have gone differently. But of course, the profession would need to have existed back in 1961 for that to have happened.

Actually, I’m beginning to think it a pity that this event hadn’t occurred a decade later. The same venue, yes, but a different leader of the free world and a different mission. Imagine it: President Nixon is visiting NASA to assess progress on the race to fix Apollo 13’s broken systems in that most miraculous of reactive maintenance projects.

He is introduced to someone busily working alongside aerospace engineers against the clock; someone pulling all the strings to bring old prototypes back into service, to keep the coffee coming, source specialist equipment, prepare special test conditions and, of course, clean the place up.

“What are you doing?” the president would have asked.

“I’m helping put three human beings back on Earth,” our hero would have responded.

Then, perhaps, the world would have made some broader connections between its most brilliant minds and those who support them in their endeavours; this hitherto unrecognised yet amazingly flexible and adaptable breed of support service professionals for whom client satisfaction is considerably more nuanced than simply the provision of clean floors. And maybe then a nascent FM profession would have formed earlier than it eventually did, exploiting the rocket fuel of good publicity.

Now come on, admit it - that really would have been one giant leap for mankind.

My thanks to Professor Fong for rekindling this connection. Anyone unfortunate enough not to have seen him present at the IWFM Conference should read our impending report.