GOVERNMENT GETS THE SPENDING BUG 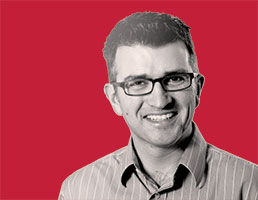 Graeme Davies assesses how the coronavirus has impacted the budget.

The Budget should have been a moment in the sunshine for the chancellor Rishi Sunak and a Conservative government still basking in the glow of December’s general election victory. Instead, the economic set piece was delivered amid the fog of confusion and concern about the Covid-19 coronavirus threat, and its economic and social impact.

Stock markets around the world have sold off sharply. The day after the Budget the FTSE100 suffered its second biggest one-day fall ever, as Donald Trump banned travellers from 26 European nations from the US. Such is the potential scale of a virus that has now become pandemic, and is currently concentrated in Europe, Sunak was forced to find extra funding for frontline health services and repeatedly promised “whatever it takes” for the NHS even though the true potential scale of the crisis is still impossible to define.

But away from the immediate crisis, the Budget was equally breathtaking for the dramatic way it put an end to a decade of Conservative-led austerity. Finding a new desire to borrow big to fund a renewal of the UK’s infrastructure, Sunak pledged more than £600 billion to capital spending over the next five years in an effort to fund the ‘levelling up’ promised by Prime Minister Boris Johnson to parts of the country which feel left behind.

This ‘fiscal easing’ is long overdue for sectors such as construction and outsourcing, which look set to benefit from the extra funds being pumped in, and many companies with FM operations welcomed the prospect of increased spending ahead. But there were disappointments too – in particular in social care, of which there was barely a mention of plans to help out a sector that is on its knees.

What is striking is that a Conservative government, buoyed by new-found support in regions of the country that were previously Labour strongholds, has borrowed from what would normally be a left-wing playbook by pledging to ramp up government borrowing to support the growth of the economy. And this only a matter of weeks since the government was accusing Labour of making reckless spending promises in its manifesto.

Even before the impact of the coronavirus becomes fully known, the Office for Budget Responsibility was predicting that increased government spending would account for around half of all economic growth in the next two years. If the contagion has an even more dramatic impact on the economy the government’s spending plans could end up propping up the economy even more significantly. The prospect of an increase in spending by the government in the longer term is promising for FM companies, providing they can ride through the shorter-term pain.