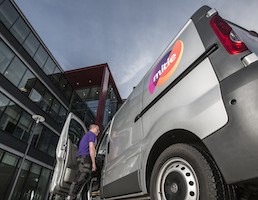 FM company Mitie has signed up to the EP100 commitment.

By joining the initiative, Mitie is committed to doubling its energy productivity – measured by the amount of energy used per pound of revenue generated – over the next 25 years (from the baseline year of FY18/19).

But, based on current targets to improve its energy productivity, Mitie anticipates that it will meet this goal significantly sooner.

EP100 is a global initiative by The Climate Group, an international non-profit organisation. The campaign brings together companies that have vowed to improve their energy productivity by integrating ambitious energy targets into their business strategies.

EP100 is the second of group’s initiatives that Mitie has signed up to – it became a member of EV100 in 2019, with a pledge to convert its entire fleet to electric vehicles. The initial target for the fleet’s EV conversion was 2030 but Mitie has accelerated its programme with an ambition to achieve this by 2025.

As an EP100 member, Mitie will undertake a number of practical steps to improve its energy productivity and increase smart energy use across the business, with a focus on targeting its largest source of energy use – travel.

In addition to converting its entire fleet of 5,500 cars and vans to zero-carbon vehicles over the next five years, Mitie will cut business travel by increasing the use of online videoconferencing tools.

Through these initiatives, Mitie anticipates achieving its EP100 goal by 2025.

Mitie will also run an extensive training and awareness internal communications programme for 50,000 employees to educate them on how they can each play their part in reducing energy use across the business.

Its membership of EP100 builds on its recent Plan Zero commitment to achieve net-zero carbon emissions across the entire business by 2025. Plan Zero is built on three pillars, with a number of more specific actions underneath each. The pillars are:

By focusing on these areas, Mitie aims to ensure that it is targeting the parts of its business that contribute most towards its sources of carbon emissions.