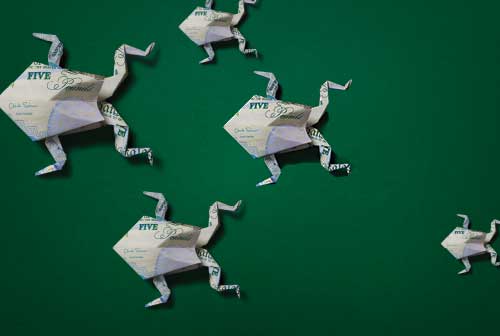 The highly technical skills framework that has been built up in recent years means that FM is no longer a sector that people just 'fall into'. Young entrants are now able to leapfrog into careers in FM - if they also possess the right personal attributes.

The establishment of a comprehensive qualifications structure is starting to make its impact on the facilities management profession. A once highly technical discipline now demands greater soft skills around relationship building and customer service, and this in turn is affecting the type of people attracted to the sector.

"If someone is an engineer they will have gone through a very formal programme of learning to become a qualified engineer," says Linda Hausmanis, director of professional development at BIFM. "However it's a different skillset to manage the multi-faceted disciple that FM is, in its breadth, depth and scope whilst being heavily reliant on exceptional people, management and leadership skills."

The qualifications framework constructed over the past eight years has at its heart the need to reflect the changing nature of the industry, and is now starting to have an impact on how organisations view FM.

"There has always been a dichotomy with people saying companies don't take FM seriously and they can't get the attention of the C-suite; yet the attitude of developing people and putting them through formal programmes of learning and development has been secondary," says Hausmanis. "Now it doesn't matter what level you are working at within the industry - there is a qualification for you, whether that's a BIFM qualification, a university programme or an apprenticeship."

The new full-time degree, at Liverpool John Moores University, starts this September, she adds, complementing other options at Sheffield Hallam, University College London (UCL), and Leeds Beckett University, among others.

David Sanderson, assistant director of estates at Keele University, says the qualifications framework now provides more of a structured career route. "It gives people something to aim at with the various levels, and also creates an air of professionalism that was previously lacking," he says. "The current qualification levels provide you with a route to gain a professional standard that is equal to the old engineering standards."

There is now a growing expectation from employers that people entering middle or senior positions have achieved at least BIFM level 4, says Andrew Hulbert, managing director of Pareto Facilities Management.

"The trouble without the qualification was that it was really difficult to try and compare different candidates with each other from a training perspective," he says. The MSc and level 6 qualifications also give senior managers the opportunity to stand out, he adds, as there are still relatively few people who have achieved these.

Hulbert is a good example of the new breed of FM professional, having achieved his MSc in FM from UCL at 25 while seeking to move into a middle-management post. "I was trying to get to director level, and it really helped me get recognised and looked at against some people who had 15 years' more experience," he says.

Hulbert says the qualifications framework allows managers to be taken more seriously by the board. "If you wanted to have a great conversation with a finance director and you've completed a financial module, you might be able to do a better budget and talk about things like building life cycle costs," he says.

Sanderson has also gained, having achieved his Level 6 qualification after initially entering the industry as an electrical apprentice. "It's opened doors for me that weren't open previously, and I'm now assistant director," he says. "It's enabled me to speak to the organisation in a completely different way, and sell the values of what FM can provide for them."

The development of the various qualifications almost a decade ago is slowly starting to change the way FM is viewed, he adds. "It's going to become an accepted vocation in life, similar to what you would associate with an engineer," he says. "I always refer back to when you had to get a professional person to sign the picture on your passport or driving licence, and I think the FM industry is becoming that profession."

For those entering the industry, Hulbert's advice is to get as much advanced training as early as possible. "If you're 22 or 23 and you can get on and complete BIFM level 5, it gives you a great opportunity to say to your employer that you want to take that next step," he says.

Duncan Short, HR director at G4S Facilities Management, says the development of degree courses in particular will help FM professionals cope with different requirements that come from working in different roles and sectors within FM, offering the potential of a more varied career. "Increasingly we will see people go across the different elements and market sectors," he says. "There will be some things which will be very specific but increasingly we will look at how we can use expertise from one area in another place."

But those entering FM still need the right attributes and attitudes, as well as the skills and qualifications. "The people who thrive in FM enjoy its complexity, variety and daily challenges," says Carl Johnson, director of talent and learning at Interserve.

"What we need is someone who's part Brunel, part Genghis Khan, part Mother Theresa"