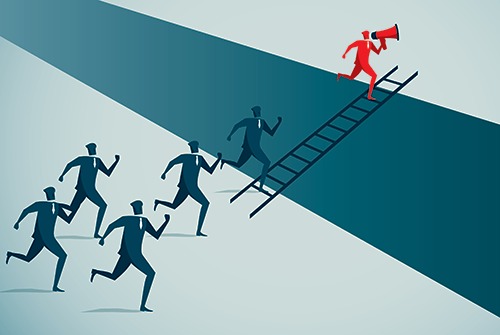 Bradford Keen explores common missteps made in culture change programmes and the roles workplace design and FM services can play in safeguarding against failure.

It may not appear an obvious component of an organisation's culture, but the absence of comfortable seating in reception could be a significant snub to visitors.

"It's a symbol that we don't really value the outside world and we don't really want people to feel welcome," argues Carolyn Taylor, executive chair of Walking the Talk, author of a book with the same name, and speaker at this year's IWFM conference.

Symbols, says Taylor, are one of three drivers of culture, alongside behaviour and systems. And from a workplace perspective, these symbols are critically important. Taylor defines symbols as "decisions that demonstrate what an organisation really values".

Requiring an access card to enter the executive-level suite or offering leaders-only bathrooms are also symbols that send a message that 'this organisation treats certain types of employees differently'.

"You have to get your head around (the idea) that everything we do tells our people what we really value," Taylor explains. "It's the walk versus the talk. We may say that we value teamwork, but if all of our symbols and systems make it difficult for people to reach out and collaborate with each other, then those actions speak louder than words - and people will believe the actions. So that's where the opportunity sits."

Miscommunication through such symbols is one thing - but organisations tend to make even more glaring mistakes when driving culture change programmes, argues Taylor, who says three main challenges need to be overcome.

First, too much talk and not enough emphasis on doing things differently; a disproportionate amount of effort, time and money spent on communication programmes such as roadshows, posters and value statements about the culture that leaders want to create rather than the addressing of clear steps necessary to reach it.

In reality, what will people do differently to demonstrate culture change? How will leaders behave differently and elicit different behaviour from their people? How will they reward their staff, prioritise time, implement symbols? For Taylor, these are all important questions.

Second, there's a tendency to blame the 'frozen middle'. Taylor explains this as the problem of leaders assuming that their problems are rooted in their people; if only employees would just be accountable, then the necessary culture change would transpire.

This problem tends to worsen the more senior leaders become. To overcome this, Taylor argues that leaders must take responsibility for how they themselves can, and do, influence behaviour.

The third mistake is to take on too much change at once."You have these long lists of values and aspirations: greater customer-centricity, better teamwork, increased accountability and innovation, but, in our view, you get much more traction if you pick one or two things and really focus on them and actually get results people can see and then move on to another one," Taylor explains.

A diagnostic is often needed to determine the root cause of an organisation's issues. Many times the culprit is a set of entrenched beliefs, which "are so widespread they are unconscious", Taylor explains.

Take the belief that 'we're too big to fail'. it's a statement that breeds a "sort of arrogance that says, 'We have always been here and we will always be here'." The problem is that such entrenched beliefs, so often invisible to others in the company, lead to people failing to recognise the behaviour it drives. Exposing such a problematic belief can initiate a re-education process with managers and employees addressing the issue and explaining why it is incorrect or unhelpful.

Most workplace and facilities managers with experience of change management programmes will be familiar with the refrain: "We've always done it this way." It's one that tends to be based on beliefs or existing cultural practices. A key part of the role is to expose this and chart more efficient courses of action.

This is what Sinead Beglane, workplace manager at ITV, achieved during the company's relocation from the South Bank to its new HQ in Holborn. The workplace team, particularly as a result of the relocation project, was in regular communication with most of the organisation's departments.

This provided them with an "overarching understanding of what is going on with the business", says Beglane. They saw the need to communicate the changes in a way that made everyone feel a part of the project and assuage any doubts or concerns.

"Quite often we find ourselves facilitating those meaningful conversations between various departments," Beglane says, "so we may know HR is doing something that ties in really well with what the well-being team is doing and we can can put them in contact. We try to be that integral force bringing everyone together."

During these conversations, Belgane says the workplace team could interrogate people about what they wanted and why they wanted it, searching for fresh insight to deliver improvements.

Communication is an oft-touted prerequisite for any change management programme. Indeed, it is imperative for creating a culture to which people want to belong. Beglane says engaging key people is an effective vehicle for communication. From a specialist communications person that oversaw the whole project to the PAs and team assistants across departments, they stamped out misinformation or rectified false rumours.

Workplace and FM professionals should provide the tools and opportunities for people to change, but should not be in the business of telling people how to change.

"That is a fundamental mistake that a lot of people make and a fundamental pivotal point really," change management expert Neil Usher laments. "We create a deep and lasting change through people changing themselves."

Failure to provide these tools will often result in change programmes petering out with people reverting to the way they used to behave.

"We sort of expect people to go home on Friday afternoon behaving one way and come back on the Monday morning and start behaving in a different way," Usher says. "Some will get it really quickly, some will take a little longer, some will need to see the evidence from their colleagues changing; they need to think about it a little more. But this is not an issue. A workplace change programme does not require everybody to start behaving differently just over the starting line. It's about adaptation over adoption."

Gentle encouragement for users to adapt to change should not be confused with a gradual implementation of the change itself. Instead, Usher calls for "revolution over evolution".

Consider organisations wanting to shift to an agile working setup. They may be unconvinced of complete transformation, instead implementing changes slowly. A better approach, he says, is to "tell the whole story".

"The workplace is half physical reality and half the story we tell about it. So it is much easier to tell the whole story at the outset: 'This is where we're headed; this is what we're going to do; this is what we want to achieve.' Incremental changes often don't come to fruition and the ultimate goal is inevitably abandoned or they do the revolutionary thing at some point when the evolutionary point grinds to a halt."

The stories we tell

But it is in the overlapping areas of workplace and culture that workplace and FMs can shape an organisation's trajectory. For Samantha Kennett, HR and finance director at family-run contract caterer Fooditude, "organisational culture is simply the feeling of belonging to a family, working hard towards a common goal and having fun while at it".

At Fooditude there is an organisational structure, but no barriers of seniority; everyone is welcome to contribute ideas and communicate freely. But in most organisational culture change programmes, Kennett says there are almost always larger business changes behind them, resulting in nervousness and uncertainty. But workplace service provision can be an anchoring force.

"Maybe I am a bit biased," Kennett suggests, given that contract catering is what Fooditude does, "but instigating a free issue food programme could be one of the ways to make people happy in times of change".

Breaking bread is a great way to bring people together. "It can unite teams and eliminate interdepartmental barriers," says Kennett. "Providing catering in a separate dining space makes the staff feel cared for, fuelling them to be their creative best at work."

Eating together can also be an anchoring force during times of change, giving staff space to express their thoughts and concerns.

"The food and service on offer reveals a lot about the employers' culture," says Kennett. "A welcoming common space with a balanced selection of healthy foods and comforting meals speaks a different language to a cafeteria with ready 'boil in bag' lunches and represents a totally different company culture."

She says her organisation has served clients that have expanded their premises and notes the power of the physical space. "Businesses that have built in versatile and comfortable common spaces for eating and socialising have had the most success in making big changes, like office moves, transition smoothly."

Neighbourly behaviour is dependent on design. When ITV relocated from its 23-floor building in South Bank to Holborn, with its four open-plan storeys, a few meeting rooms instead of separate offices, and central spiral staircases where impromptu meetings happen, many employees reconnected, having not seen each other in years.

"People didn't really mix," Begland says of the South Bank building. "They may have gone to the restaurant on the second floor, their floor and the meeting room suite, but they would never venture onto other floors."

Openness can be inhibited by workplace design but also by systems - one of Taylor's three drivers of culture - controlled by the workplace or FM function. Take building security as an example. "If you have to use cards to go from one floor to another, there isn't free access through the building and that will definitely change the culture because people don't go to visit each other as much. "You can set a tone that represents the culture and the question, of course, is to get to grips with what that is because different organisations have different cultural aspirations," Taylor explains. "Determine how you want people to behave in your building and work backwards from that."

Workplace design and FM services need to birth, nurture and sustain culture. Ensuring collaboration, communication, design and services feed into each other will help build a culture that employees and clients cherish.

Theme: Be the change

Topic: Organisational culture is difficult to change so how do we change the culture of an entire profession? We're capable of making an impact but struggle to get recognition. Carolyn is a world-renowned culture change expert who'll help us address both how we can influence the culture of our organisations (and how our work is seen) and making change within ourselves to fulfil our profession's promise.

London (Greater)
Up to £47,276 per annum plus excellent benefits
Reference
59097
END_OF_DOCUMENT_TOKEN_TO_BE_REPLACED