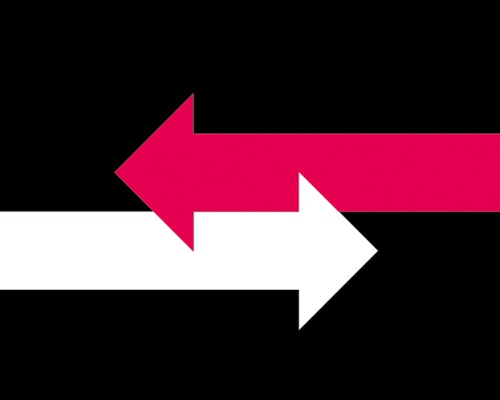 As outsourced facilities services has come under the microscope over the past three years, Nick Martindale considers the appetite for bringing services back in-house.

The well-publicised demise of Carillion and the near-death experience of Interserve had a dramatic impact on the government and its services, as well as thousands of smaller suppliers and staff. These dramas called into question the reliance of government bodies on third parties and challenged the very concept of outsourcing itself. Fast forward to just last month and the Labour Party has clearly signalled that, were it to triumph in a general election, it would reverse decades of policy trajectory and legislate to make outsourcing of local authority services the exception not the norm. Councils would take back responsibility for providing their own services as and when existing outsourced deals expire.

Against this febrile political landscape, market sentiment is perhaps unsurprisingly mixed. The IWFM's Market Outlook report, just published, reflects this concern. Around a third of respondents felt the market had worsened over the past 12 months, with many citing the financial difficulties of Carillion and Interserve as the main reason.

There was also a view that the market was starting to see a slow shift away from outsourcing.

"The issues with Carillion and Interserve have damaged the reputation of the outsourcing market to the extent that questions have been raised about outsourcing to one supplier," says Mark Sutcliffe, managing director, FM Integrator, at KBR. "It has created significant unease with clients, to the point where many are considering different service delivery models including using a wider, more resilient supply chain or insourcing."

In the wake of the high-profile Carillion and Interserve cases, and similar scares involving Mitie and OCS, there have been several examples of services being brought back in-house. As early as January 2018, the Ministry of Justice set up its own FM company, Gov Facility Services Limited, to take on the FM services to prisons previously served by Carillion. More recent examples include Westminster City Council bringing its housing services back in-house and Brent Council doing the same with its cleaning arrangements.

Potentially of more significance in these turbulent political times is the Labour Party's decree that a future Labour government would ban outsourcing of public services to private firms where it affects vulnerable people and their rights. And in May, a report from the Association for Public Service Excellence declared that insourcing services would be "essential" for councils seeking new sources of funding, arguing that they "cannot make money from resources over which they have no control". Talk like this represents a significant rebuttal of the perceived wisdom that outsourcing frees up organisations to concentrate on their core deliverables.

Aside from generating additional revenue, there are a number of reasons why organisations might want to bring services back in-house.

Mike Boxall, managing director of the FM benchmarking consultancy Sitemark, says organisations are likely to see insourcing as more transparent and cheaper "as there is no profit-making element involved in-house".

"There's also a perception that it's easier to change an in-house service than a contracted one, but this is often restricted by the contractual arrangements rather than the contractor," Boxall explains. "We are now getting clients wanting to eliminate suppliers simply because of their size, although this has as much to do with a perceived lack of attention as a 'small' client as it is about financial viability."

Even where services have not been brought back in-house there have been other consequences of what might be termed the 'Carillion confidence crash'.

"It has been damaging but it is difficult to gauge by how much," says Samantha West, sector commercial director at VINCI Facilities. "I know of one case where a customer is moving away from a total facilities management model to more of a service-line approach, having been directly affected by the disruption caused by Carillion's demise, to mitigate risk. But on the whole TFM is still buoyant."

In the private sector, customers have paid more attention to the financial health of service providers, says Martin Reed, CEO of Incentive FM Group. "I saw a sharp increase across our businesses, even though we're invoicing them rather than them invoicing us, of customers being much more interested in the financial stability of the businesses they were going to partner with," he says. "They're looking more deeply than they ever have done at the stability of the business they're talking to."

Clients are giving more consideration to internal delivery models as well as to stress-testing potential providers. Against this backdrop is a sense that outsourcing remains an entirely valid proposition, but perhaps too dependent on client choice of provider.

"There is no doubt that specialist FM suppliers are, on average, more efficient than an in-house service," argues Mike Boxall. "However, there are also greater extremes found in the outsourced market. For every 'best in class' service there are as many that would fare poorly against an 'insourced' team at the same site. Outsourcing should aim for a transparent partnership-based approach rather than bidding for unsustainable work if it wants to improve its public image."

There have been attempts post-Carillion to change how contracts are outsourced. Dan Weiss, managing director of integrator services for Sodexo, was part of the post-Carillion industry forum that led to the Outsourcing Playbook, which outlined 11 policy initiatives to improve government procurement processes. "It provides both the public sector and government buyers with some really sound guidance, including things such as getting it right first time, so making sure the pre-procurement market engagement is undertaken in a robust way, so that before solutions are bought to market they are tested and that those solutions are the right ones to get the outcomes. By doing that you tend to get an outsource arrangement that's on firmer footing."

Aside from more formal changes, there is also a view that the troubles of Carillion and other outsourcers must mark a line in the sand when it comes to prices being squeezed and margins eroded. "Clients also need to focus on quality rather than cost," says Sutcliffe. "The 'race to the bottom line' has seen providers reducing margins in an attempt to win work because the bid is scored that way."

Clients and providers also need to look at new models of measuring performance, he adds. "KPIs do not drive the right behaviours and outcome-based indicators are going to become more prevalent," he says, reflecting a long-held belief that such performance mechanisms can drive perverse outcomes.

"Many of the contracts are based on the original outsourcing contracts and haven't changed much, which is the challenge faced by outsourcing firms," Sutcliffe continues. "Output specifications are poorly defined and punitive on suppliers. The FM market is ever-changing and new technology is coming in, as are new ways of measuring performance and collaborative ways of working. Contracts need to reflect these changes."

It's a point that West also makes. "How can a contract work if both parties don't know what true success really looks like?" she says. "Introducing sensible sharing of savings is another contract term where both parties need to work together. You also sometimes see contractors asked to take on unmanageable risks which could be managed better by all parties. The effect of these types of terms is that you either drive up the initial price to the client or end up with a contractor in financial difficulty."

There also needs to be a greater emphasis on social value in contracts, and clients have to expect that this will incur a higher price, says Sofie Hooper, head of policy at the IWFM. "The service provider has a role in outlining those benefits but the client needs to be open to paying for it," she says.

Hooper gives the example of clients welcoming bids that pay staff the Living Wage, rather than the National Living Wage. "There are many benefits which come with paying your frontline or cleaning staff the Living Wage, whether that's higher retention or people caring more about their work. But someone has to pay for it," she says. "As a client you can't expect that everything gets carried by the service provider." Local government contracts have pushed social value for some time, she adds, but the topic is now being treated more seriously by central government in the wake of the Carillion collapse.

"Across industry the notional race to the bottom through the commoditisation of a service moves industry away from making an impact, and being able to deliver the policies that they're setting out to deliver," he warns. "We talk about social impact being at the heart of consideration, whether that's localism, bringing SMEs through or pursuing diversity and inclusion agendas, and we think that is something that should very much be considered, given that the private sector is a key vehicle to achieving some of the aims of our welfare state."

These high-profile failures has caused a shift from using larger providers and managing companies. "There's almost been a de-layering," suggests Reed. "Carillion were in a different market to us; they were a managing provider and would employ us to do the cleaning or the M&E because in their heart they were a construction company and we are a service delivery business. This has benefited the mid-sized players; clients are interested to know if we're the ones who will employ people."

Generally, smaller firms have not been caught up in the sales culture of larger firms, which has often resulted in margins being slashed, says Andrew Hulbert, managing director of Pareto Facilities Management. "Business development personnel are set unrealistic targets, coupled with large bonus potential, meaning they often will look to win work at whatever level they can," he adds.

"This often results in contracts operating at 1 or 2 per cent margins, or even at a loss. The SME market doesn't have this culture; they can't afford large business development teams nor can they afford to run contracts at a loss." He reports a greater focus on financial due diligence in tender processes, as well as clients looking to engage with owners of supplier business; something which also falls into the hands of smaller, less corporate firms.

Sutcliffe has also seen a shift towards using multiple smaller rather than rely on a single provider. "Clients are reticent at times as they feel there are significant resources required to source, build and operate a SME supply chain, but evidence suggests that while more work is required upfront, the benefits over the life of the contract significantly outweigh the initial resource requirements," he says.

Some of the more positive respondents to the Market Outlook report said the "dust will settle" and economic arguments about outsourcing would continue to take precedence over concerns around providers going out of business.

Hulbert, too, is optimistic: "This has damaged the reputation with the British public but within the industry I do not believe it has affected things as the same level. Professionals operating within the sector know the challenges and opportunities of facilities management so they know the details behind the sensational headlines."

Weiss says there is still more to play out from the impact of Carillion such as structural shifts in the private sector. "There are still some changes that organisations will need to face up to. But I think the Carillion episode has triggered that review of approach. Over the next few years we'll see a move to a much more collaborative and transparent relationship between industry and government."

IWFM's Market Outlook 2019 report cites the Carillion and Interserve stories as reasons for a third of respondents reporting poor confidence in the sector. (A further third believe the market for FM services is improving while the remainder see no change.)

Brexit is the most likely cause of weakening market confidence for the year ahead; firms fear a lack of skilled workers.