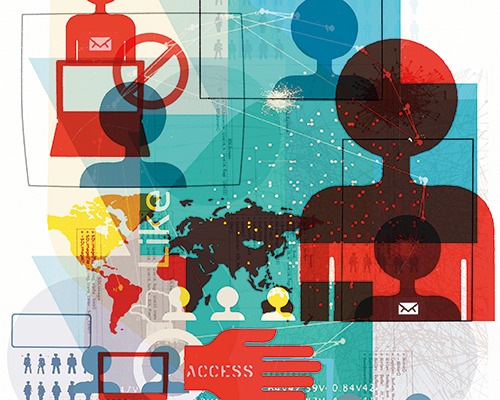 We round-up themes identified by speakers at the 2019 Facilities Show.

His fellow panellist, Anabas MD Alistair Craig, disagreed: "I'd counter your view that we'll be looking at holograms in the future; we won't." The trouble with holograms and the reason why similar VR and AR technology has not been readily adopted is that there is a lack of trust. "There's no beating heart beside me," Craig added.

In the same discussion, Gershon called on an audience member under 30. The unnamed multimedia journalist said technology is indispensable to her work and life, but that all the "AI stuff" is over her head; she also wondered whether tech is making us lazy: "How much more do we really need?"

Time to ditch the blokey stereotype

Candy Hollingum, operations director - EMEA, at CBRE, supported this data, declaring that the diversity of a company's leadership will guide her decision whether or not to work for it.

The reality is that the profession suffers from a "blokey stereotype", argued Ashley Adams, head of talent and resourcing at CBRE Global Workplace Solutions. Indeed, said FM consultant Lucy Jeynes, very few senior women in the sector have children.

The thing is that many automatically assume the conversation about diversity concerns men and women, said Oren Gershon of O.M.G Consultancy. Rather, said Gershon. it should include race, ethnicity, LGBT+ rights and mental health. Adams added diversity of thought and socio-economic background to the mix.

Andrew Hulbert, founder of Pareto FM, believed people from different backgrounds working together is a prerequisite condition for creativity within organisations. "The trouble we have with FM is that when everyone looks the same, thinks the same and has had the same challenges, how is genuine innovation going to happen?" he asked.

Solutions include purposefully diversifying the workforce through, for example, offering apprenticeships to older people and not just school-leavers. Another is not being afraid to discuss sensitive issues, Hollingum said. Shouting down someone for making a prejudicial comment, or ignoring it completely, won't solve a problem. Constructive feedback is key.

Perhaps more important - and of most difficulty - is ridding recruitment drives of unconscious bias. This requires an acceptance that we are all unconsciously biased, said Gershon. We all need training to overcome this, so that we understand the automatic decisions we make based on the names we read on CVs, the skills we see and the questions we ask of interviewees.

The good news is that Brexit isn't likely to derail current diversity and inclusion legislation, suggested Pam Loch, managing director at Loch Employment Law. "The UK has been a leader in discrimination legislation," she said, with the EU following. Post-Brexit - if it happens Loch added - legislation should not change. But expect to see more employers facing challenges from staff about discrimination, especially regarding mental health.

How much more technology do we need? Many asked it and a useful answer is: Install or upgrade only when it improves what went before.

For instance, occupying or owning a smart building is an aspiration for many businesses but sometimes low-tech solutions suffice and are even superior. Mike Brooman, CEO at Vanti, said that while an app controlling lighting in a meeting room may seem a cutting-edge way to set the focus for presentations, flicking a light switch on the wall could well achieve the same results much faster without any operational learning required.

Mark Sutcliffe, managing director of the Integrator at KBR, expressed a similar caution to clients fixated on IoT building solutions. His response to such requests? "What problem are you trying to solve by installing IoT or any other technology?"

It shouldn't be about a cool solution but one that offers value for money and solves a problem.

Staff engagement need not dent the budget. Take volunteer days at local or national charities, which Harri Jones, workplace concierge and colleague engagement champion at EE, said can be one of the most cost-effective (free) and fulfilling ways to engage teams of employees at work.

An important distinction here is engagement at "community and site" levels. Jones described the former as departmental teams that may choose a pyjamas-at-work day, a raffle or tombola. For the latter two, staff give a small donation of money. Say the total kitty comes in at £1,000, Jones said the winner takes half while the rest goes back into the pot to make the next engagement day even bigger.

Site-level engagement tends to cost the company money and takes the form of Christmas and summer parties, funfair days with rides.

Engagement needs communication (as readers may remember from our July edition round table). A useful way to achieve this is by providing an internal social network. EE uses Splash, which works in much the same way as Facebook, for staff members to create profiles, post, comment, interact and provide feedback to leaders.

In a separate discussion, Matthew Rae, director, safety and wellbeing, at Vodafone, also noted that engagement and wellbeing needn't cost a lot. Employees can participate in two-hour art classes, for example. Vodafone scheduled them at 4pm and handed attendees water colours. "The amount of mental change you see in those two hours in someone who has come straight out of a meeting pretty stressed to someone going out there smiling and happy is amazing," Rae said.

A session on preparing for Brexit picked out salient trends, not least that there has already been a demonstrable fall in EU migration.

Tar Tumber, director of employee relations at International Workplace, said legislation was not set for immediate change. The UK has a robust implementation of the TUPE legislation, for example, and for most applicable workplace law "there will be no change from day one".

Nathan Holloway, head of practice at compliance consultant WYG, spoke of an increasing recognition among employers of the need to draw more from the UK skills base. The need for FM to be a job option taught in schools will become compelling.

What can firms do in the short term? More upskilling of existing staff, said Sofie Hooper, senior policy adviser at the IWFM; and a raising of awareness among FM firms of the requirements in the EU settlement scheme.

Once that scheme has elapsed (from June 2021 if we exit with a deal, or 31 December 2020 if not) then all employees from outside the EU will have to be sponsored - and will thus require employers to pay a sponsorship fee (currently £1,000 per person).

Tumber urged firms to use the run-up to Brexit to audit their workforces, and ensure that employees seeking EU settled status do so. Until recently there had only been 750,000 applications - "but there are 3,300,000 EU nationals working in the UK, so it's about pushing that".

So while legislation is not set for destabilising change after Brexit, there remain many unanswered questions about labour and an underlying concern that the future will be as much about attracting a swathe of new cleaners as it is about personnel with specialist skills.

The session was meant to be about whether or not total FM is still a trend, but when Roy Elphick, asset maintenance and services director at Stansted Airport, mentioned how MAG insources its cleaning and a team of maintenance engineers, the audience seized on it.

He explained how only 1,500 of the 10,000 workers at Stansted are MAG staff, and that the airport employs specialist teams for lifts maintenance and water treatment. Insourcing costs Stansted 35 per cent more, but because cleaning is considered a core function that provides a positive customer experience, the cost was necessary. Additionally, it's expected that insourcing will result in a boost to staff morale as shared uniforms and badges helps to shape a collective team identity.

Only four months into the model, Elphick said he'd pushed for a hybrid model of outsourced labour managed in-house, but his CEO overruled him.

Fellow panellist Mark Sutcliffe, managing director of the Integrator at KB, said of the choice: "There's a definite trend towards it. There's a general nervousness in the market at the moment about outsourcing and I think that if we sit here in 12 months' time and we have the same conversation, it will be interesting to see how many clients have gone for the insourcing model."

Finding a seat at the wellbeing theatre was a bit like finding a seat on the Tube, indicating the growing significance of the topic.

Jonathon Gawthrop, account director for Emcor UK, said that the year-on-year growth of the wellbeing space hints of a future in which wellbeing takes the same space as the Safety & Health Expo across the corridor.

Despite an appetite to progress wellbeing initiatives, Gawthrop and Matthew Rae, director, safety and wellbeing, at Vodafone. pointed to the typical organisation's operational structure remaining lean with limited investment. Nevertheless, this can result in initiatives being introduced through a "more humanistic approach" rather than the 'enforce to engage' model frequently used for health and safety, said Rae.

A "bottom-up-led" approach is flexible and free, such as through provision of art classes or courses on financial wellbeing and digital balance. A wellbeing professional provides a "safe space and freedom" for peers to support each other.

In fact, Rae added, any serious top-down approach could be detrimental. He pointed to the recent government white paper on wellbeing, often the precursor to some kind of tax being imposed.

When wellbeing becomes target-driven, governed by regulation, reports, and expectations, there's risk that we shift from the original concept of wellbeing, "which is to enable people in your human-centred approach to be the best people they are and be the best they can be in the workplace".

Another clear wellbeing trend to emerge over the course of the last year is a focus on mental health. A noble effort, said mental health expert Stacy Thomson, who suggested the subject still carries a stigma with many equating mental health to mental illness. Instead, mental health should be thought of as the prerequisite to "who we fundamentally are and what makes us successful", she added.