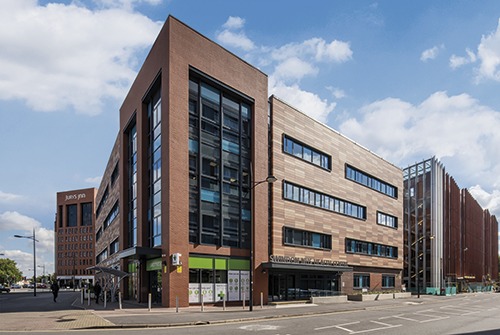 Graeme Davies assesses how the competitive landscape for private sector involvement in estates management is changing.

For all the political back and forth over the National Health Service and the 'privatisation over my dead body' stance of politicians on the left, the fact is that private sector involvement in the infrastructure and delivery of ancillary services in the NHS has been around for decades. It's so deeply entrenched that there is little hope of genuinely reversing it. The vast majority of actual frontline healthcare delivery remains in the hands of public sector employees, but there is much the private sector has achieved in helping improve the efficiency of a service that was in danger of growing too unwieldy.

The scale of the NHS's physical footprint is such that around 30 per cent of the turnover of any typical NHS trust is spent on estates and facilities management (EFM), often delivered by a private sector partner. Different areas of the country tend to favour different models with metropolitan areas and London, in particular, seeing more public sector involvement than the provinces - in total around a third of NHS operations are run and managed by private sector operators.

The UK's public health service is one of the most comprehensive and well organised in the world, and has significant experience of marrying public and private interests in delivery of infrastructure and services. Historically, the way in which such partnerships have been structured has often proved detrimental to public bodies, with many running up large debts through Private Finance Initiative (PFI) deals that will take decades to pay off. Although PFI for the delivery of large infrastructure has fallen out of favour (see page 24), outsourcing FM services remains key to the government's efficiency drive for the NHS.

The government has recently signalled plans to 'turn the page' on austerity, which may result in a noticeable uplift in spending on the NHS in the years to come that could benefit the host of companies with FM operations already operating in the area.

Through the austerity years, health spending in real terms just about managed to keep pace with inflation, with the emphasis on continually improving the efficiency of the service. Now the current chancellor Sajid Javid has promised an uplift in spending of £6.2 billion in 2020 including £2 billion earmarked for upgrading 20 hospitals across the country.

Such spending growth should bring opportunities for private sector operators. But the marketplace is changing fast and companies have to adapt to remain competitive in their tenders. They can't just pick up as many contracts as possible and hope economies of scale will come into play - a model that failed for Carillion.

Julian Fris, principal consultant at FM consultancy Neller Davies, says: "The NHS is trying to deliver 21st century healthcare in 1960s buildings. There is a significant level of backlog; up to £10 billion worth of the NHS estate is not fit for purpose. PFI was the way to do it but that relationship has broken down. It became seen as a big money pit."

His consultancy has been championing a more collaborative approach between end customers and service providers, with both sides more engaged in the process as "long-term contracts don't work unless all sides have a vested interest". 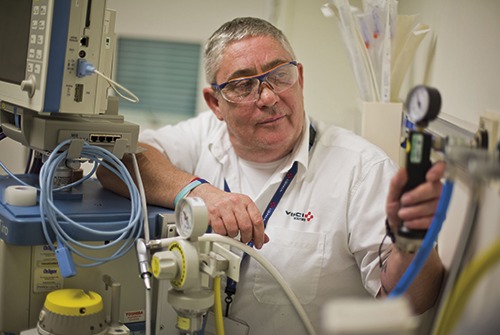 While there has been a trend towards the bigger and more complex TFM contracts that tend to favour the larger players, other factors including more widespread use of technology and data to help make contracts more efficient, and a desire to Increase the use of local suppliers, is bringing newer and smaller players into the market.

Companies specialising in managing health facilities have to use technology to help with building information modelling or management, both through the construction of new facilities and their subsequent operation to ensure they are run as efficiently as possible - otherwise their rivals will usurp them. As Fris puts it: "The demand side is going to change out of all recognition and to overlay a historical model isn't going to work."

This combination of service and FM expertise allied to construction capabilities is seen in the breadth of key sector players including property specialist CBRE, all-rounders such as Serco, ISS, Interserve and Mitie, and more service-led operators such as Sodexo, Compass and G4S.

All have had to grow outside of their original expertise to encompass new skills whether through acquisition, organic growth or partnerships. But despite concerns about the sector becoming an oligopoly - more than 90 per cent of healthcare FM contracts are delivered by just a handful of operators - the newer skills required, and a desire from government to be seen to be supporting smaller operators, has left the door open for nimble skills-based suppliers to play a part in more collaborative contracts.

In many areas this collaborative approach is gaining traction and companies that are going to succeed will need to bring a significant array of skills to the table whether they are as complex as in-house data analytics and modelling or as simple as the presence of a local 'pop-up' retail offering to enhance the hospital experience. With FM operational staff increasingly embedded within the operations of the facilities they are serving, bringing this collaborative ethos to play should ensure longer-lasting and more fruitful relationships. 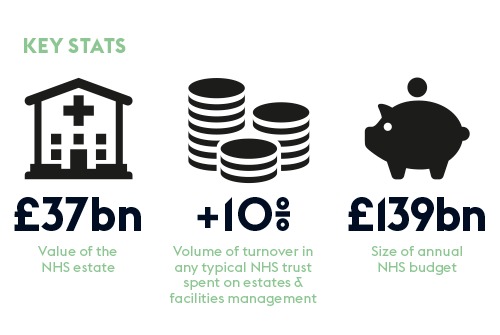 A definitive answer to what the UK market might look like post-Brexit remains obscure. What is certain is that the involvement of the private sector in the UK's healthcare market is so deeply entrenched that unpicking it would be almost too costly and complex to comprehend.

Should the Conservative Party survive Brexit with a negotiated departure and retain power, then private sector involvement in healthcare delivery will remain strong and could conceivably grow. A Labour administration would want to restrict private sector involvement in healthcare delivery, but would find unpicking the status quo fiendishly difficult.

And should Brexit take the more extreme route of a no-deal crash out of the EU, we could move to a new trading relationship with other countries sooner rather than later, with much speculation already as to what that might mean for the NHS. Private sector operators could be set to pick up a bigger share of the pie, but could also face more competition with overseas companies already said to be planning for a more widespread privatisation of the UK's healthcare. Recent years have also seen the entrance of international operators, although their presence has been more keenly felt in the private healthcare field.