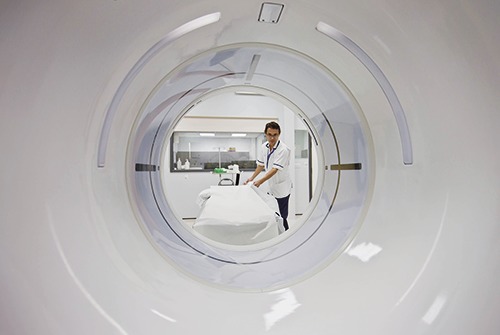 In 2000, Darent Valley Hospital in Dartford, Kent, became the first NHS hospital to be built under the government's Private Finance Initiatives (PFI) scheme. In 2005, the National Audit Office said Carillion, which had invested £4.1 million in 1997, sold its share in 2003 for £16 million, an ROI of 50 per cent. Last year, then chancellor Philip Hammond cancelled PFI entirely. It has been an interesting exercise in mortgaging build and operational costs - and despite its cancellation, existing PFI deals will cost taxpayers billions.

Fiona Daly of NHS Improvement concedes that mistrust of the private sector's involvement in the NHS can be put down to PFI contracts and how the media has reported them. And Warren Hubbard, sector director for healthcare at VINCI Facilities agrees that PFIs have had bad press. "But if they are run and managed correctly they can offer many benefits that the NHS could never have realised without private finance building new facilities."

Indeed, there are many stories of successful partnerships. Nick Fox, a senior operations FM working in healthcare, acknowledges that PFIs have been used as a "cash cow" both inside and outside the NHS. Yet PFI can be a success, he says, if the relationships between the special-purpose vehicle (SPV), management company, trust and service provider are based on open and honest collaboration.

"I know that's a rare occurrence and there will always be a commercial stance from all parties which sometimes gets in the way of making the right decision. Ultimately the trust chooses a PFI model and has to live with the challenges and financial liability that they bring," he adds.

Hubbard says VINCI Facilities has "a variation of relationships across our contracts, but all focus on the correct reporting structure as laid out in the PFI agreement. Some are more challenging than others". And he explains how life cycle projects, a regular component in PFI agreements, allow for critical estate upgrades.

"They can be used for 'like-for-like replacement' as the equipment comes to the end of its useful life, or an upgrade if there is a trust (clinical) desire or need to vary; with technological advances not just in medical equipment, but also medicines and treatment pathways, the built environment needs to adapt and flex to allow for these changes," he says.

Having worked on both sides of the public-private fence, first at a PFI service provider and now at an NHS trust, Steve Harris, senior operations manager at Barts Health NHS Trust, says a misconception about PFIs needs correction. Many wrongly assume that a PFI healthcare provider cares only for its shareholders and not the patients. The truth, in most cases, is the same NHS workforce, through TUPE, is still working with patients in the same environment that a self-delivered maintenance team would.

Equally, in his current role, Harris has access to board-level discussions on all service delivery matters that affect patients in a way he didn't when working for a service provider. "You don't sit at that table. You don't hear the emphasis on reputation for this particular institution and the care it delivers - so you can end up in a scenario where the two different parties think neither cares," he explains.

Harris says "there is an awful lot of emphasis on patient care on both sides", adding: "It's also quite interesting that the tools and levers used by an NHS trust to get the outcome they want from that PFI provider can be quite challenging. Your PFI provider lives in fear that they're going to be beaten by penalties."

Indeed, there is also the view of PFI that service providers are having to operate within a culture of penalties, used by NHS partners to drive up performance, often resulting in troubled working relationships.

Using penalties as the main method for improving service quality can lead to service providers fearing their NHS partners. But the premise of a PFI model remains sound. Funds are ring-fenced to deliver specific outputs, and the private sector carries some of the risk. But Carillion's demise shows taxpayers also shoulder the consequences - and that the build-and-operate model from construction-to-FM firms has not yielded the best results.

PFI contracts made longer-term planning for healthcare estates less prone to political variations in funding, Harris says. But there is room for improvement in any new form of public/private funding. In particular, says Harris, shared objectives should be better articulated in contracts.

Better metrics are needed to measure quality. "Most metrics are based on time: response times to complete tasks, schedules for when things need to happen," Harris explains. Better would be to ask: How well was that job done? Did we fix the problem today or do we have to come back again when it next breaks? "The quick fix may be in line with the contract but not necessarily in line with a long-term best outcome for patients and the hospital." 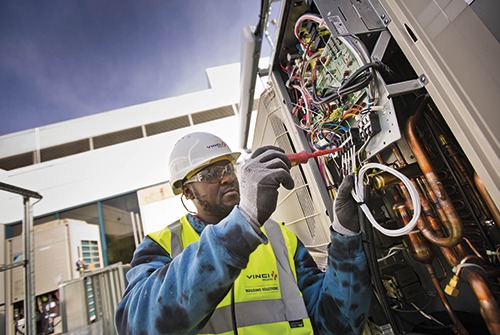 The sustainability agenda is putting more focus on NHS facilities to adapt to modern standards, but many trusts are stuck with ageing properties, which makes meeting sustainability targets a tough challenge, says Paul Featherstone, executive director of estates and facilities at Tameside and Glossop Integrated Care NHS FT.

And the realities of emerging 21st century healthcare - digital health, telemedicine, and delivering more community-based services to reduce demand for hospital services - are also adding to the tasks of estates and facilities teams, particularly when it comes to compliance, adds Featherstone.

The NHS's sustainability and transformation partnerships (STPs)introduced two years ago are important as they emphasise closer working between healthcare partners and local councils to plan for communities' long-term healthcare needs. This marks a significant departure from previous models but what it means ultimately in terms of the overall impact on a typical estate strategy is, at this stage unclear.

"We work very closely with our local council colleagues," says John Carey, director of estates, facilities and capital planning at Medway NHS and Social Care Partnership Trust. Carey notes that his trust is launching a new 'hub' in Gillingham - a community clinic for mental health - in partnership with the council from which they lease and fit out buildings.

In the past, Carey says: "We've been encouraged to develop as individual organisations and even to compete with each other under the government's framework for competitive healthcare and how that was supposed to result in a better deal for the taxpayer."

Featherstone notes the shift towards collaboration and integration but acknowledges that it is a complex approach to master. "It brings a set of challenges in terms of how we design our estate strategy to best meet the needs of the wider system," he says.

Along with greater integration, Fox says the NHS has also focused on rationalising its estates and disposing of assets. For example, the Southwark Clinical Commissioning Group last year sold surplus space to social landlord Peabody for £8.3 million. 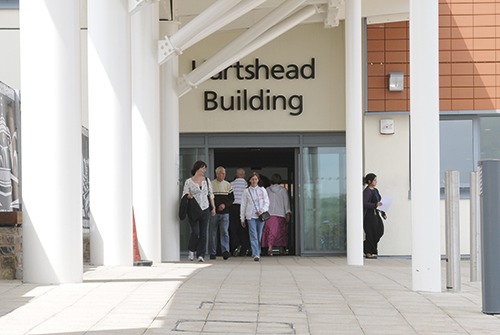 Joint ventures are also important, Fox says, for example, by creating staff housing to attract hospital nurses, helping to rationalise space and increase value to NHS employees. Commercialising the property through third-party enterprises such as retail outlets is also a valuable approach for estates and property services teams.

Integrated care partnerships (ICPs) aim for even closer collaboration between NHS organisations, partners and local councils to deliver a joined-up approach to healthcare  provision. ICPs will ultimately replace STPs by 2021 in accordance with the NHS Long Term Plan. From an estates point of view it is an opportunity to look at our properties as a "one health economy" and how assets can be shared across ICP regions more effectively, says Gary Lupton, executive director of estates and facilities at Medway Hospital Foundation Trust.

Using space effectively is a priority for estates and facilities professionals. Lupton says there's a significant focus on designing multifunctional spaces to accommodate multiple specialties and to maximise space more generally. But traditional beliefs linger. "People are still transfixed on the one-desk to one-person ratio, which is way adrift from the commercial world," he explains.