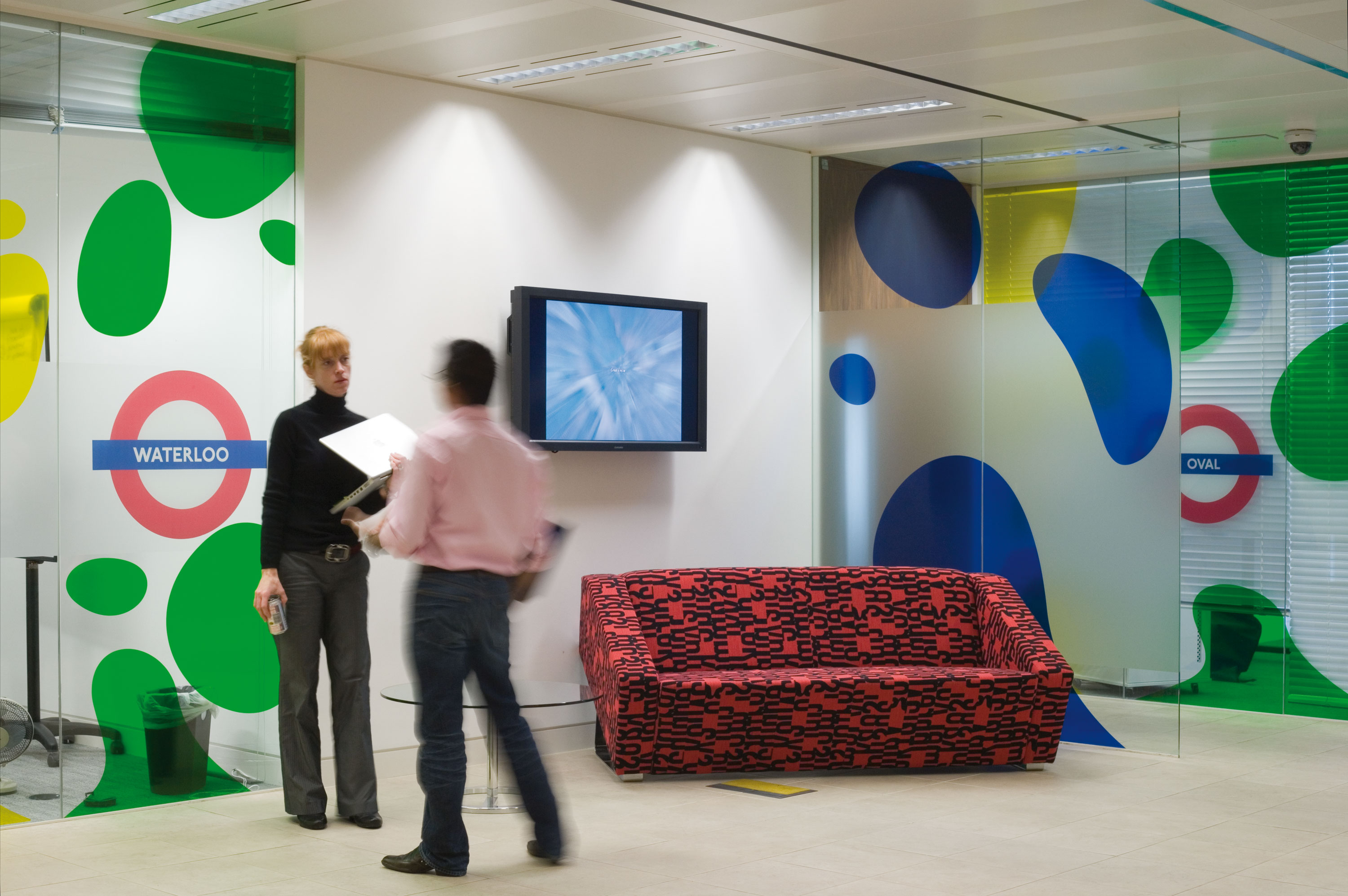 Google's founders started the company with the notion that the perfect search engine would understand exactly what a user wants and deliver exactly that. Judging by the firm's London office, those same standards of service and innovation are applied to the workplace itself

If visitors get their first impression about a company from the initial few minutes inside its building, then technology giant Google gets top marks straight away. Sitting in the Google reception, a stone's throw from Buckingham Palace, FM World is greeted by Eddie, the facilities dog, who runs up and launches himself enthusiastically into an excited welcome. And it sets the tone for the rest of the building: its employees (the Googlers) and the FM team.

The 112,000 sq ft office spread across three floors of a multi-tenanted building supports up to 1,100 Googlers and successfully mixes playground, gamesroom and teenager's bedroom with a dash of home office - surpassing most people's expectations of a workplace. "It's the sort of environment where you have to say 'why not?' when a Googler requests something," says Jane Preston, Google's UK facilities manager. "You end up doing the strangest things, such as turning a meeting room into an indoor park. But the engineers are happy and productive and that's the main point."

Preston has worked for Google for six years, joining when the firm was based in a serviced office in Soho Square. With a background working for entrepreneurial MBA students at London Business School, she was used to a budget-oriented but demanding environment and so "frugal Google" wasn't too much of a culture shock.

Co-founded by Larry Page and Sergey Brin, while they were students at Stanford University, Google started in a garage. The partners made up the working environment as they went along. Famously they took doors off their hinges and put them on trestles to use as desks. The firm has been identified multiple times as Fortune Magazine's #1 Best Place to Work as well as receiving accolades in the UK, much of which is down to the working environment.

The "Google stone" is a reference to a well-known phenomenon among new staff who, tempted by the free food on offer (the firm provides breakfast, lunch, supper and snacks) might gain a few pounds initially. But with a games room offering table tennis, table football and a drum kit, plus a studio with yoga, pilates and boxercise classes, there's a real focus on fitness. What's more, everyone at Google gets a free bike and is encouraged to cycle to work. Preston converted the car-parking spaces which came with the lease to bike rack spaces. And soon Googlers will have a permanent masseuse on site.  Every Friday is a "Thank Google It's Friday" day where the catering team lay on pizza, chicken wings and free beer and wine.


The Google global headquarters, the Googleplex, is located in Mountain View, California and the scale and environment is incredible, says Preston, who is tasked with replicating that environment in the UK.  "But the scale of things is different there - they have a wonderful sprawling campus whereas here we have considerable constraints and there isn't space for volleyball courts or to rollerblade in the car park."  For a start Google is a tenant in a multi-tenanted building where the loading bay barely provides enough capacity for the firm's full catering model.

"But Googlers expect creature comforts and it's just not good enough to say that we're in central London and can't provide the same facilities as Silicon Valley. But overall these are nice-to-have challenges." At the same time Preston is determined to create Googleplex with a local flavour.

"Googlers should know that they're in a Googleplex but in London." Hence the manifestations and huge artworks of the London skyline, a Tube map explaining the layout of meeting rooms and departments plus the famous London telephone boxes which are furnished with small chair and leaning table for private phone calls.

Google uses an outsourced FM model across its sites. Each office, depending on its size, has a facilities manager directly employed by Google (the Googler FM - Preston) while all other FM staff and services are provided by an FM services provider. The site FM reports to the European facilities manager who reports to the Real Estate and Workplace Services (Rews) team in California. In Europe Google has outsourced FM to Vector FM since 2003. The contract has grown from reception services in the Dublin office to providing full FM services in 13 countries serving 18 offices with an annual contract value of 8 million (£7.2 million). Working alongside Preston is Vector's Naomi Newton-Fisher, UK services manager at Google.

The London Googleplex has been in a constant state of fit-out over the past few years - the final major project was completed late last year when Google took on part of the building's third floor which had been previously occupied by Rentokil and BAA. But with a company mission statement of "never settle for the best", Preston and Newton-Fisher are kept busy constantly improving standards and responding to IT requests for comms room upgrades in addition to incorporating new staff following the acquisitions last year of Postini and Double Click.

And on top of the regular churn - the FM team moved 200, 37 and 60 people over each of the past three months ¬- Googlers will come up with requests such as wanting to turn all their desks around so they are facing one another. The FM team also deals with a huge number of visitors - about 2,800 a month plus high-profile visits from the likes of Cherie Blair, Sir David Attenborough and David Hasselhoff doing a series of talks to Googlers. And last year the Queen accepted an invitation to tour the office. On average the FM team supports 20 events a month. "We are always looking for ways to say yes to people. You have to consider health and safety but ask yourself why not?" says Preston.

Requests come through the global Google helpdesk system and it is redirected to the right team in the right country.  Each department manages their own ticket queue. Customer satisfaction surveys are automatically sent out to a random selection of people once a ticket they have raised is resolved. The team is then scored on the results of the surveys and Rews aim is to get a minimum of four out of a maximum five (they are currently running at an average of 4.7 out of 5 on responses in the UK). These ticket stats are reviewed by board level management which exemplifies how important the FM function is considered to be within Google," explains Newton-Fisher.

Google's world HQ is based in Mountain View, California, a stone's throw from the Shoreline Regional Park wetlands and in the heart of Silicon Valley. While not all Google offices around the globe are equally well-located, there are some of the essential elements that define a Google workspace: