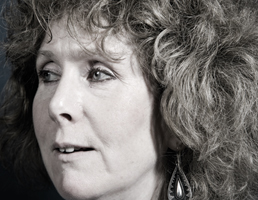 In the fourth of a series of interviews with industry figureheads, Cathy Hayward, founding editor of FM World, talks to Jane Bell, whose career spans more than 25 years

When Jane Bell started work at business consultancy DEGW, she found herself part of a team on the first trade title for a sector yet to formally commit to the term 'facilities management'. Today, she's a leading training consultant with a roster comprising universities and big name clients.

Cathy Hayward: When did you first hear the term 'facilities management'?

Jane Bell: It was when I joined DEGW in 1983. I'd been working for International Market Research, and when I made the move into publishing I found that market research was good preparation for working on Facilities Journal, which had just been launched at DEGW by Frank Duffy. I worked with Frank, Les Hutton and Joanna Eley and we developed a really fantastic network of contributors.

J: It was monthly. In those days it was published by the Architectural Press, which felt that FM was an offshoot of the architectural profession. Looking back through those old editorials there are lots of comments about the identity of facilities managers, echoing discussions that people would recognise today. A lot of the focus was on whether designers and architects would make good FMs - something that dates the publication a little bit now.

C: Why was Facilities Journal founded back then?
J: The partners at DEGW had great foresight. From their work in the USA they were aware of a move to develop better mechanisms for briefing on projects, for commissioning, and for creating feedback loops between designers, professional teams and end user clients. There was also recognition that there was a community of people in the UK getting involved in this field largely by accident.
Looking through the old editions of Facilities Journal, you see that the by-line is 'For the Building Administration Manager'. We weren't courageous enough to call people facilities managers in those days. There were a lot of lonely people out there in the 1980s; we used to get calls from anxious readers asking if there was there anyone else facing the same problems they had. Of course, with the introduction of the BIFM and other professional networks it's become much easier to make those connections.

C: So back then, where did you go if you were an FM?
J: There was no association, nothing. It was a question of whether you had any mates down the road - like-minded individuals that you could go down the pub with and share your ideas.
There was a cluster of people at large commercial banks such as Chase Manhattan where Roger Varnells was instrumental, along with colleagues like Roy Gillingham in setting up the initial Association of Facilities Management (AFM), one of the two organisations that fed in to the BIFM in 1993.

C: How do you think the industry has moved on?
J: The territory we cover is similar but there's been a change in emphasis. The big shift has been in recognising that FM is fundamentally a management discipline with more emphasis on management skills and leadership
Around ten or fifteen years ago, the issue of customer service became much more important. People started recognising the importance of the softer skills. Sustainability and environmental issues have drifted into FM, while they were more on the periphery in the old days.
The other thing that's changed is that today FM is practised in so many industry sectors. I think we may soon see people making their careers not as generalists in FM but as specialists in different aspects, such as hard or soft services, or indeed different industries.

C: How long were you at Facilities Journal?
J: I ran Facilities Journal for three years from 1986 to 1989. By then I'd I'd been with the magazine for six years and felt that it was time for a change. So I set up on my own, providing training consulting.
The College of Estate Management started its post-graduate diploma course in 1995, and I was asked to get involved  I've lectured on it ever since. I also then got involved with the UCL and various other institutions.
One thing very important to the future of the industry is a sound research base, and I was keen to teach at universities. Over the last fifteen years it's been very rewarding to see the number of courses and the range of formal education and training options grow, and to see the research base growing as people embark on post-graduate courses in research.

C: How did you find the leap from writing about FM to actually teaching it?
J: My focus has always been on training and professional development so I suppose I've always looked at this through the lens of trying to improve people's skills where I can, encouraging people to think about professional development in a structured way.
One of the encouraging things about where we are now is that the culture has shifted considerably. We came from a place where, quite rightly, there was a lot of respect for practical experience as a good training ground for professional FMs. But people are now realising that to gain the respect and credibility we all crave for the sector it's important to be formally qualified and have recognised credentials.

C: What was the point in your career where you felt that things really started to take off?
J: One milestone was the founding of the AFM. We'd run a conference back in 1984 at which twelve people stood up to say they'd like to start an association. The AFM was founded in 1985 and we soon had an education committee. Professor Bev Nutt was one of the pioneers on that committee, as was Peter MacLennan. So that was a highlight, trying to make the leap from well-meaning amateurs to having the first embryonic stages of a professional grouping.
Setting up my own business was also a personal milestone, and I've been privileged to work with a number of organisations over the years. Feeling that you're flying a small flag for professional development and training in FM has been very rewarding.

C: What about mistakes?
J: I've made some mistakes by rushing too quickly, not stopping to think things through. But as with all things in life you can only make what at the time seems like the right decision, and you have to take risks in life and move on from there. Learning from mistakes is very important, but so is staying true to what you believe in and not selling your soul.

C: What do you consider to be your key contribution to the development of FM?
J: I believe passionately in opening up new opportunities for individuals and giving people the sense that there is a direction they can follow that will not only benefit them at an individual level but will add value generally. I'm now a tutor on the BIFM qualifications programme, as well as continuing my other teaching activities, and you see these people going through a personal journey. It sounds like a terrible cliché, but there's no better experience than seeing a light bulb coming on in somebody's mind and seeing that they've grown in confidence and feel that new possibilities are opening up for them. It doesn't happen with everybody, but when it does it's very special.

C: What do you enjoy about FM as a sector?
J: FM is often compared to white water rafting: it's never boring and sometimes it's a little too exciting. It's a bit like those volcanic islands popping up out of the ocean - as an FM, you never know when there's a geyser that's going to open up under your feet.
The other thing I find riveting is how enthusiastic individual practitioners are about FM. It never ceases to amaze me that despite the many challenges involved, people are very resilient and robust.

C: Which of the challenges you faced at the beginning of your career are still with us today?
J: The identity crisis is still with us, and I think the other challenge is about trying to contain FM within a professional boundary. I mentioned specialisation earlier, and I wonder if FM might become rather more segmented. We're reaching a saturation point where, if we're not careful, we'll have diluted FM as a discipline by simply expanding its boundaries too far.

C: Where do you see the FM profession in 20 years?
J: I hope we'll be recognised as a very important area of resource management. There's a lot of talk about FM making it to board level; in organisations where FM is business critical, I would like to think that would have happened. I'd also like to see a joined-up career pathway in FM, from school leaver, right up to senior management. We're getting there.
Finally, I would like to pay tribute to all the hard work that people have put in as volunteers. I was a volunteer for many years on the education committee of the AFM, but there are a lot of unsung heroes who've worked tirelessly on committees, driving forward regional groups, giving people opportunities and raising the profile of FM. Those people tend to be modest and fade into the background, but I think FM has its own version of the big society, and long may it continue.

Career:
1989 - 2011: Set up her own consultancy practice, working with clients including Unilever Plc, The Department of Energy, Marks & Spencer Financial Services, Accenture, the Civil Aviation Authority, NTL, Cisco Systems, Centrica, the Legal Services Commission, the Royal Bank of Scotland, the Office of the Local Government Ombudsman, Nomura Plc, the London Borough of Lewisham, the Scottish Parliament and the National Society for the Prevention of Cruelty to Children.

1992-99: Retained as an adviser to the British Institute of Facilities Management, creating and running the Institute's short-course training programme.

1985: Founder member of the original Association of Facilities Management (AFM).

1983-89: Developed and later ran the Facilities Journal newsletter, the first publication of its kind in the UK.