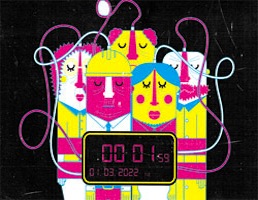 Recent research points to a worrying conclusion: within 10 years the profession will lose most of its oldest - and wisest - facilities managers, writes Nick Martindale.

A survey into the state of the facilities sector, conducted by the BIFM's international special interests group with Gensler, provided an invaluable snapshot of the industry as it stands today. Perhaps the most significant finding, though, made for uncomfortable reading.

Over half (56 per cent) of respondents fell into the 'baby boomer' category - the post-war generation born between 1946 and 1964 (indicating that they are currently between the ages of 48-66). Also, 52 per cent of respondents said they aimed to retire between the ages of 55 and 65. Couple that with further research conducted by Asset Skills, which found that 48 per cent of those people currently practising are aged over 45, and the message is clear: the industry is sitting on something of a demographic timebomb and runs a serious risk of losing valuable experience over the next decade, without necessarily bringing in the young talent to replace it.

"This is the most important subject facing the industry in the short and medium term," says Samantha Bowman, chair of the BIFM's Rising FM group and a facilities consultant with GVA Acuity. "We increasingly need the knowledge inside the industry, but we haven't got the new people coming through and our older members will be dropping off the scale."

Much of the issue with attracting new talent lies in the way in which the industry is portrayed, says Andrew Mawson, managing director of Advanced Workplace Associates. "Managing the workplace is a really exciting job," he says. "But it's not presented that way by the industry. The emphasis is much more at the operational level. We need to present this role of managing and transitioning the workplace in a much more exciting way, rather than it being associated with being a caretaker."

Alison Watson is founding director at school careers support service Class of Your Own, and lays the blame firmly at the feet of schools and traditional careers services for failing to promote the industry to people at a young age, or even to understand it. "Teachers themselves struggle with any profession in the built environment industries," she says. "The result is clear; careers are not identified early in young people's lives, nor are the routes to achievement and so there is yet again a skills gap."

It's a similar story even at universities, says Karen Waterlow, business services sector manager at Asset Skills. "There's still not particularly an awareness of what a good career FM offers," she says. "We've heard employers say that a graduate is selecting them as a good employer and didn't realise they'd gone into FM, as opposed to something like engineering or construction. They just wanted to work for the company. We want to change that."

FM has been reticent in courting students, says Liz Kentish, managing director of Liz Kentish Coaching, partly because it has traditionally relied on more experienced staff 'falling into the industry'. "We need it to be seen as a career," she says. "There are building surveying students who have a half-term module on FM. They get really excited about it, but because we don't engage with them very much, we are missing a trick in terms of encouraging them into the industry." The result is that they end up choosing more established professions such as surveying, she says.

Michael Hewlett is operations director at FM recruitment firm Maxwell Stephens. He believes the industry suffers in comparison with 'sexier' professions such as consultancy, but also says companies themselves need to do more to woo talented graduates. "In most companies the construction division is a lot more proactive about bringing in graduates than their facilities division is," he claims. But companies need to see a commercial imperative to invest in these types of initiatives," he adds.

There are signs that the industry is beginning to wake up to the problem, however, particularly with the launch of more formal BIFM qualifications - and an apprenticeship in FM - over the past few years. "I'm meeting employers now who are very consciously trying to address the issue," says Waterlow. "Initially, it was the service providers who were first to look at apprenticeship schemes and to start building a pipeline of people coming through, but a year down the line we're now seeing significant client employers also looking to address the picture as well."

The apprenticeship itself is a level three qualification developed by Asset Skills, which is mainly targeted at 16-19-year-olds, but there are also level two qualifications in construction and the built environment; and property, caretaking and facilities services. The BIFM, meanwhile, provides qualifications at levels four, five and six, while a number of universities and colleges also offer a level seven MSc or postgraduate diploma in FM.

"There are now hundreds of people going through the qualifications and the big service providers are training 20 or 30 people at a time, going through at level four and even five," says Bowman. "Every year that passes there'll be more trained individuals out there and they will be able to encourage other people to start training as well. People are aware of the gap and are trying to work towards closing it."

Nick Shaw is director of Vision 4, and former divisional director at VINCI, where he says there was a big focus on developing training programmes around the BIFM qualifications. "We would really demonstrate to individuals that there was a career path and that the industry is one of the largest in the country and I would think one of the more stable ones," he says. "The skills that are being promoted are there to support what is needed." He admits, though, that the industry does not have such an established legacy around professional development as some of the other associated ones, and that this will take time to establish.

Initiatives such as Inspiring Futures - a not-for-profit organisation that aims to facilitate industry professionals going into schools to talk about specific careers - and BIFM's Rising FMs, which last year held its first-ever careers day for the industry, are also gradually helping to raise awareness. "Those of us working in FM need to be talking about what we actually do, the impact we make on organisations and what a great area it is to work in," says Kentish. The Olympics will also raise the profile of the industry, she adds, prompting people to think about the logistics of running such events.

The skills required by FM practitioners in 2022 are likely to evolve over the next decade too. Mawson suggests there will be a move towards being more "workplace managers", requiring a far greater emphasis on softer skills than may have been the case up to now. "It requires a lot of engagement and communication and people will have to take something of a risk in exposing themselves to the leadership of the business," he says.

Technology will inevitably play a far greater role, too. Bowman points to building information modelling - where 3D offices are catalogued on computers - as something new entrants will have to get to grips with, as well as the possibility of running operations such as helpdesks from a number of remote locations. "We might not need these physical places for people in 10 years' time, but what else might the facilities manager have to do to look after those people and the technology that they're working with?" she says.

The economic and legislative requirements for greater sustainability and energy efficiency will also drive further changes to the role of the facilities manager, says Shaw, and with it the skills required. "The FM will need to support a wider sustainable energy policy around things like heating and ventilation, lighting and temperature control," he suggests. "The next one after that would be water, where government legislation will drive changes. It will require a change in emphasis, away from very simple planned maintenance to make sure things work effectively to energy-driven strategies to make sure they work efficiently."

While these areas may attract a new generation into the industry, there's also a risk they could simply exacerbate the skills gap by driving up the requirement for skills practitioners.

"Sometimes the profile that these projects get can take people away from the pure FM environment," warns Bowman. "Even big projects like Crossrail will draw on thousands of people in and around London in the next five to 10 years. We are definitely sitting on a bit of a time bomb."

Twenty-five-year-old Andrew Hulbert first found out what FM was when he landed
a placement with Rollright Facilities during his summer holiday at the end of his second year
at university.
Like many students, his initial impression was not favourable. "I remember looking at the website and thinking they were just a cleaning and security company," he recalls.

The placement, though, convinced him that this
was an industry in which he could progress quickly.
"I could tell there weren't an awful lot of young, bright, intelligent, enthusiastic graduates coming in and I could see there would be opportunities," he says. He stayed in touch with the organisation during his final year and joined on a full-time basis in August 2008.

Hulbert is now actively involved with both Rising FMs and Asset Skills in promoting FM as a career to schoolchildren and university students. "We need to come up with a new approach in terms of how we
tell people about the industry," he says. "It starts at
the careers advisory level - some of them have never heard of it."

Almost four years down the line, Hulbert now manages a portfolio of accounts worth around
£5 million and manages around 100 staff within that.

Later this year, he will complete his level seven MSc in facilities and environmental management and already has designs on moving further up the company and taking a more strategic position.