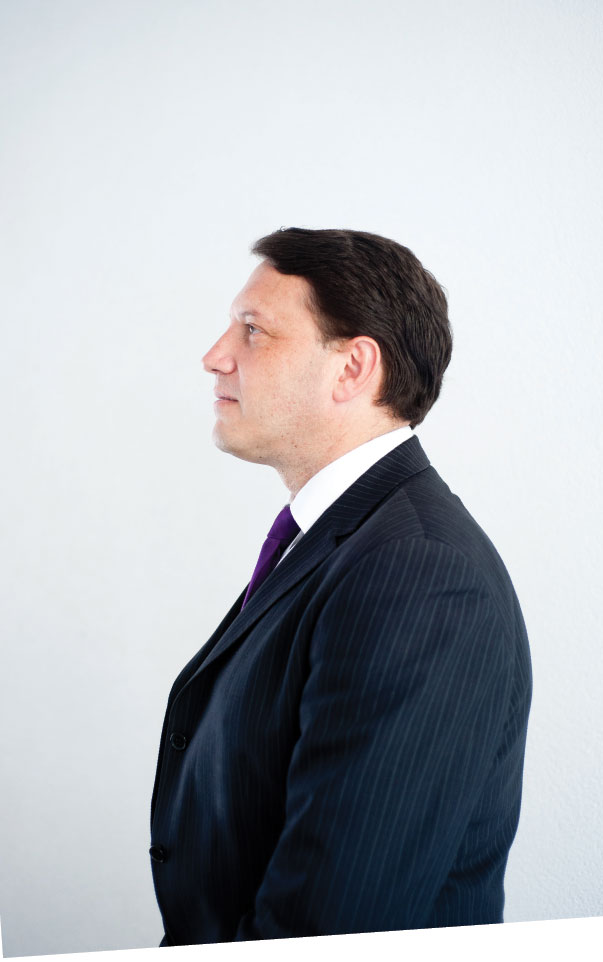 In February, Gareth Tancred became full-time chief executive of the BIFM. So how did he make it to here? And what is his vision for the institute?

Gareth Tancred's appointment as BIFM chief executive followed five months of doing the same job in an interim capacity and just over two years as the institute's chief operating officer. As the new man at the top, he is acutely aware that his is a high profile position in an institute representing a dynamic, often misunderstood sector.

Since his appointment as interim chief executive last October, Tancred has overseen plenty of change to the institute. It's a work in progress and more announcements can be expected. But Tancred speaks of a more agile organisation with faster decision-making processes, more transparency and less aversion to risk - all issues that he readily admits the institute has been criticised for in the past.

Tancred is also keen to make the institute a more rewarding organisation to work for, giving managers more leeway to get things done without necessarily going through the existing bureaucracy.

"In the past, most decisions have been made from the top," he says. "We're empowering our people to make more decisions, giving them more responsibility where we can. We restructured earlier this year at executive team level, and now we're in the process of re-engineering our management team.

"We're also streamlining the front end of the business, speeding up our processes and making them more integrated with our individual and corporate members. In the past, we've had separate front-facing parts of the business. We're re-organising around a more process-focused view, ironing out some of the creases. Our new website project is key to these process changes and, as a spin-off, that will give us some internal process improvements too."

Tancred emphasises how his career history makes him particularly well qualified for this role. Although an accountant by profession, he's keen to debunk the assertion that he's just a numbers man.

"For me it's an absolute positive that I have a financial background. One of the things about chartered management accountants is that they are accountants for business - and that means you get to know a lot about running an organisation, not just running the numbers.
"In the past I've inherited property portfolios; acquired properties, disposed of them and managed fit-outs. I was at the heart of projects managing that. In two or three organisations, I had the responsibility for FM without fully realising it at the time.

"Also, I've been a member of professional institutes for the best part of 20 years, so I already knew a lot about them before I joined the BIFM. I'd obviously done my homework before I came here, but what still surprised me was the speed at which institutes work compared to private businesses. Because of their business model as not-for-profit organisations, institutes typically don't have the number of dedicated non-executive directors that firms in the private sector have. You become reliant on volunteers, and although volunteers are excellent - particularly this institute's - it's a process that can slow things down, as they all have day jobs".

Giving the BIFM the kind of speed of response and agility of a private business is a challenge Tancred relishes and he's already looking at comparable membership organisations to see what lessons the institute can learn from them.

"What motivates me is making a difference. In this role I see a huge opportunity for FM. If you look at the big issues of the day - cost consciousness, the carbon agenda, welfare - FM has a significant role to play. As the institute representing it, we should have a voice and we should be helping the people in our sector to address the issues on those agendas.

Tancred also has ambitions to increase the reach of the institute. "When you look at the size of the sector, it feels that we should be bigger. FM in the UK is world renowned, but in some countries they're where we were 20 years ago. What opportunities do we at the institute have to influence FM across the rest of world? That seems to me an important question to ask.
"As for my personal motivation, I've always liked working with and helping to develop people. I really enjoy keeping in touch with people I've worked with over the years."

So that's the motivation, but what of the inspiration? Who are the business leaders Tancred admires? Sir John Harvey-Jones stands out in particular. "He was always outspoken and quite controversial. But he took ICI from a loss-making business into one that posted the first billion-pound annual profit of any company in the UK. The way he worked was inspirational to me."

And then there's the publicity-shy Richard Branson. "People either love him or hate him," says Tancred, "but what inspires me is that he's not afraid of a challenge - he will take on a project that looks impossible and puts good people in place to make it happen. Also, he never asks people to do things he wouldn't do himself. As a leader, being able to show to your team that you're not asking them to do anything you wouldn't do yourself is a very important quality in my book."

"I've spent 20 years as an accountant, but I've never seen myself simply moving from one financial director's role to another. I've always enjoyed getting outside of mainstream accounting so I've taken career choices that have given me exposure to more commercial areas. I've always seen myself as a general manager rather than simply a financial director. Getting a finance qualification has given me a good business grounding, but there are lots of other things in business I like doing.

"I'm really enjoying this role and would probably have done something similar in another type of general management role. There is so much to this role and it's great to meet so many leaders in so many organisations that I can learn from personally. We're seeing the role of the FM change, with organisations increasingly aware of the value they get from their FMs. As an organisation, we need to adapt to what our members want and we're already doing so. Take sustainability: it's clearly a key issue for organisations and when we set up our sustainability special interest group [Sig] it quickly became one of our most successful Sigs.

"I'm also enjoying meeting and getting to know the younger people in our profession. The FM World Rising Stars event [full report in the next edition, 21 June] was an opportunity to meet some of the up-and-coming people in the sector. Speaking to them, it's clear that most have come out of university with all sorts of degrees, but have just found themselves in FM. I believe this is something we need to change. We need to make FM a career of choice rather than a career of chance.

"One of the ways we can do that is develop appropriate pathways. At the moment, we're working with Asset Skills to develop apprenticeship pathways and, of course, there's the qualification framework from levels 3 to 7 to embed people into careers and is transportable with them. For young people thinking about a career in FM, it's important that they can see all these things in place."

And Tancred believes his experience as an accountant allows him a good insight into how easy it is for people to underestimate the sector.

"Unfortunately, the accountants of this world don't typically recognise FM as a sector and when presenting costs to the board, all of these component parts are broken down into disparate elements - insurance, rent, rates, lighting, heating, and so on. But when you lump all that together as property costs it soon becomes a very big number indeed."

He has a message for government, too: "If you want to drive better value from the UK's building infrastructure and deliver all your environmental initiatives, who better to talk to than FMs? And if that's the case, who better to talk to than the institute that represents those FMs? We are already very active in a number of government forums to promote various things that help UK plc as a whole."

I ask Tancred what he thinks it takes to do this job. He pauses. "You need to be a good listener. This is not a business I own. I can't just go off in my own direction. We're a membership organisation - we need to listen to what our members want.

"Also, it's such a wide sector that we're not always going to get things right first time. There'll be people who'll say you should be doing this and that, so I guess you also need broad shoulders and a thick skin.

"Oh yes, and one more thing. You could really do with eight days a week"