A year ago, Ismena Clout and Liz Kentish took on the roles of BIFM chair and deputy chair, respectively. It's been an eventful 12 months...

It seems like only yesterday that Ismena Clout and Liz Kentish took their positions as chair and deputy chair of the BIFM.

A huge amount has happened at the top level of the institute since the early months of 2012: the appointment of a new chief executive; the ratification of a new strategy; and the completion of the institute's qualifications structure. All this has kept everyone at Bishop's Stortford busy.

To cap it all, now there's talk of a possible merger between the institute and three other representative organisations. For the BIFM, these are certainly interesting times.

Change agents Prior to taking the chairman's role, Ismena Clout had spent two years as one of two deputy chairs. She stepped up to succeed Hallmark Cards' Ian Broadbent last June. 'Year One' of Clout's two-year term has seen her representing the institute at IFMA World Workplace in San Antonio, Texas, and travelling to Malaysia to learn about the FM market there. She opened ThinkFM 2012 and the BIFM Awards, and spent a considerable amount of time bolstering the institute's relationships with other associations and government. Much of the work, however, has been closer to home. "We've had a lot of changes within the institute, so the first year has been about bedding those in," says Clout.

"The focus has been on budgets and financial performance, as well as on getting what is a predominantly new board working correctly and well." It's work that has proved fruitful. "As an institute, we're in such a strong position compared to where we were a year ago," says Clout, "and our membership numbers are going through the roof. We've got more than 13,000 members and that represents a 10 per cent increase in just the past couple of years. That's down to growth in the industry itself and people looking to the institute for guidance."

Clout's deputy, Liz Kentish, agrees, and points to the many changes made to the institute's executive team. "We are much clearer about where we are going, in terms of strategy and how we communicate," says Kentish.

"We're more agile in our decision-making and we talk to our membership more frequently. More of our people from head office, for example, are engaging with members directly. Take the membership team. Members used to say that they didn't see the membership team, apart from when they were renewing their membership. Now, the team from Bishop's Stortford gets out and about, spending time shadowing FMs and finding out what it's really like to be a facilities manager. It's critical that they understand their challenges, so that they can then better understand what we need to do as an institute to support our membership, to make their lives easier." 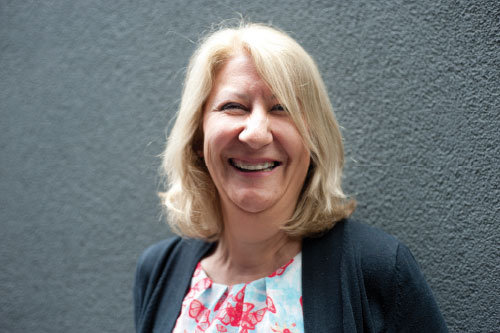 Two new branches have been set up since Clout and Kentish took on the chairmanship, both based outside of the UK.

"The new Channel Island branches have been a long time coming," says Kentish. "The launch events were so well attended; people have since told us they'd been crying out for something like this - it just needed the BIFM to facilitate it and bring everyone together. "One of our strategy aims is to take more of an international approach; a number of our members are outside of the UK anyway, so the question is, 'how can we support them more?' Are there areas we should be focusing on outside of the UK? We've not yet come to any conclusions about what they might be, but we're going to look into the opportunities."

And there is quite a lot of respect for the BIFM beyond these shores. According to Kentish: "The people I've met on my personal international travels tell me they think the BIFM is a great membership organisation, it represents the industry well - and our qualifications are pretty damn good. People aspire to use those qualifications in their own countries. The UK is held up as a great example, particularly from an outsourcing point of view."

School's out
Over the past two years, the BIFM qualifications structure has been fully fleshed out with qualifications from Level 2 through to 7. "It's a really solid framework now," says Kentish, "but nothing's ever a done job; there'll be other opportunities to add to it. Personally, I'm really keen for us to work with schools. In the past year, we've added the higher level apprenticeship and the Level 2 qualification. But I'd like to see something like the equivalent of a GCSE in sustainability or the practice of facilities management. We need to get involved with organisations that have the ear of the schools, for example Ofqual, Edexcel - the real drivers of the national curriculum."

"We've talked before about our sector's demographic time-bomb," continues Kentish. "Now's the time to really start encouraging people into the industry, whether it's young people or people leaving the armed services - there's a whole raft of people out there who are potential FMs of the future."

Do we over-emphasise the 'new frontier' aspect for young people? The idea that if they come to FM, they can help in developing the profession? "I think we are now a fully formed industry," says Kentish, "but what we still need to do is define what FM is, because there must be thousands of differing job descriptions among our membership.

"Maybe that's what makes us special though," she continues. "Go into accountancy, and you'll practice accountancy; become a barrister and you'll practice law. But come into facilities management and you could be doing all sorts of things, perhaps even creating a role for yourself in the wider industry. One of our USPs is that FM is such an ever-changing industry."

"The whole industry is at a point where it needs to have a stronger voice, to move forwards and be taken more seriously by government and UK plc," says Clout. "At present, there are a lot of different voices, so by having one united voice we'd be able to get that message out more clearly. The possibility of a merger fits with the strategy that the board signed off at the end of last year. BIFM is in a strong position and we have a lot that we want to do. A merger would only enhance that. It's a very exciting move."

The trio have been the public face of the institute ever since, appearing together most recently in a Sunday Telegraph supplement. Putting forward the institute's public position on a range of topics is a key part of the plan to engage with a wider audience, says Clout.

"Not everyone is going to agree with what we say, but as long as people understand why we've taken a particular stance and that we ensure we give anyone who doesn't agree a forum to put their opposing view, we'll be doing the right thing." 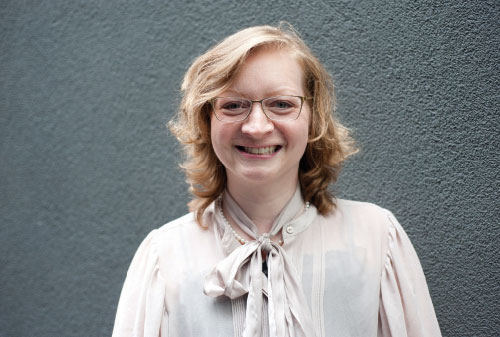 2014 and beyond
Finally, what of the immediate future? What will the second year of this chairmanship bring?

"The next year is about leaving the board in the strongest position so that when I hand over to my successor, they can hit the ground running," says Clout. "I'm excited that Liz is our deputy chair, and the responsibility is on me to make sure I take her along in the process with me, to give her as much of my experience and knowledge as I can and build her up into the role, so she's in the best possible position to be elected chair."

The election of Clout's successor as chair will probably take place at the first-quarter board meeting in February 2014. Says Kentish: "I think we're far smarter at succession planning than we used to be. There's more pre-qualification, more awareness of what the job entails." Elsewhere, the potential of the merger will influence a lot of what happens next. "Aside from that, we'll keep lobbying, seeking out effective relationships and pushing to be involved wherever we can be effective," says Clout.

In terms of promoting the profession, Kentish says it's as much about what members can do as it is the institute doing it for them: "I'd like to see our members stand up and be counted a bit more. It's not just the BIFM with responsibility for raising FM's profile - everyone who works in the sector can do a little bit more: talk to their school, their organisation, explain what FM is. When the Telegraph supplement came out, Gareth Tancred said that if everybody who read his tweet went to speak to their school, just think how many people we could inspire. We have 13,000 members - that's potentially 13,000 schools."

And in that, Ismena Clout is playing her part. Next month she goes back to her old girls' school to speak to the next generation about how she's risen to chair a national institute - and, of course, to put the case for that next generation pursuing a career in FM.