Last time FM World caught up with James Wagg, he'd only been at his post for three months. Wagg is the facilities manager who runs OCS's contract with the Kia Oval in central south London.


On World FM Day 2012, held on 28 June, we spoke to Wagg as he dealt with the effects of a compressed international cricket schedule that was forced on the venue by the London Olympics, then just a month away.


Since then, Wagg and the OCS team have dealt with all the different forms of cricket as the sport has to offer, together with weddings, corporate events and a host of specialist maintenance activities.


OCS has been the stadium's facilities partner for the past six years, delivering stewarding, cleaning, catering, security and maintenance. The current contract is coming towards the end of the second of nine years. Cricket enthusiasts may also recognise the OCS name as sponsor of the ground's largest stand, which opened in 2005. OCS has south London roots, and fittingly the company boasts a long relationship with Surrey County Cricket Club (CCC).


But the Kia Oval is far from a typical stadium. For a start, it has an extraordinary history. Home to Surrey County Cricket Club since 1845, it hosted the first FA Cup final in 1872 and the first international football match in 1870. (England's Victorian generation were just as unconvincing as their contemporaries, posting an uninspiring 1-1 draw against Scotland.) Today, the ground plays host to cricket of all possible varieties. There's the One Day International World Cup, the T20 World Cup, the County Championship, not to mention the test match this year against Australia.


The land on which the Oval sits has been leased from the Duchy of Cornwall since 1845. Today, busy London roads cling tightly to all sides of the ground yet its distinctive oval shape is easily identifiable on any map. These restrictions on available space mean that even some routine cleaning activities need some strict project management in terms of movements in and out of the ground.


It's a daily challenge to project manage who is on site. This includes sub-contractors such
as Sky, which OCS often assists by removing seating areas or equipment that may affect maintaining broadcaster's camera positions.


In his eighteen months in the role, Wagg has introduced a more scheduled way of working, replacing the just-in-time approach prevalent before the appointment of OCS. "You've got to build strong relationships with your sub-contractors to get the flexibility you need on a site like this," he says. "We've got a lot of contractors who will help with any last-minute requirements, and that's thanks to strong relationships because they understand how important it is."


Wagg explains how specific arrangements ensure the agreement stays flexible. "We've built in a lot of service agreements for match days so that, for example. This means we have a faster response times from sub-contractors, should the lifts break down." 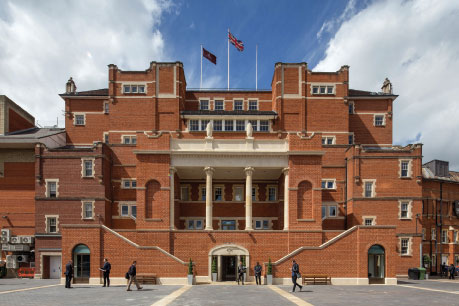 Setting boundaries
It's also important to be closely tied in to the client's operational activity and the Kia Oval operates a 'one-team' approach to contractor management. "I work in the same office as the client's operational team and report in to the operations director," says Wagg. "He uses me just as he does any other member of staff. I am involved in the meetings with all the directors and managers of Surrey CCC on a weekly basis. I have direct contact with the chief executive for any jobs he may require."


Wagg explains that the psychological aspects of this way of working involve keeping the boundaries in mind. "All I have to remember is that I'm a service provider, and make sure I keep that clear in my mind, and my staff's. I actually control the budget for the client on the maintenance side and conduct the budget reviews. I put in budget requests for the year and am given full control. It's a strong relationship and it works."


Wagg has had quite an influence on budgeting. "When I arrived here I was amazed at how many different budgets there were," he explains. "For example, if the ticket office wanted something fixing the money would come from a separate ticket office budget. So I said, give me a budget line for ticket office and I'll look after it. They can just tell me what needs to be fixed and I'll worry about it from there. If we need cherry pickers, why don't I put in a line for cherry picker hire?"


Wagg manages his four service streams under four departmental heads. "I have individual maintenance, housekeeping, staffing and security managers. We meet monthly to set up a schedule of what needs to be done and discuss their ideas about what they'd like to do."


All four have stepped up into their roles from supervisory positions. Maintenance issues are many and varied, ranging from broken lifts, blocked up pipes and electrics tripping out (catering vans can sometimes overload the available electrical capacity). And this year's ICC Champions Trophy events put pressure on electrical capacity. According to Wagg: "We've probably put in about £30,000 worth of electrical installations this year alone.


The International Cricket Council (ICC) required the venue to have LED advertising perimeter boards, so we had to provide power for them too. They take a lot of power to start up. And the ICC also required us to provide backup generators for the floodlit games. So I had to get four generators, one of which had to be craned in at the front of the pavilion. Due to the weight of the generator, I had to get trackway put in place to take the crane lorry and we had to crane the generator into the corner."


Like maintenance, cleaning is affected by the lack of space on-site and the presence right across the road of residential properties. "We have to take into account the locals here," says Wagg. "The noise from the road means that we can work all the way through the night on one side, but on the other we can't. So we start cleaning on the quiet side and work our way around."


New facilities, such as the furiously lime-green corporate entertainment area at the top of the OCS stand can also be testing for cleaning personnel. 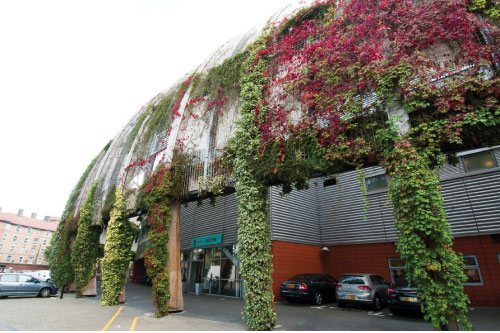 Match management
Stewarding is a key requirement of the contract, with OCS obliged to provide staff to a widely varying schedule.


"We like to use people from the local area," says Wagg. "It makes it easier for people to get here on match days, especially Sundays when no Tube trains are running until 7.00am and we need to get people here by 6.30am."


Stewards need to have attained the NVQ2 in Spectator Safety to work at the Kia Oval. "We'll only employ people with that qualification. And for door supervision, our people must have the SIA license in conjunction with the NVQ."


Fortunately, there's a core of supervisors and managerial staff that return each year for the cricket season, and Wagg has been keen to retain as many operatives as possible. Of the 700 people who worked for OCS on the contract in 2012, 400 were reemployed in 2013.

Wagg has introduced a staff newsletter detailing upcoming events, so for example when the company knew that matches in the International Cricket Council (ICC)'s Champions Trophy were to be hosted, they were able to advertise those jobs in advance.


OCS has also sought to attract stewards from its London football club contacts. "They need to know their cricket etiquette," says Wagg. "And that means ensuring spectators don't move around between overs. Also, you can get lost very easily in this ground, though you might not think it. Our stewards need to ensure that people don't get into certain areas."


Since 2012 a new £2.2 million members pavilion extension with grand façade been built. Designed by architects working for the Duchy of Cornwall estate, the building, and the public realm situated in front of it, presents the Oval in a dramatic way to passers-by and visitors approaching the venue from the Oval tube station. Designed with classic Doric columns and terraces, it provides space for a new member's entrance and concierge lobby that is also Surrey CCC's ticket office and front-of-house on non-match days. New gates double as turnstiles on match days, allowing for faster access.


The Prince of Wales himself has visited the venue a few times. (The Prince's Trust has a base on site offering studying facilities to local students in conjunction with Lambeth College.)

Future investment
The club invested £4.5 million last year in projects, £2 million on the new façade as well as a new PA system while the capacity of the OCS stand is being increased by another 1,000 seats. More toilets are to be installed and 1,000 seats added to the OCS stand.


One recent addition is a separate office for stewards, a wooden structure built underneath one of the main stands (pictured) so that staff can store all of their valuables and change uniforms.


"The club is investing in the facilities and is conscious that it wants to make The Oval the home to watch international cricket," says Wagg who, having worked through many changes to the planning of works and running of the contract, still has lots that he wants to achieve.
"I'll be happy when the model is right," he says. "We've a CAFM system that needs tweaking to allow the client to pull up all the details of what's in this ground - when it was installed, how much it cost, how much it has depreciated; I want to get all of that information into one place."


The Kia Oval is the only cricket ground that OCS currently manages, but Wagg hopes that will change. And Wagg would develop a template for managing The Oval that could be transferable to other similar venues.


"Yes, I'd like to create a model. Things should be set up so if anything did happen to me then someone can always pick it straight up. If an environmental health officer walked in today, the files could be readily found on my computer and manually. It's not rocket science, it's about making sure it's simple and easy to follow. That's what I would like to create here.

"I think there's a few things we need to change around but we're definitely going in the right direction. It's a fantastic place. The people here... it's amazing just how hard they work. And that's not just us but the client's people as well. A lot of people have been here for a long time, and that's always a good sign. Everyone's got that same pride and passion."

London (Central)
Circa £50,000 per annum depending on experience
Reference
59380
END_OF_DOCUMENT_TOKEN_TO_BE_REPLACED